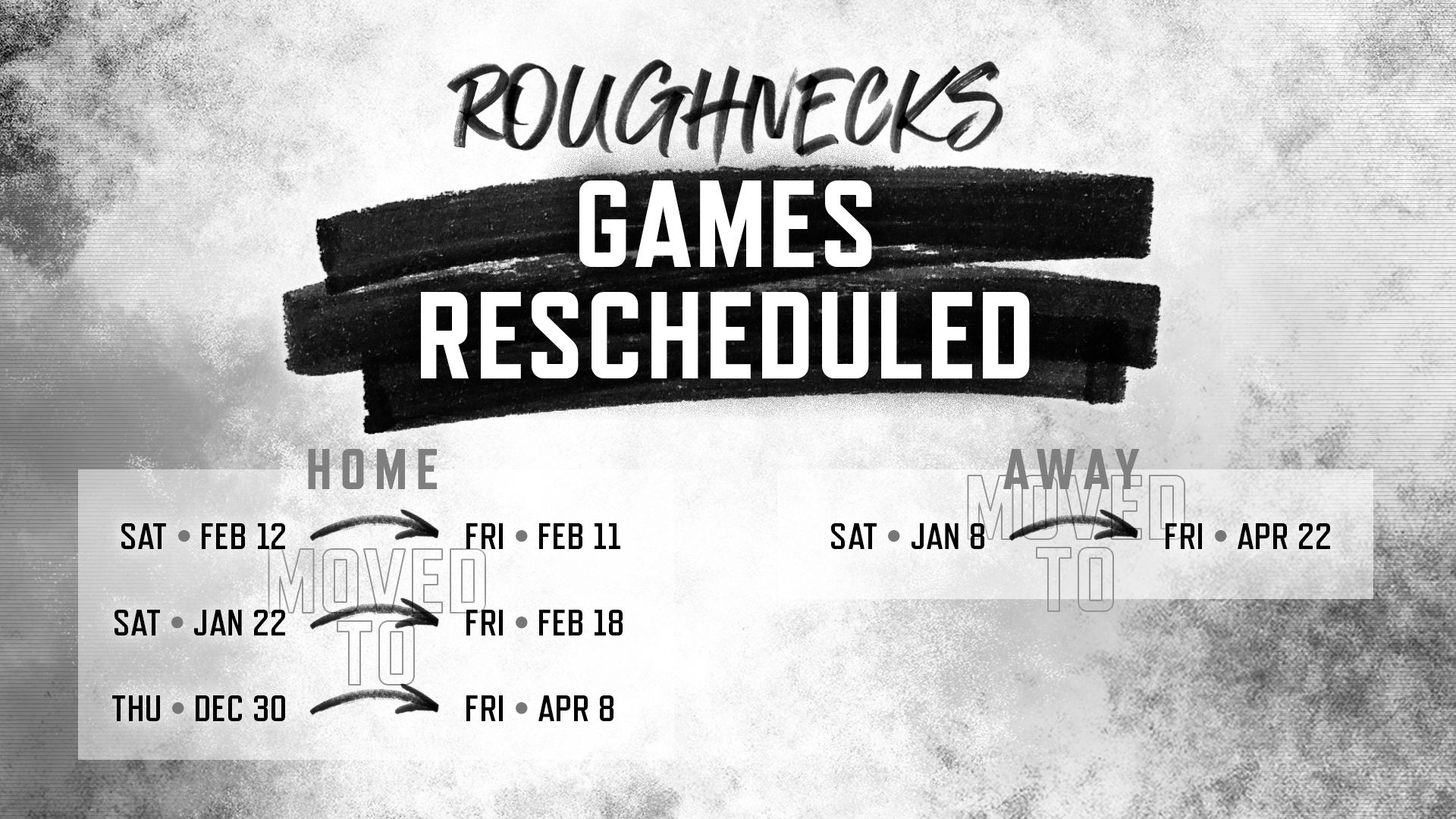 Calgary, AB – The Calgary Roughnecks today announced that the home game scheduled for this Saturday, January 22nd has been postponed and will be played on Friday, February 18th.  This game is part of four games that have been rescheduled by the team.  Other dates include the previously postponed December 30th home game versus the Halifax Thunderbirds which will now be played on April 8th. Additionally, the February 12th game versus Colorado has been rescheduled for February 11th. The Roughnecks will also now travel to Rochester on April 22nd for their match-up against the Knighthawks.

Game times for February 18th and April 8th will be confirmed upon announcement of a revised TSN broadcast schedule.