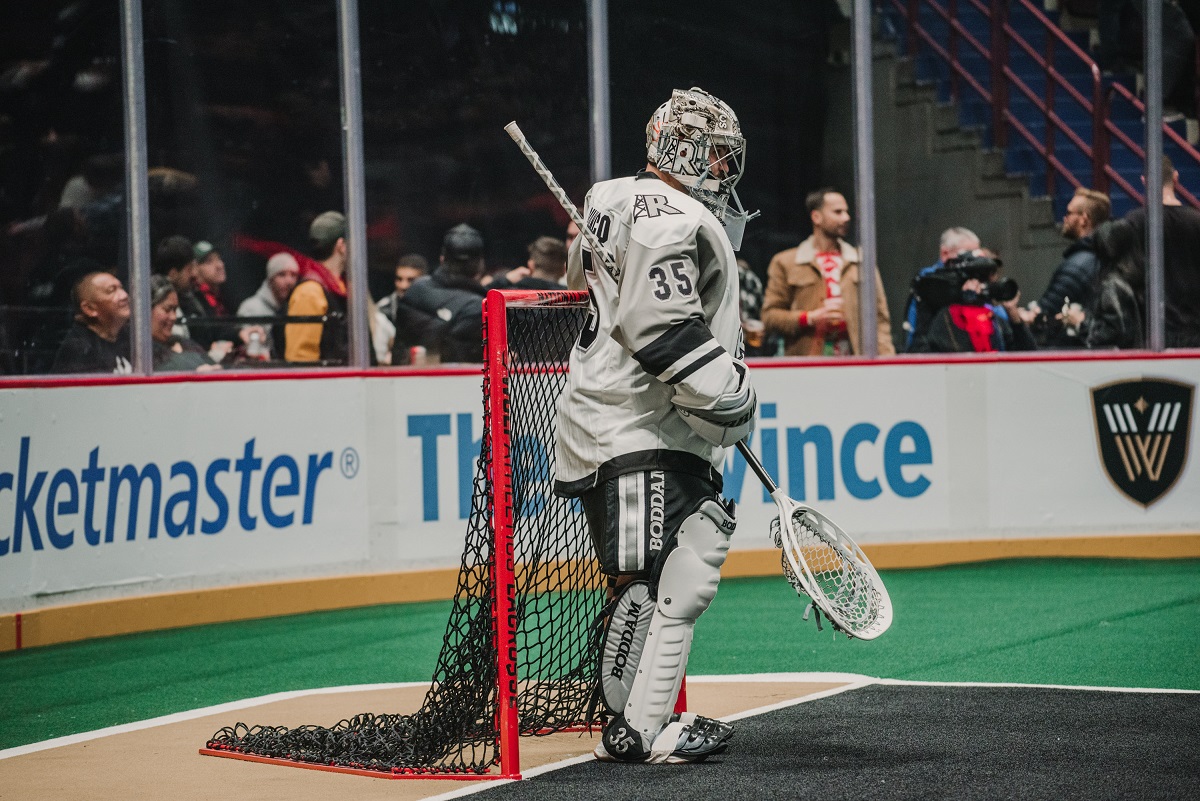 CBD was simply stellar as the Roughnecks improved to 2-0 to start a season for the first time since 2012 with a 14-5 thrashing of the Warriors in Vancouver on Friday night.

They beat the Warriors 11-9 in their home-opener at the Scotiabank Saddledome a week ago.

Christian Del Bianco put together a goaltending performance for the ages, finishing with 48 saves and an impressive .905 save-percentage.

Incredibly, he allowed just one goal on 22 shots in the first half.

The Riggers came out of the gates strong,  Tanner Cook staying hot and finding the back of the net on the powerplay.

It didn’t take long for the Roughnecks to extend the lead as Tyler Pace found Jesse King in front of the net who fired the ball home making it 2-0.

The Roughnecks continued their early run as Kyle Waters fought through the middle of the floor and put home his first goal of the season to make the score 3-0 after the first-quarter of play.

The Roughnecks continued to extend their lead early in the second-quarter with Haiden Dickson picking up his first goal of the night.

It became a five-goal-run with just over six-minutes to go in the half as Harrison Matsuoka found Shane Simpson in transition and Simpson dunked it home for a 5-0 lead.

The Roughnecks would score in transition again as Jeff Cornwall became the sixth different goal scorer for Calgary. That goal would chase Steve Fryer from Vancouver’s net.

Christian Del Bianco made 19 saves to start the game before Vancouver finally found the back of the net to make the score 6-1 with just over three-minutes to go in the half.

That didn’t stifle Roughnecks momentum, as they passed the ball around beautifully before Dickson picked up his second of the game.

Calgary would get a gift shortly after with Vancouver’s new goaltender, Aden Walsh bobbling the ball in the crease and Zach Herreweyers scooping it up to tally and make it 8-1 at the half.

Curtis Manning took a penalty early in the third-quarter but it was the Roughnecks who would find the back of the net again as Simpson scored his second of the game to make the score 9-1.

Vancouver would find the board again halfway through the quarter, but Tyler Pace would add to the Roughnecks lead shortly after, scoring back-to-back goals to make the score 11-2 after three-quarters.

Dickson would finish off the hat-trick early in the fourth-quarter on the powerplay, then after a Vancouver tally, ne notched his fourth of the night making the score 13-3.

The Warriors found the back of the net to put the score at 13-4 with about 12-minutes to go.

Del Bianco made a highlight real, cross-crease stick save to put the cherry on top of his outstanding performance halfway through the final frame.

Herreweyers would put the Roughnecks up 14-4 with his second of the night before Vancouver got back on the board to make the score 14-5.

It got chippy at the end of the game once again as Shawn Evans hit Manning well away from the play, that went uncalled but Evans was eventually given a 10-minute misconduct that ended his night.

The Roughnecks are back in the Rough House Dec. 30 against the San Diego Seals. TICKETS