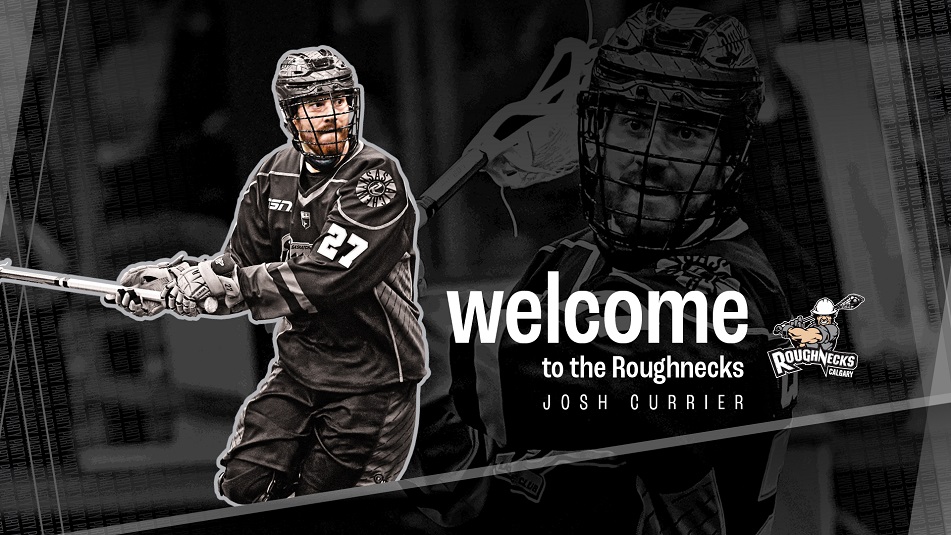 The Calgary Roughnecks today announced the acquisition of forward Josh Currier from the Saskatchewan Rush, in exchange for a conditional third round pick in the 2024 National Lacrosse League Entry Draft.

Currier, a native of Peterborough, ON, has played six seasons in the NLL, after being selected in the First Round, 6th overall by Rochester in the 2016 Entry Draft. He was named to the 2017 All-Rookie Team, tallying 35 points in 12 games in his inaugural season.

“We have liked the type of game Josh plays for some time,” said Calgary Roughnecks General Manager, Mike Board. “He is athletic and has shown he can score in this league. We look forward to him contributing to the success of our team.”

The Roughnecks host the San Diego Seals on WestJet Field at the Scotiabank Saddledome on Saturday, January 14th. Fans who purchase a regular priced ticket to the Jan 14th game will receive a half-price ticket to their choice of the February 10th matchup against Saskatchewan, or the February 11th party against Colorado. Fans can head to CalgaryRoughnecks.com/tickets for more information and to purchase tickets.

“Come for the Party… Stay for the Game!”