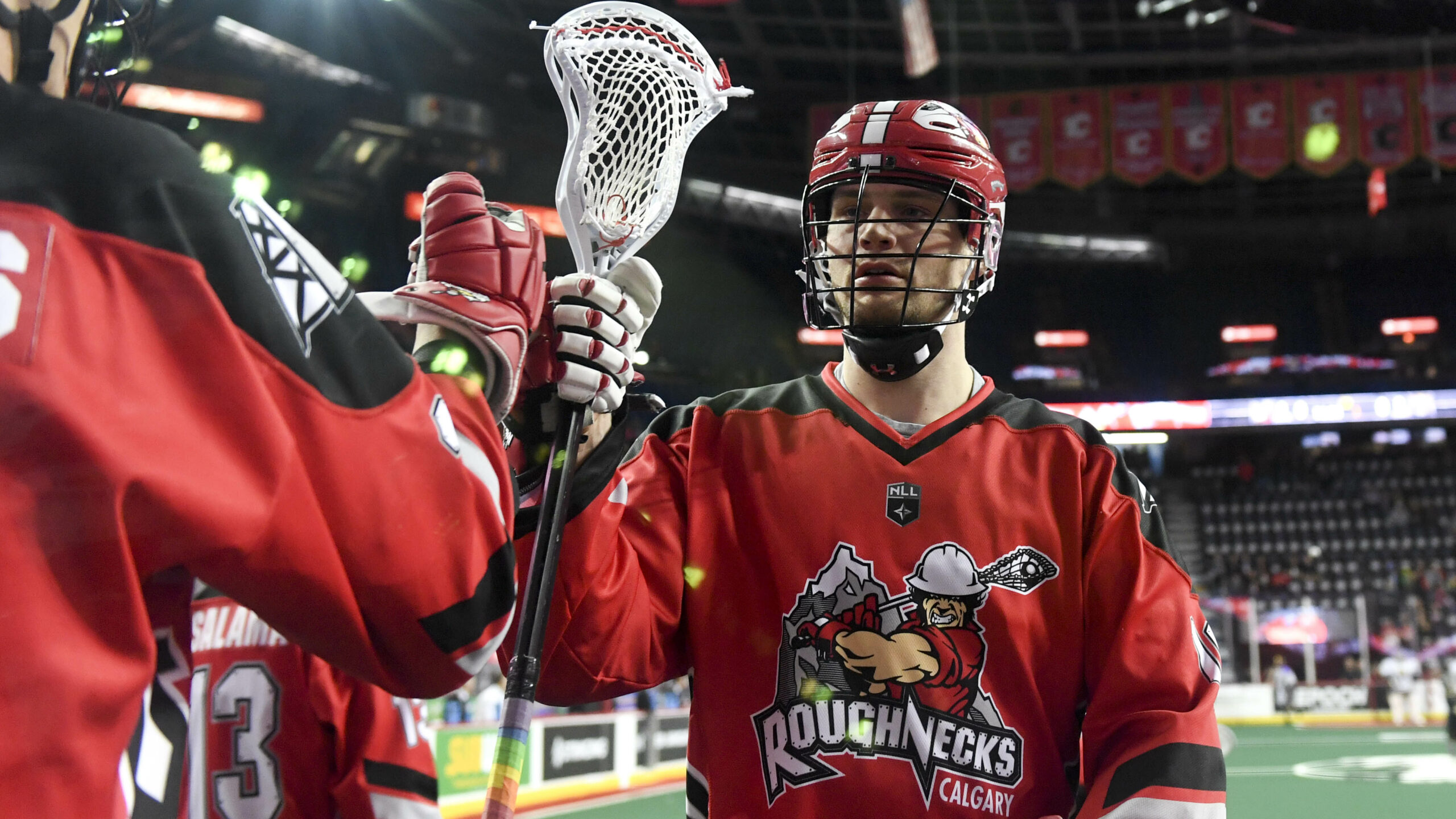 RIGGER RAMBLINGS: The Calgary Roughnecks will look to extend their winning streak to three games tonight at the Scotiabank Saddledome as they host the Saskatchewan Rush for Fan Appreciation Night presented by Vision Travel. It’s a 7:00 p.m. start featuring special Fan Appreciation concession pricing. Hot dogs, regular popcorn and 24 oz. soft drinks are all available for $2 each. Fans will have the opportunity to win a multitude of prizes including a trip for two adults at the Iberostar Quetzal, 4-star Mayan Riviera in Cancun, Mexico, provided by Vision Travel and Transat. The grand prize of a 2019 Dodge Ram 1500 will be featured in the King of the Turf contest courtesy of Your Alberta Dodge Ram Dealers. Two lucky fans in attendance will be selected to participate in the giveaway at halftime. The Dueling Piano Kings return to the Chrysler Club to perform live during the post-game party.  Last Friday, Apr. 12, the Roughnecks defeated the Georgia Swarm 14-13 in a thrilling back-and-fourth game in which the two rivals alternated leads on a few occasions. Former Roughneck, Holden Cattoni (4g, 1a) opened scoring for Georgia 2:00 into the first quarter and went on to land three more in the back of Calgary’s net to lead the Swarm with four goals. Lyle Thompson (2g, 5a) was the top point producer for the visitors with two goals and a handful of helpers. Dane Dobbie (4g, 4a) led the way for Calgary with eight points in a first star performance to surpass 100 and join the century club.

VS. SASKATCHEWAN: Tonight marks the third and final regular season match-up between the Roughnecks and Rush. The series is split 1-1 as the Roughnecks took the opener in Saskatoon on Feb. 9, 2019, in a contest that saw the Roughnecks defeat the Rush 17-12. It was their first ever win in Saskatoon after the Rush relocated there in 2016. Saskatchewan came out on top in the rematch on Mar. 2 with a score of 15-9. The last time the West Division rivals met on Calgary turf was a 13-12 overtime loss for the home side on Jan. 27, 2018. Saskatchewan is coming off last Saturday’s 16-11 victory over the Philadelphia Wings, which extended their winning streak to four games.

CENTURY CLUB: Last Friday, Apr. 12, Dane Dobbie finished the night with a game-leading eight-point effort to record his 107th point this season and join the century club for the first time in his 12-year NLL career. The 32-year-old forward surpassed his previous single season point record of 90 set in 2014 and ties Curtis Dickson’s record of 107 points from 2017 and 2016. He joins four other Roughnecks who previously entered the century club and sits behind only Shawn Evans who recorded 112 points in 2013 and 130 in 2015.

ROUGHNECKS DEBUT: Forward Jesse King made a mark in his Roughnecks debut by netting one goal and adding two assists. The Victoria, British Columbia product has missed 16 games of the Roughnecks 2018-19 National Lacrosse League campaign with a lower body injury. Calgary acquired King and the second round, 23rd overall pick in the 2018 NLL Entry Draft from the Georgia Swarm in exchange for Holden Cattoni and the first round, seventh overall selection in 2018.

SPECIAL TEAMS WATCH: Calgary’s power play ranks third in the league at 48.78% while the visiting Rush’s power play tops the NLL at 59.18%.  When playing shorthanded, the Roughnecks hold the advantage over Saskatchewan at 59.74% (second overall).  The Rush penalty kill sits tenth at 48.33%.  Two Calgary snipers sit in the league’s top-10 in power play goals: Dane Dobbie and Rhys Duch both sit second in the NLL with 11. Ben McIntosh leads the Rush with eight man-advantage markers.

TOP OF THE CHARTS: Dane Dobbie leads the NLL with 107 points including 43 goals and 64 assists (both ranked first). He also leads the league with 203 shots on goal and with 278 shots… Eli Salama leads all rookies with two shorthanded assists… Christian Del Bianco has played more minutes than any other goaltender in the NLL with 1014.44. He has a league-leading 679 saves which is a new single season franchise record, surpassing the previous record of 603 set by Matt King in 2002.

PLAYOFF BOUND: With the Vancouver Warriors 12-9 loss to the Saskatchewan Rush on Mar. 30, the Calgary Roughnecks clinched a playoff spot in the West Division.  Since their establishment, the Roughnecks have advanced to the post-season 16 out of 18 seasons. Calgary now heads into a bye-week but there is still a possibility that they can clinch a home playoff date in the first round depending on the outcome of the other games in Week 20 of the 2018-19 NLL campaign.