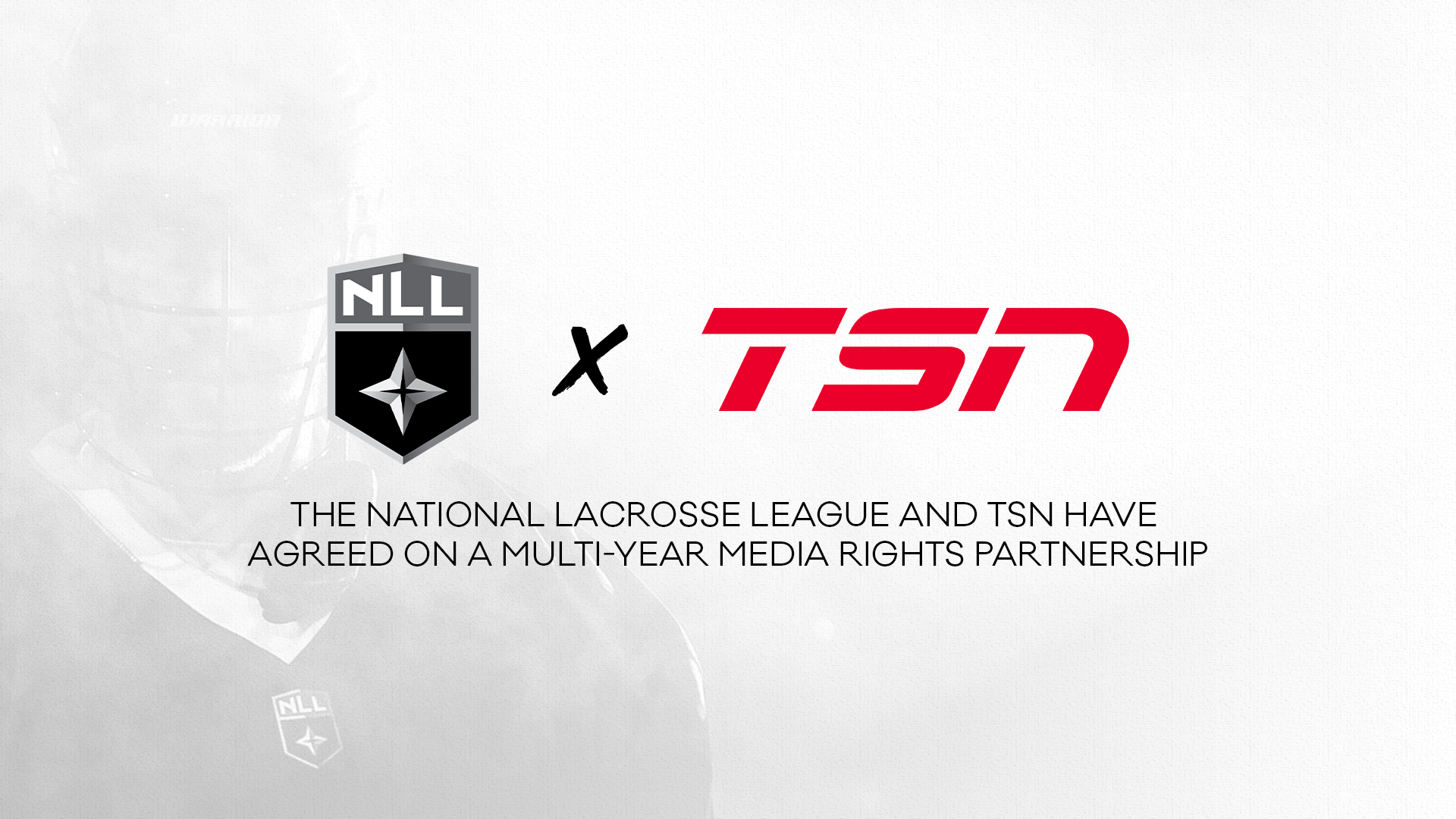 The National Lacrosse League (@NLL), the largest and most successful professional lacrosse property in the world, today announced a historic partnership with TSN, Canada’s Sports Leader, to bring games to Canadians across broadcast and live streaming platforms for the first time since 2016. The new agreement is the league’s most comprehensive Canadian broadcast partnership in its 35-year history, and marks the next in a series of major steps the league has taken in recent months as it moves towards returning to play on December 3, 2021.

The multi-year media rights partnership between the NLL and TSN includes exclusive rights to the regular season “NLL Game of the Week,” as well as comprehensive playoff action, including the NLL Championship Series. TSN also delivers NLL coverage to TSN and TSN Direct subscribers through live streaming on its digital platforms, TSN.ca and the TSN app. Schedule details and additional content information will be announced in the coming months. The 2021-22 NLL season begins the weekend of December 3 with 14 teams, five of which are based in Canada.

“As one of our new owners, Wayne Gretzky, reminded people a few weeks ago when we launched our new franchise in Las Vegas, box lacrosse is the national summertime sport of Canada, and we couldn’t be more pleased and eager to bring the NLL back to Canadian fans with TSN, the country’s premier sports network,” said NLL Commissioner Nick Sakiewicz. “This partnership will give us the ability to distribute NLL games to even more fans than ever before and showcase our amazing athletes, coaches, and action that so many Canadians love so dearly and have enjoyed in person.”

“Box lacrosse is an exciting, fast-paced sport, and we are very proud to partner with the NLL to grow the game and bring comprehensive live coverage to Canadian viewers throughout the season,” said Nathalie Cook, VP, TSN and RDS. “The NLL is a significant addition to our live sports schedule, one we know our fans will enjoy for years to come, and we’re excited to deliver expansive coverage, both on and off the floor, to spotlight the league’s talented players.”