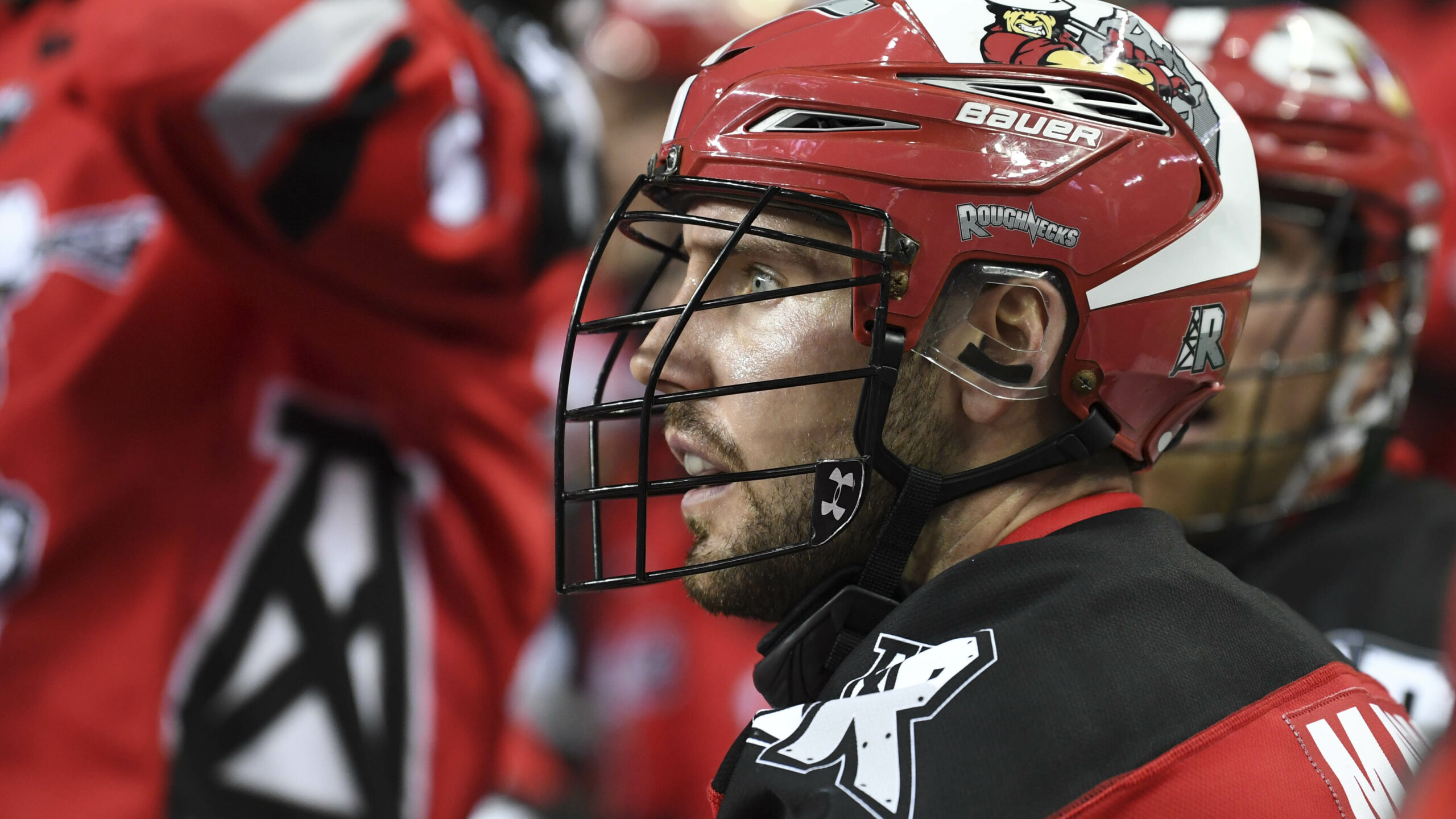 A cliché, sure, but one based in fact.

Case in point – the Roughnecks’ current playoff run, one that has them a single win away from claiming their third NLL title.

After a narrow 12-11 win in the West Semifinal over the expansion San Diego Seals, the Riggers have allowed only 11 goals in the following two games — an 8-4 win in the West Final over the Colorado Mammoth and a 10-7 victory in Game 1 of the best-of-three NLL Final against the regular season-leading Buffalo Bandits.

The team has picked the perfect time to clamp down in their end.

“We’ve made some good progress,” said MacRae. “It was kind of frustrating through the middle of the season when we weren’t playing with the consistency that we wanted; we expected a lot more of ourselves in the regular season.

“We have so many young guys that are filling big roles for us. Eli Salama is logging a ton of minutes. Zach Currier, being the type of player he is in only his second year. I think the credit goes to our coaching staff; they refined those small little details that go into our system of defence.

“It hasn’t been easy. It’s been taking a lot of hard work and focus by everybody that contributes to that back end.”

And that back end has been contributing throughout the playoffs.

The defence and transition have combined for 14 points (5G, 9A) so far — including two points from the captain himself, one of which was his first NLL postseason goal.

“I didn’t even realize it,” said MacRae of his milestone marker that was nine seasons in the making. “I was watching the clip later, and I heard the announcer say it. I was like, ‘oh yeah, I guess that is true.’

“I’m a defensive guy, so it’s not something that’s really expected of me a lot. I was just in the right place at the right time.

“It was a long time coming, but (good) I could help out the team in a big game.”

The defensive prowess the Riggers have showcased throughout the postseason has been huge for the team, yet the captain is still quick to deflect the praise over to his goaltender.

“It’s pretty wild,” said MacRae about the stellar performance from Christian Del Bianco. “Just how much net he covers and his reflexes on shots, whether it’s to make the save or grab that loose ball right after. He’s got a pool skimmer of a stick on him; he just keeps on reaching out to get the ball.

“The last few weeks, leading up to the playoffs, we’ve really been figuring it out. The reason we’ve been able to figure it out is because of the play of Del Bianco. He’s there if we give up a shot or we make a mistake. When that guy is stopping the ball with the consistency that he’s had, it makes our defence look great even on the shifts that we’re not playing very well.

“Sometimes, the guys give him a hard time for stealing so many loose balls from the defence. We’re having a hard time finding two or three loose balls a night back there because anything that’s around him is just getting swallowed back up.

“Another thing is just how quickly he gets the ball out of his stick. He’s the guy that sparks a lot of those transition opportunities.

“It’s just mind-blowing what he’s able to do at such a young age.

“We’re lucky to have him on our side.”