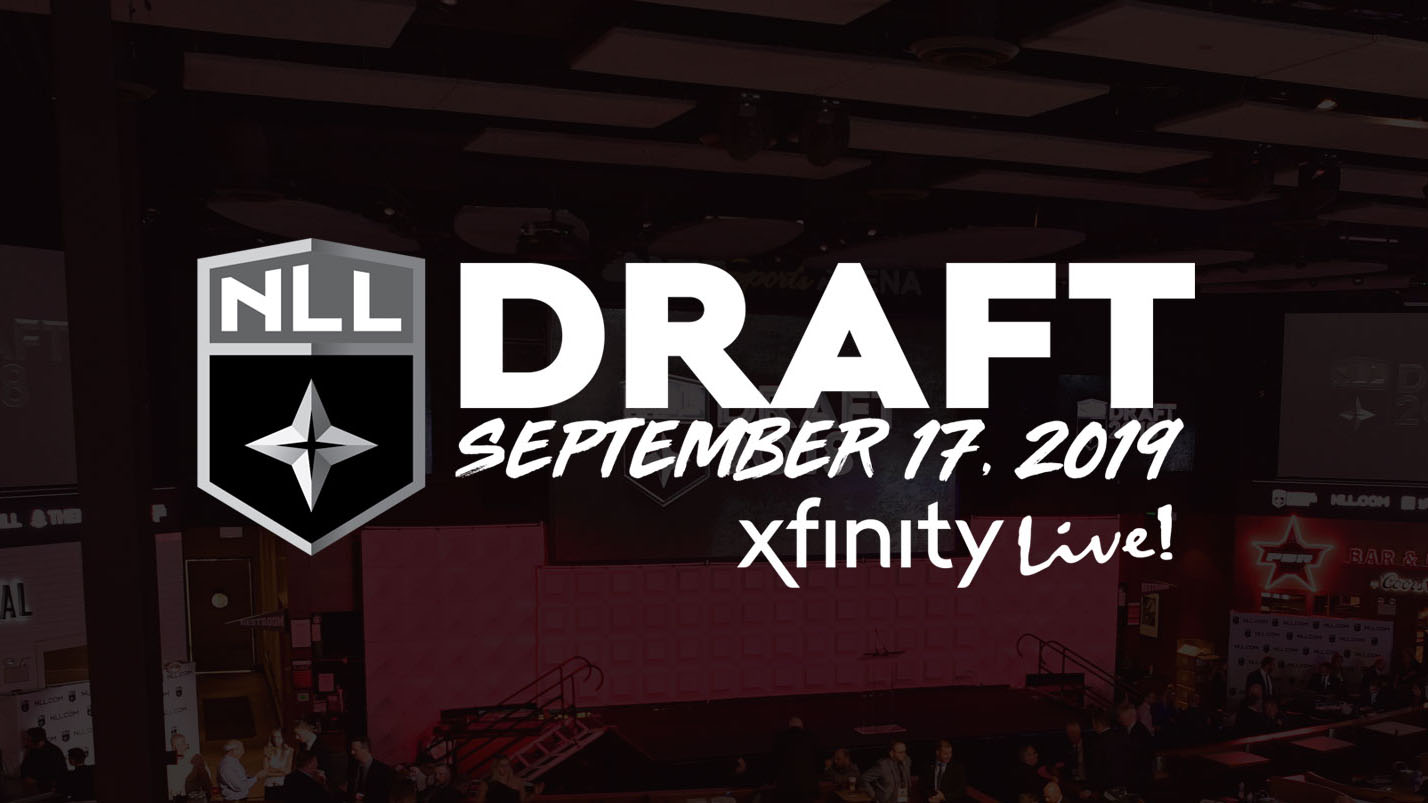 PHILADELPHIA – The National Lacrosse League announces that the 2019 NLL Entry Draft will be held at Xfinity Live! on Tuesday, September 17th in Philadelphia, Pennsylvania at 7:00pm ET. The event is open and free to the public.

“Hosting the draft in Philadelphia last year and putting on a first class show and live broadcast was an important step toward branding the NLL Entry Draft as one of our most important annual events,” said NLL Commissioner Nick Sakiewicz. “We’re looking forward to returning to Xfinity Live! for a second straight year this September and welcoming a new class of players that will continue to expand our talent pool of the very best lacrosse players in the world.”

The 2019 NLL Entry Draft returns to Xfinity Live! in Philadelphia for the second straight year, coinciding with the resurgence of the Philadelphia Wings, who were reincarnated to play in the National Lacrosse League as an expansion team prior to the 2018-19 season.

“The City of Philadelphia is excited to welcome the National Lacrosse League’s NLL Entry Draft again this year,” said Philadelphia Mayor Jim Kenney. “We look forward to hosting the 2019 Draft and lacrosse fans from across the country. The energy at Philadelphia’s Xfinity Live! in September is sure to be off the charts, and we can’t wait to be part of this great lacrosse tradition for the second year in a row.”

With the addition of two expansion franchises in the U.S. for the second consecutive season, it was important for the Entry Draft to remain in one of America’s most iconic cities. Fans will have the opportunity to witness the draft first hand, welcoming their team’s newest crop of talent.

“With the NCAA Men’s Lacrosse Championships in Philadelphia earlier this year, it’s only fitting that the future stars of the game come back to our city for the NLL Entry Draft in September,” said Larry Needle, executive director of PHL Sports, a business development division of the Philadelphia Convention & Visitors Bureau. “We’re proud of our reputation as one of the country’s top sports destinations and look forward to working with NLL Commissioner Nick Sakiewicz and his team to produce a successful draft for both the city and the league.”

The Entry Draft will once again broadcast live for free on B/R Live with coverage starting at 6:30pm ET. This year will feature inaugural draft classes for both the New York Riptide and Rochester Knighthawks who will begin play during the 2019-20 season. The Riptide will select first in the Entry Draft as determined by a coin flip. The Knighthawks, who received the first pick in the NLL Expansion Draft, will pick second in the entry draft.

First round of the 2019 NLL Entry Draft order (subject to change pending trades) is as follows:

To get more information on draft eligibility or renunciation guidelines and all the latest breaking news in the NLL, please visit to NLL.com.