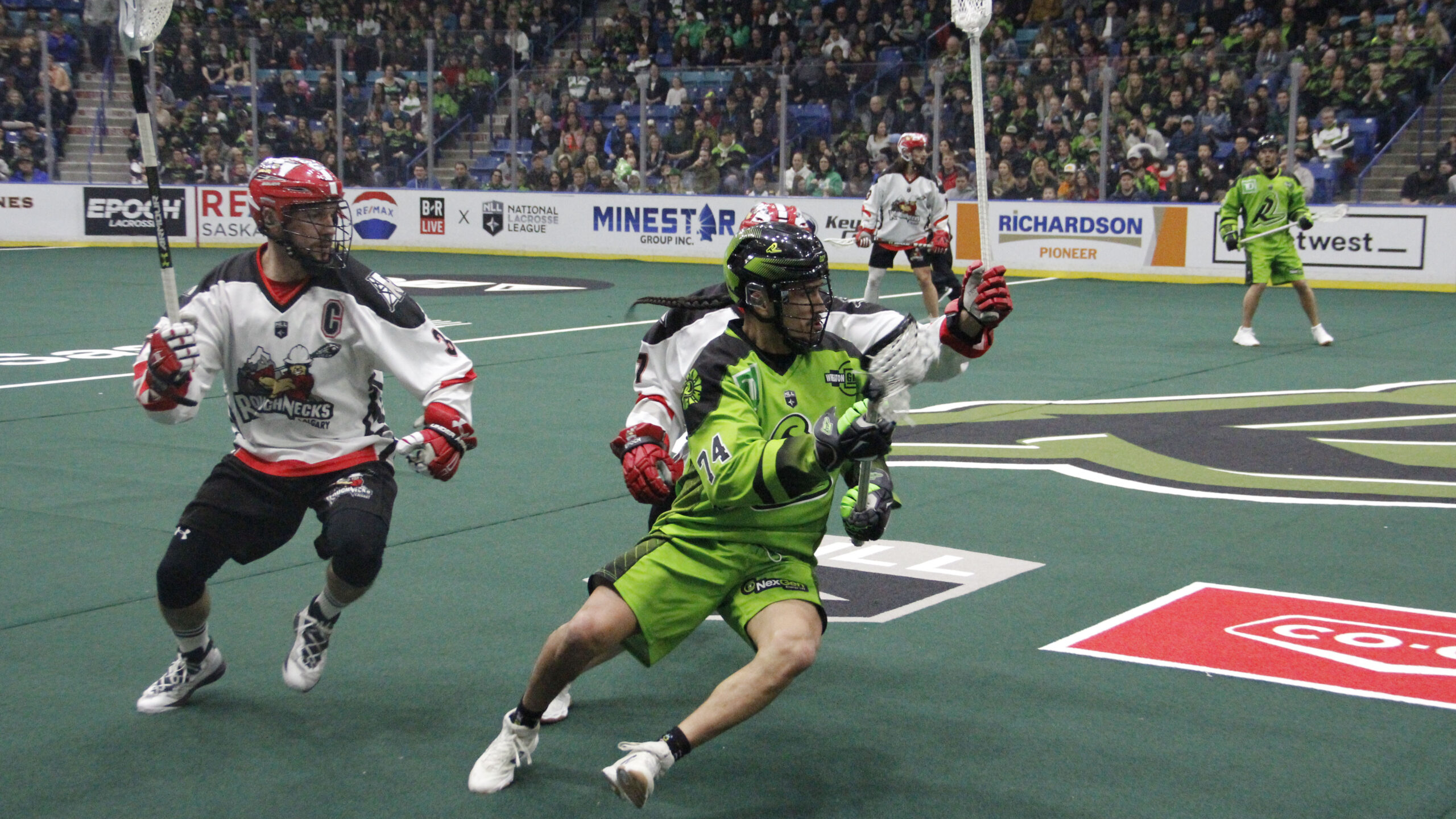 Not the result the Roughnecks were shooting for Saturday night.

After falling 15-9 to the Saskatchewan Rush on the road, the Riggers (5-6) now sit third in the West Division, one-and-half games back from the top-ranked Rush.

The Riggers were playing catch-up for much of the game, as the Rush came out hot scoring a wave goals in the first frame to lead 6-3 after 15 minutes. Following that, the Riggers were outscored in every quarter but the third. A four-goal effort from the Rush in the final fifteen would solidify their victory.

On the heated Battle of the Prairies rivalry which saw plenty of jawing during play, and after the whistle:

On having allowed a league high seven short-handed goals this season, including a momentum-stalling score from Jeff Shattler in the fourth last night.

On playing from behind in the tilt: