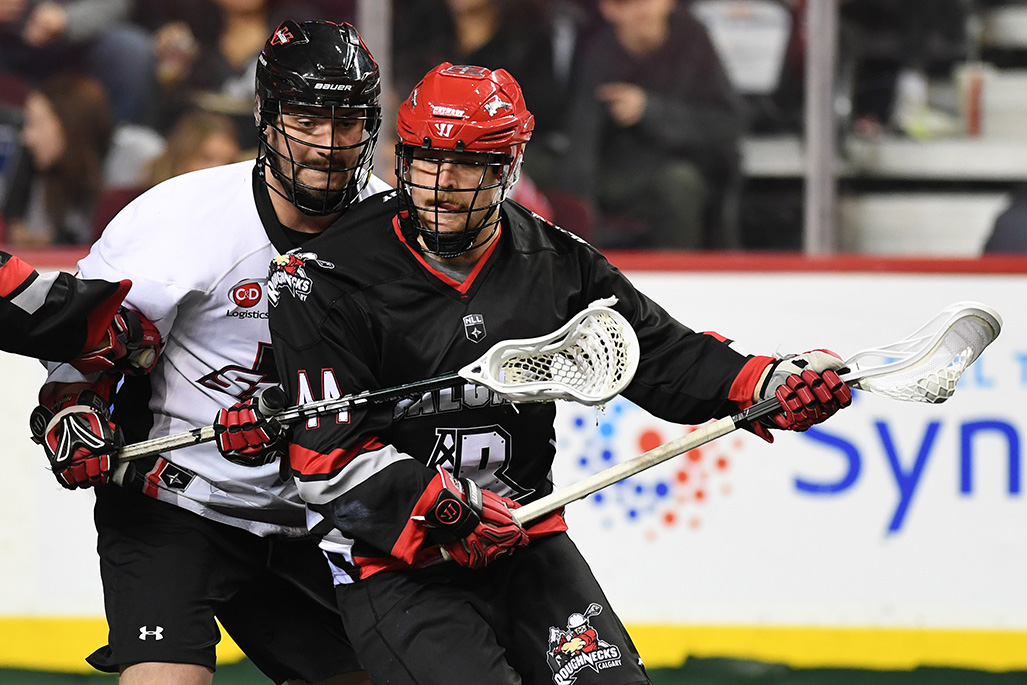 As the new season draws near, we decided to throw out some bold predicitions:

The NLL’s goal-scoring leader the past two seasons has stepped up his game when it comes to dishing the ball each of the past four campaigns. Keeping with that trend, he should increase his assist total this go-around which will help push him to the top of the points chart. The 6-foot-2, 211-pounder’s previous career high is 107 points. Dickson finished the 2017 campaign just nine points out of first place and has been in the top-10 in league scoring the past two seasons. Coming off of a strong summer season that saw Superman win a Mann Cup and a Heritage Cup, he can always be counted on to go out and put up big numbers.

Just four seasons ago, Dobbie was the league’s top goal-getter with 51 tallies. Since that time, the veteran forward has netted 101 goals, while missing time due to injuries. Coming into this season healthy, Dobbie looks poised to take a run at scoring 50 goals once again. Although he’s no longer playing with Jeff Shattler by his side, the off-ball skills and shooting prowess of fellow lefties Riley Loewen and Holden Cattoni should open up some space for team’s all-time goal leader to dominate.

3) Zach Currier will be the Rookie of the Year

Many pundits thought Currier was the best prospect available and when he fell to the third pick in the draft, people said it was a steal for the Roughnecks. Through training camp and the pre-season, Currier has lived up to his billing as a smart, tough defender with ample speed to zip down the floor and create scoring chances for his team. At Princeton, Currier netted 58 points (24g, 34a) in 2017 and then went on to score 17 points (6g, 11a) with the Peterborough Lakers in the summer senior A Major Series Lacrosse loop between the regular season and playoffs. Given his incredible speed and finishing ability, he will be a nightmare for opposing offences and will only get better and better as the season rolls on.

4) Frank Scigliano will have a Goals-Against Average under 11.50

For the first time in his career last season, Scigliano was the team’s starter. The 6-foot-3, 285-lb goalie had a GAA of 12.and a .773 save percentage playing in 17 games. In 2015, splitting time with Mike Poulin, he had an 11.12 GAA with the same save percentage. Coach Curt Malawsky has already named him the team’s clear cut No.-1 goalie and they expect big things from the big man this season – so do we. In the first half of the team’s pre-season game against Vancouver Stealth, he stymied their offence, allowing just a single goal. Combined with an improved defence in front of him, Scigliano is poised to be one the league’s top goaltenders this season.

5) The Roughnecks will make the playoffs

This might not seem that bold but after finishing last in the West in 2017, some experts still aren’t sold that the Roughnecks are a better team than the rest of the division. The Riggers narrowly missed the playoffs last season, finishing a single game behind Vancouver and the Colorado Mammoth. Their slide to the bottom was due to a 1-9 stretch during the middle of the season where they lost six games by four goals or less. The additions of Currier, Anthony Kalinich, and Tyler Pace will help push the team back into the post-season.

What are your bold predictions for this season?