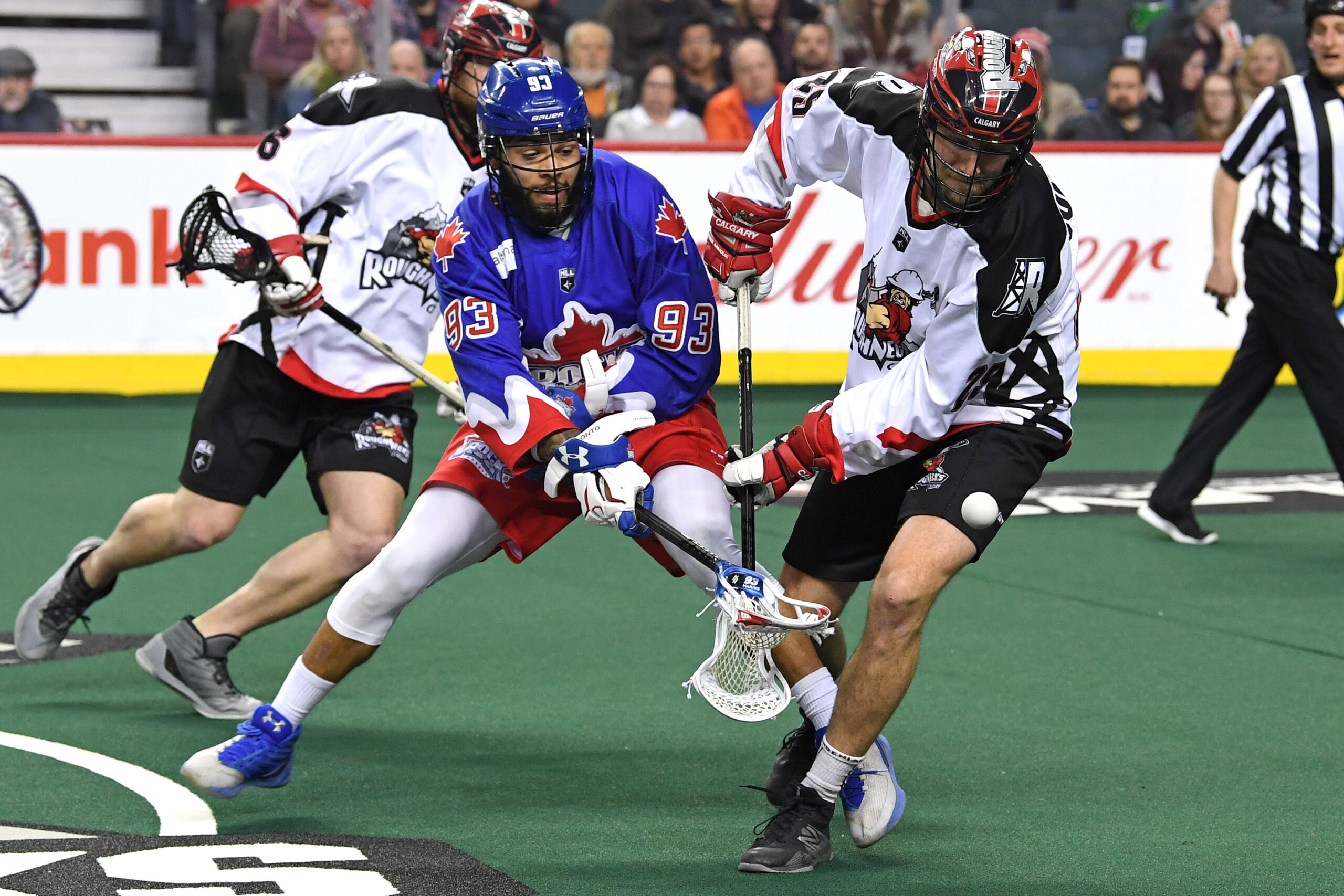 The Roughnecks fell 17-14 to the Toronto Rock Saturday night in a spirited affair at the Scotiabank Saddledome.

Curtis Dickson came into the night with 598 career points. He left with 603, hitting an important career milestone in the process. He got his 600th, fittingly with a goal, in the second quarter in front of the 12,097 fans in attendance and received a standing ovation when the historic mark was announced.

At the end of the first quarter the Necks were down 6-1 to the Rock. Despite the deficit, they made a hard push in the second quarter, evening the game up 8-8 by halftime. They never took their foot off the gas in the contest, pushing hard until the final whistle.

The Roughnecks combined to scoop 91 loosies on Saturday. Rookie Zach Currier led the team with 12. Tyson Bell and Tyler Burton were right behind him with eight each, while Dickson and Curtis Manning both contributed seven.

Christian Del Bianco got pulled in the first quarter and Frank Scigliano took over between the pipes. He came into the match and had a solid night for the Riggers, stopping 31 of 41 shots in 46 minutes of play.

The 22-year-old rookie brought his A-game Saturday, contributing two goals and three points on the night. It was his highest offensive output since Feb. 16, when he had a five-point night against Vancouver.