A WILD WIN IN CALGARY 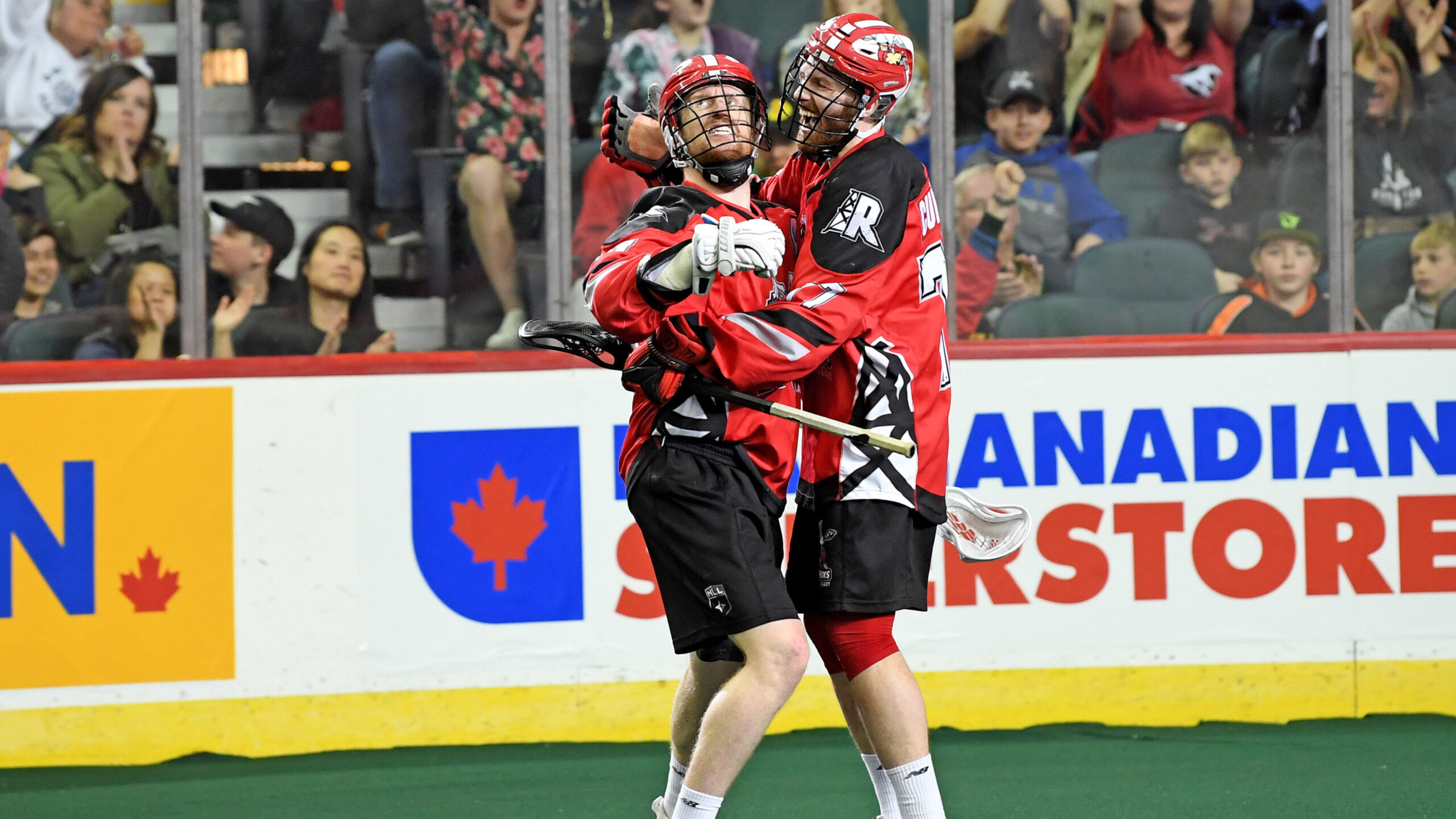 A short-handed goal from Curtis Dickson with just over two-minutes to play was the difference as the Roughnecks stung the Swarm 14-13 at the Scotiabank Saddledome.

“It’s big,” said coach Curt Malawsky. “You don’t write it up like this, but it’s nice to go through that and win that one-goal game. I think for us to battle back late in the game, be able to tie it, have Dickson score the big goal, not freak out and kill the powerplays – it’s huge.”

“We were just trying to kill it off and I got the ball trying to rag it, but we had an odd-man rush,” explained Dickson of his game-winning goal. “Zach [Currier] got me the ball, someone set a pick in front and I put it in the back of the net. It was fortunate timing.”

All 11,826 fans were on the edge of their seats until the very end as the Riggers spent almost all of the last four minutes of the game on the penalty kill.

Not the spot you want to be in against the league’s second strongest extra-man unit.

“I was talking to Delbs and he was under some pressure at the end, so I told him to wait until he’s standing in the middle of the bench and you have no control of the game,” joked Malawksy.

The league’s leading scorer with 107 points, Dane Dobbie, was on fire once again for the Roughnecks as he deposited four goals and four assists in the win.

There were fireworks in the first half, with the Riggers reaching double digit goals and the Swarm not far behind with eight. While the Roughnecks spread the ball, the Swarm relied heavily on the stick of former Roughneck Holden Cattoni, who tallied four goals.

But things slowed down in the second half, with a much stronger defensive effort from both squads.

“They came out of the half and they were hot early and they got a lead,” Malawsky said. “We were chasing and if they got one more we could have been in tough, but out guys just showed that resiliency and just battled. It’s nice to be in those one-goal, tight games down the stretch and learning how to win those. That was big for our group.”

Heading into the game, Calgary had a clear plan in place to slow Georgia’s potent offensive attack.

And although they got burned once or twice, they stuck to the plan and made sure to slow the pace of play.

“We didn’t want to run with them. We didn’t want to force the ball in transition,” stated Malawsky. “They have the best offence in the league so for us, we wanted to take the air out of the ball. Any time they wanted to run, we were going to pull it back and slow it down. We got caught a couple of times, but we learned from it and adjusted.”

The Roughnecks will be back in action next weekend as they host their division rival, the Saskatchewan Rush (7:00 P.M.) at the Scotiabank Saddledome on Saturday, April 20 during their annual Fan Appreciation Party.

“The Rush, it’s always a battle,” Malawsky said. “That’s one great team coming in and we’re going to have to prepare for that, but we’re glad it’s back here at the ‘Dome.”