BACK IN THE WIN COLUMN! 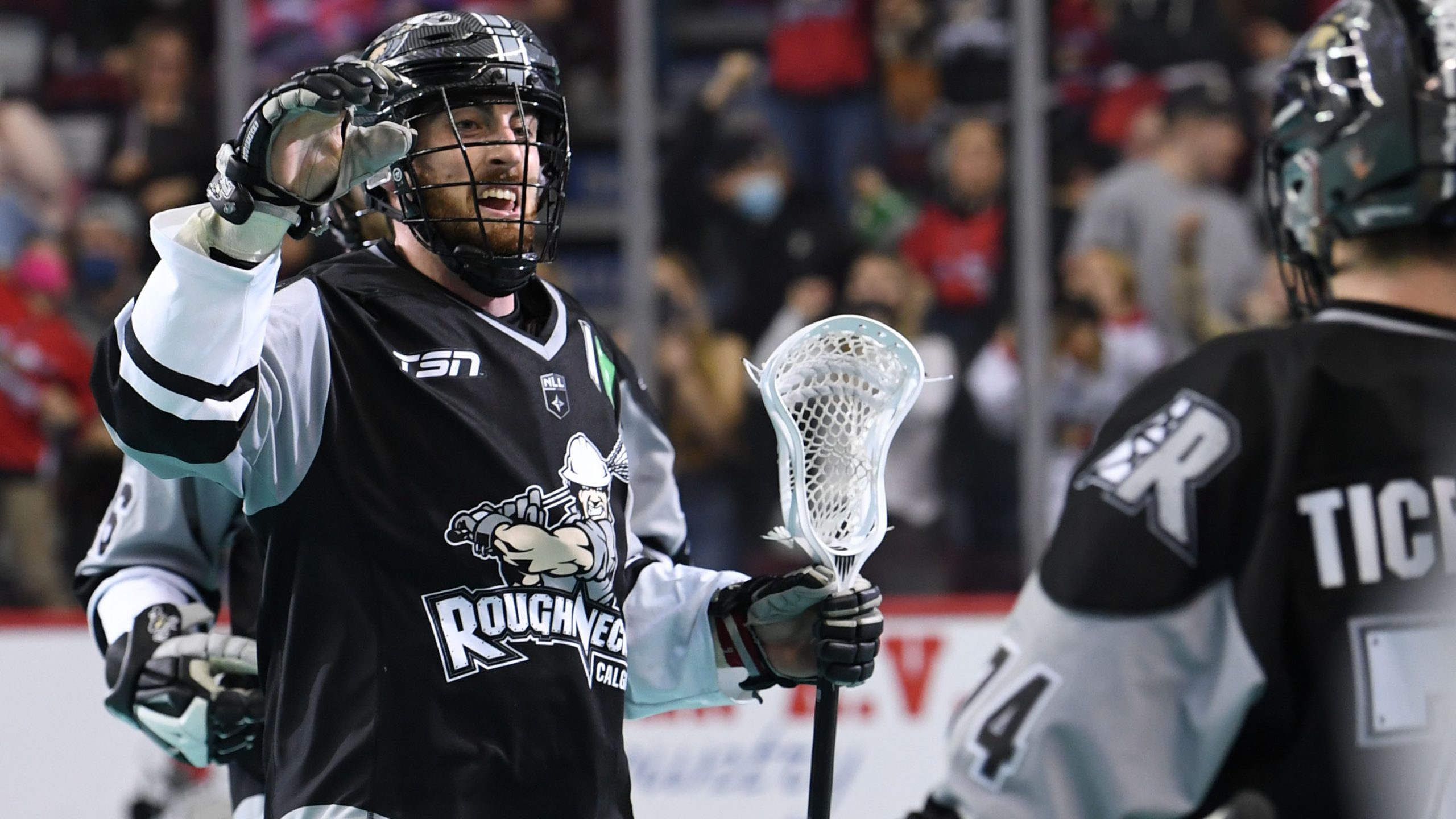 The Riggers climbed their way up mountain tonight.

In a heated battle with their Rocky Mountain rivals, the Riggers fought from behind for most of the night before besting the Colorado Mammoth 9-7.

The home team got the on board first, with a couple quick strikes from Haiden Dickson and Kyle Waters. Colorado would take back the momentum with a trio of goals to take a slight lead at the end of the first quarter.

The second quarter brought with it some more back and forth action, with each team netting three goals apiece. Zach Herreweyers, Jesse King, and Tanner Cook were the goal scorers for the Roughnecks.

Goaltender Christian Del Bianco gave up the opening goal of the second half, but after that he would do his best brick wall impression, shutting down the Mammoth offence.

With the defence blanketing Colorado’s attack, the Riggers went to work on the comeback. Tyler Pace would bring the home team within one before Zach Currier would outrun everyone on his way to beautiful transition marker to tie the game.

King would score the eventual game-winner late in the fourth and Currier would add the empty-netter to send the visitors home empty handed.

“When the guy in the most important position out there is your best player, you get results. Delbs played really, really well. I’m glad he had a bounce back game… we had nothing but belief in him and he proved the naysayers wrong, he played real good tonight.”

“It feels good to get a win. It’s been, I don’t know how long, nine weeks? We had a bit of a break there because of the COVID break, but nonetheless it’s been a while and it feels good to have this feeling back, especially at home.” – Zach Currier

The Roughnecks can get cozy in Calgary as they await the arrival of the Vancouver Warriors for another Friday night tilt at the Rough House. It will be the first regular season meeting between the two clubs in 2022. Ball drop is at 8:00 pm.