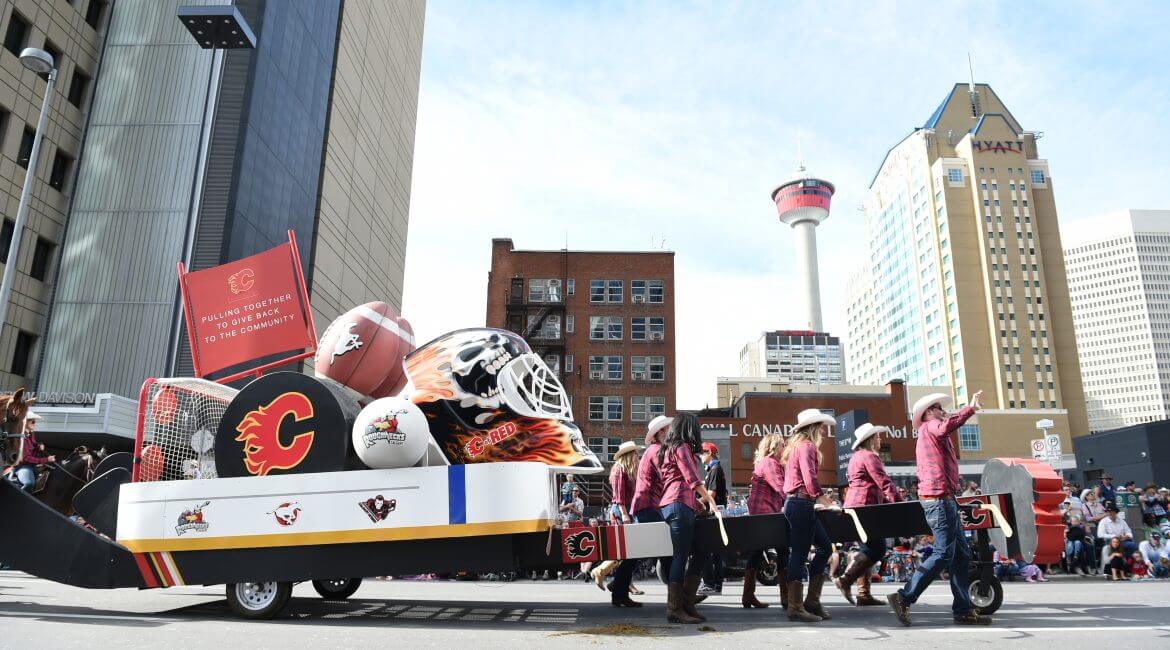 The Calgary Sports and Entertainment float incorporates each of the four teams under the Calgary Flames organization while embodying a sense of team-work.

“Pulling Together to Give Back to the Community” is featured across the top of the entry unifying each team with the same common goal – to be the greatest they can be.

The entry will be pulled by Flames employees followed by representatives from each of the four teams on horseback. The float will also have the members from the Flames MasTec Ice Crew and Calgary Stampeders Outriders presented by Century Downs Racetrack and Casino walking side-by-side.

The 4.5km parade route kicks off the 106th edition of the “The Greatest Outdoor Show on Earth!” The parade begins with the World Champion Calgary Stampede Showband followed by a dynamic ribbon of pageantry, featuring floats, bands, riders, celebrities and cultural entries.