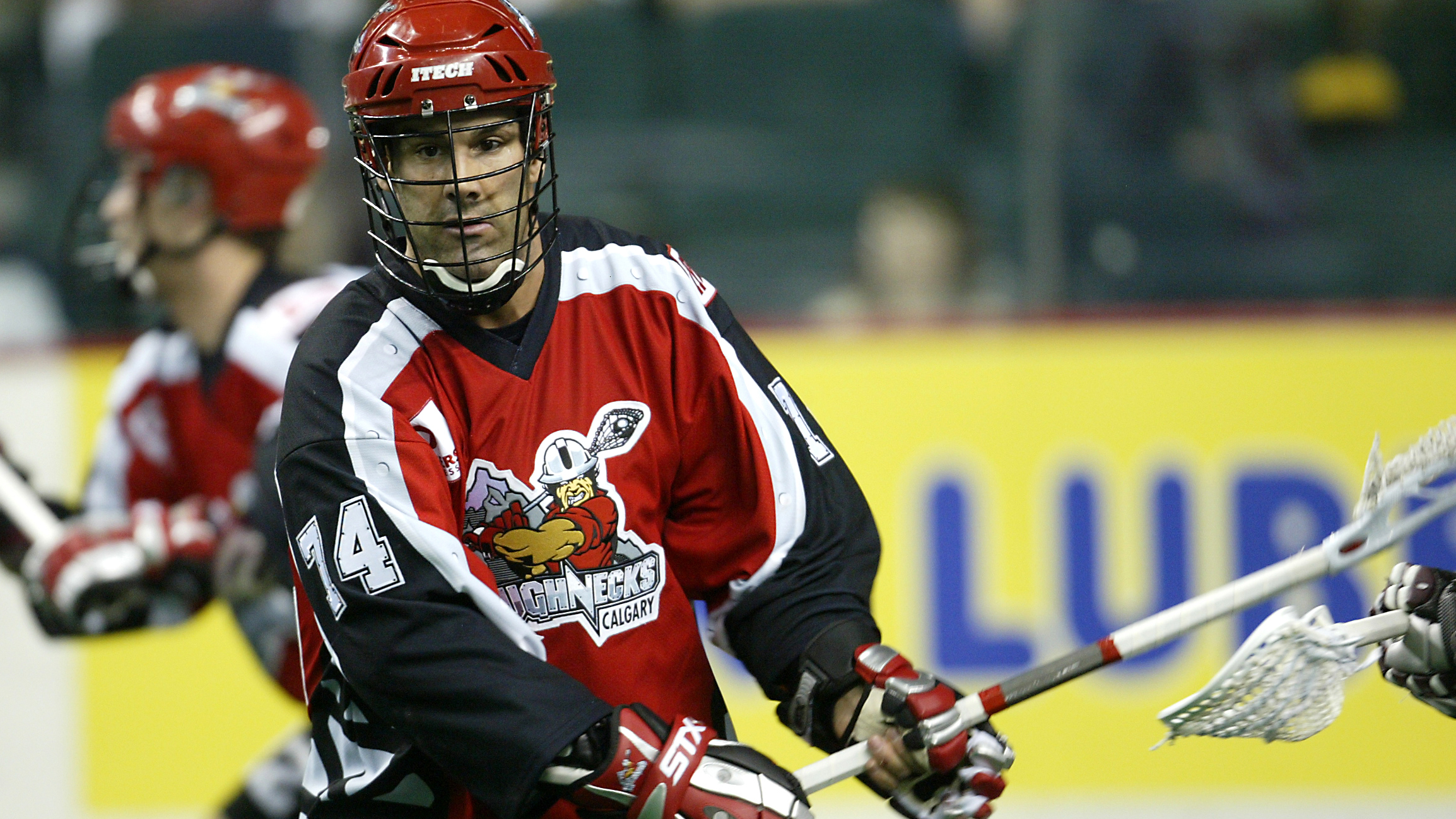 The Roughnecks will battle the Buffalo Bandits for the NLL championship this year, the best-of-three series starting this Saturday in Buffalo with Game 2 in Calgary on May 25 (Tickets) The two teams played a one game winner-take-all title tilt back in 2004, with the Riggers coming out on top 14-11. Over the next 10 days, we’ll touch base with some of the Roughnecks players that played in that game through Skype interview and stories. Today we talk with Jesse Phillips.

Jesse Phillips did it all while wearing a Roughnecks uniform.

And he did it all well.

He played solid defence, was one of the most dominant transition players of his era, and helped provide offence.

And no goal he scored was bigger than the game-winner in the 2004 championship. 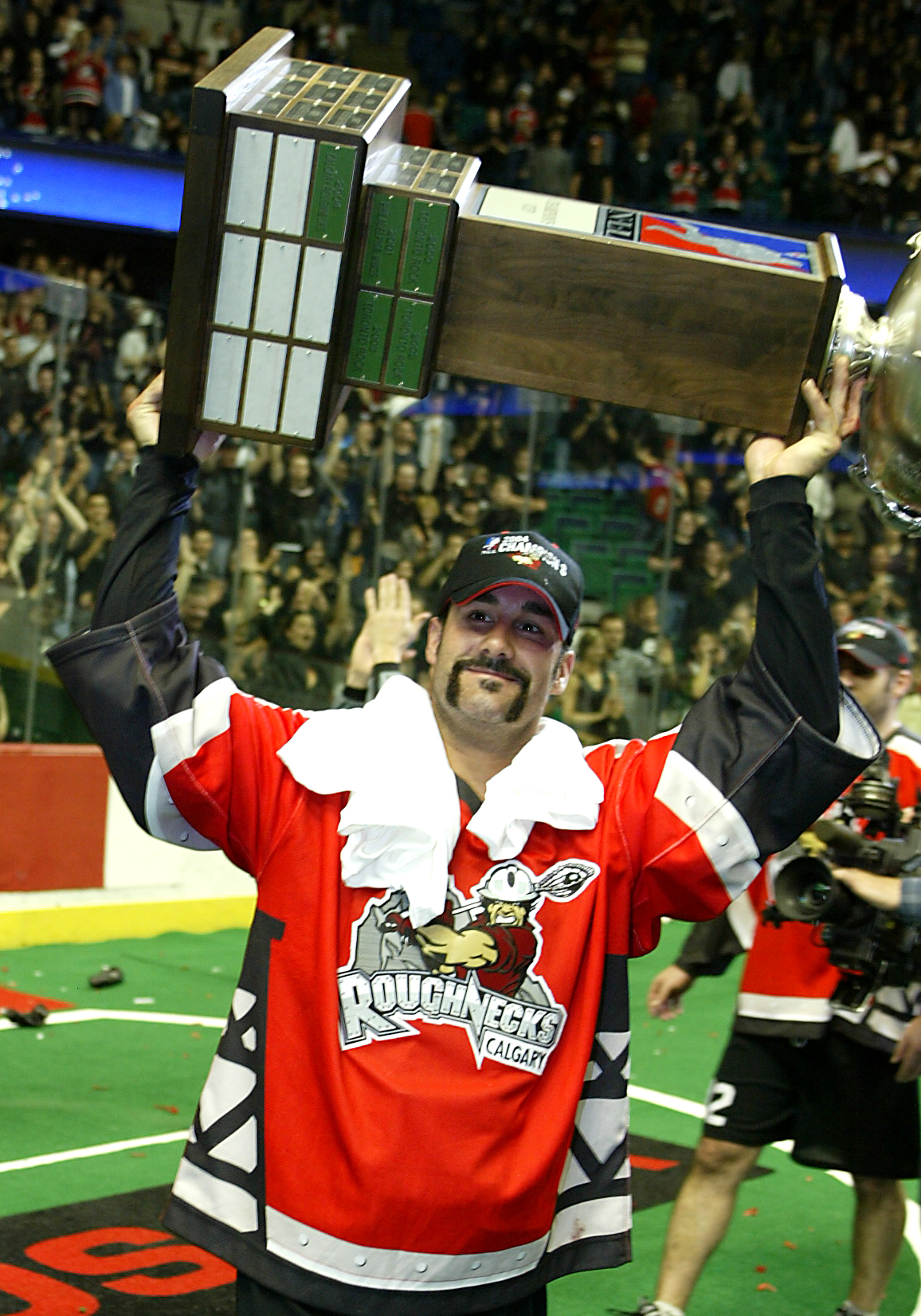 He finished the game with a hat-trick, leading the team in scoring along with Lewis Ratcliff, who also notched three tallies

Curtis Palidwor made 41 saves in the outing, earning MVP honours before a deafening sellout crowd of 19,289.

All these years later, the memory of that night remains clearly etched in his memory.

Two things immediately pop to mind when asked about it.

“The other one was Curtis was standing on his head and probably having one of the best games of a goalie I’ve ever seen in my life.”

That championship victory was the culmination of an unlikely road to the top. In only their third season, the club finished 10-6 and went into the playoffs as the No.-3 and last seed in the West Division. They beat the then San Jose Stealth and Colorado Mammoth to earn their berth in the final.

The 8-8 Bandits – also a No.-3 seed – downed the Rochester Knighthawks and Toronto Rock to punch their ticket.

Still, the Bandits were an established, veteran squad that despite having a worse record were seen as the favourites coming in.

The Roughnecks, on the other hand, were considered a Cinderella story – and they finished out the fairy tale by hoisting the cup at the Saddledome. 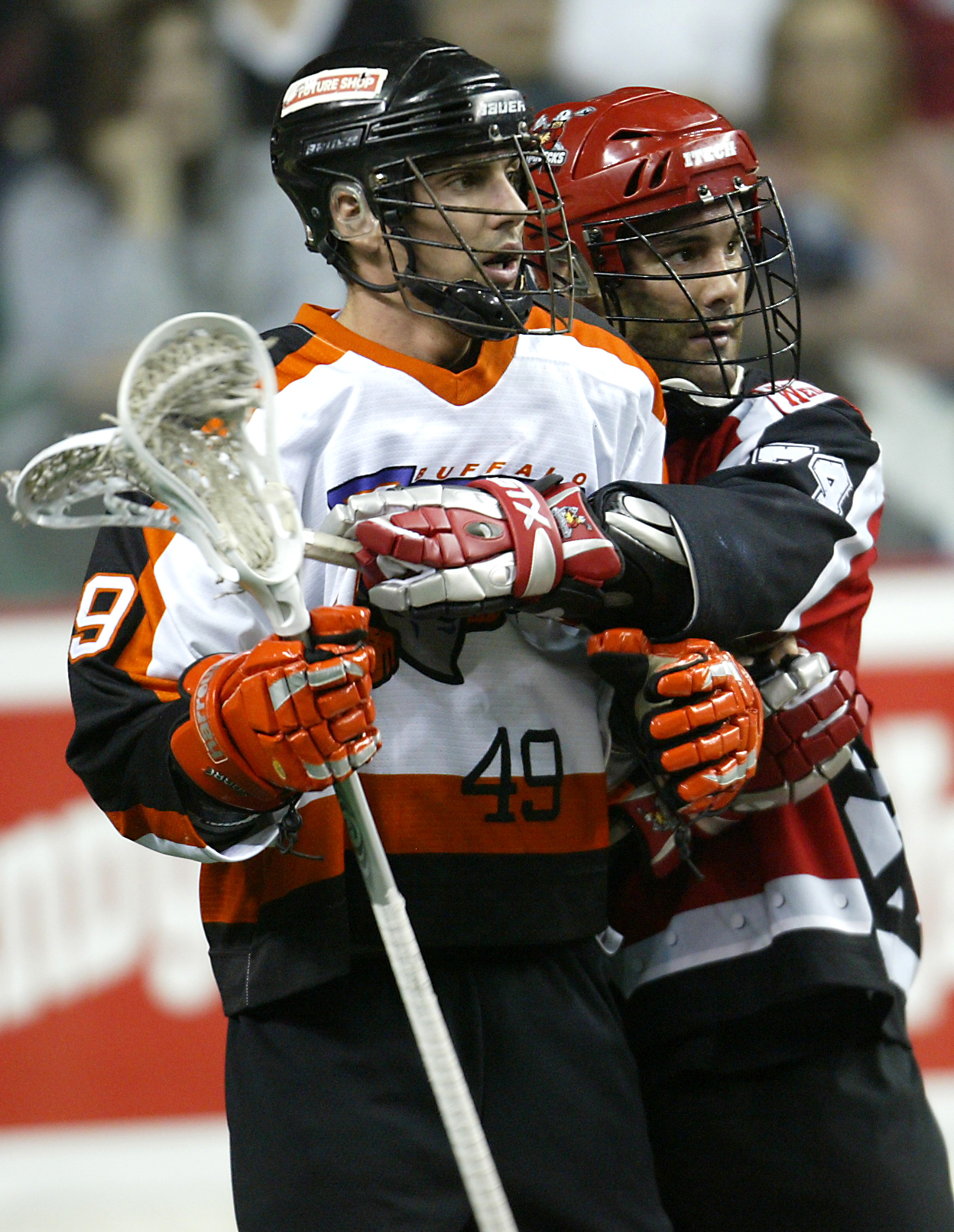 “Nobody expected us to win,” recalls Phillips. “I remember before the Colorado game, I was at the arena doing some stretching and I overheard some people talking about the next game already. And how they’d beat us and this was just the next step to hosting the final or playing in it.

“I remember listening to this and chuckling to myself: everybody thought Colorado would win – but us.

“Everything leading up to it, when you look back on it, it was just the perfect storm. Everything was perfect for us. It just all came together.”

Spending all but one game of his six-season NLL career with the Roughnecks, the fleet-footed southpaw played his last pro games in 2007, suiting up in 11 tilts for Calgary.

Phillips had hoped to come back to Calgary to take in Game 2 but his work responsibilities may keep him from attending in person.

But if that turns out to be the case, there’s no doubt he’ll be there in spirit.

“I will make sure to watch these games, for sure,” said Phillips. “Find the time to sit down and watch. Really excited for these guys.”