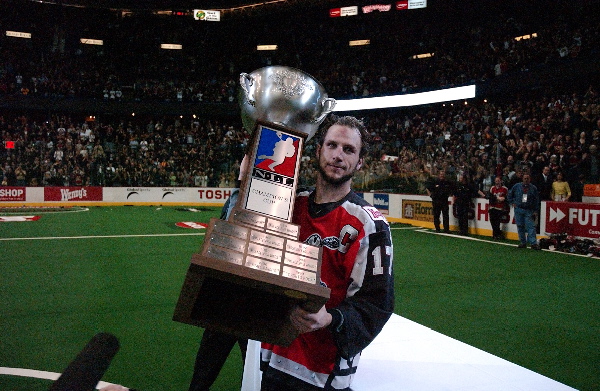 The Roughnecks will battle the Buffalo Bandits for the NLL championship this year, with Game 2 of the  best-of-three series in Calgary on Saturday (Tickets). Currently, the Riggers lead the 2019 series 1-0. The two teams played a one game winner-take-all title tilt back in 2004, with the Riggers coming out on top 14-11. Over the course of this year’s NLL Finals we’ll touch base with some of the Roughnecks players that played in that game through Skype interview and stories. Today in Part IV, we talk with Tracey Kelusky.

He was the consummate captain.

During his eight-seasons wearing the C for the Roughnecks, Tracey Kelusky helped the team win two championships.

His legacy still looms large at the Scotiabank Saddledome, one of only two players – along with hometown boy Kaleb Toth – to have a banner honouring him hanging in the rafters.

Acquired by the Riggers following their inaugural campaign via the 2002 off-season Montreal Express dispersal draft, Kelusky’s leadership helped transform the team into an NLL contender and – perhaps even more importantly – grow the sport locally.

“Absolutely,” said Kelusky. “That was kind of the message from our late general Chris Hall. It was that you have a responsibility not only to your teammates and me, but the guys that are playing in this locker-room and the people in this organization have a responsibility to grow the game in this community, work with kids in the community and create a culture where lacrosse is normal – it’s a part of what Calgary is.

And they still do.

Kelusky, who says “Calgary has a place near and dear to my heart,” lauded current coach Curt Malawsky (a close friend), GM Mike Board and the entire organization for continuing the work started so many years ago to make the sport part of the city’s fabric.

“That messaging stayed the same throughout the years in that organization,” he said. “You’re playing for something more than just the team.”

A pivotal moment for the franchise came in 2004, when the Riggers beat the Buffalo Bandits for their first title.

The same two clubs, of course, are meeting in the championship again this year, with Calgary up 1-0 in the new NLL Finals best-of-three series after a big 10-7 victory in Buffalo on Saturday. Game 2 goes this Saturday at the ’Dome.

“It was just unbelievable,” said Kelusky of that improbable ’04 run, where the No.-3 seeded Riggers won two road games to capture the West and then hosted a Bandits team that performed the same upsets in the East Division. “Unbelievable.

“It was surreal that we were able to host. It was one of those things where everything needed to fall into place for us. Buffalo beat Toronto at home and then we were hosting the championship. 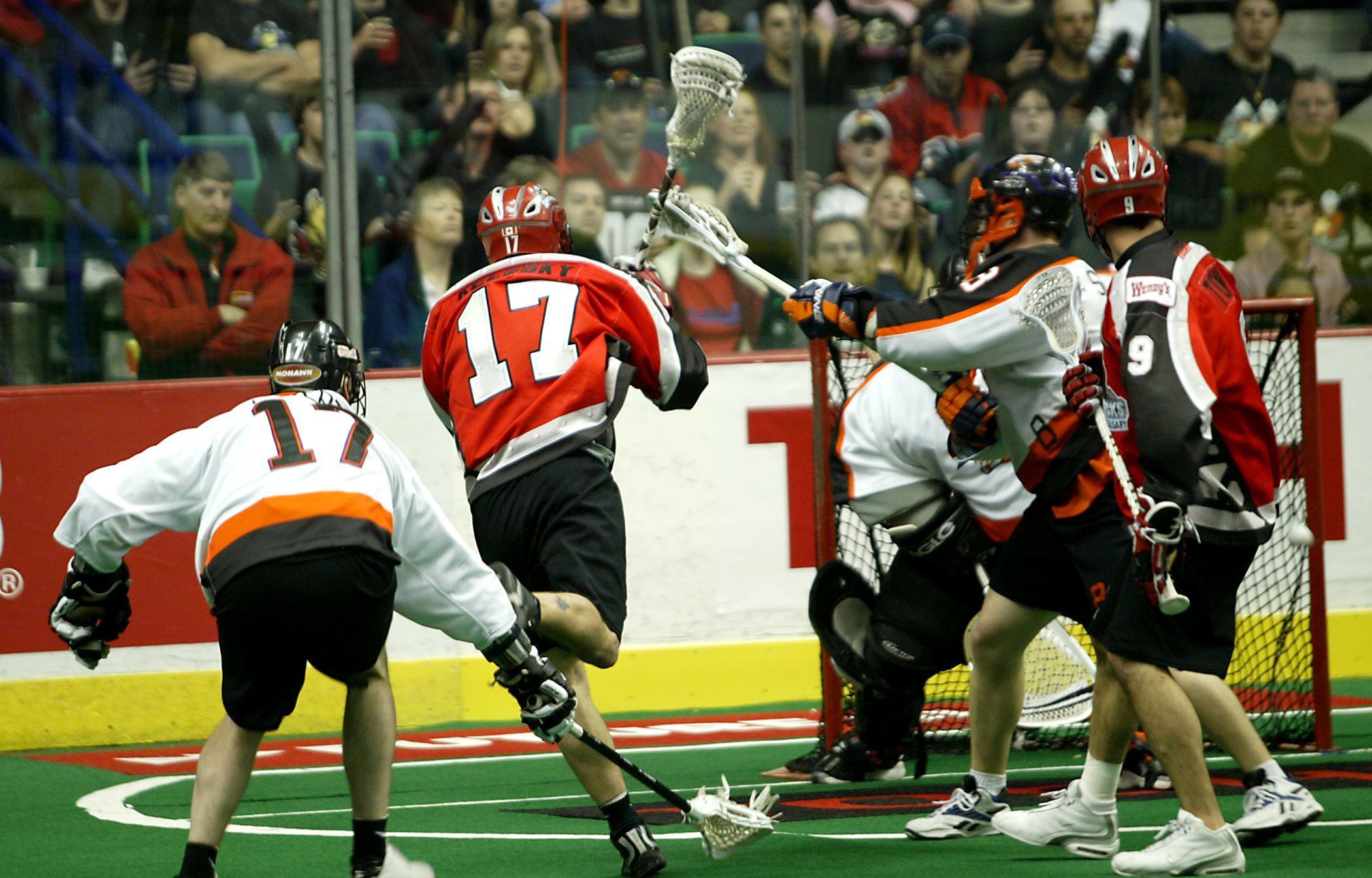 The crowd – standing on their feet in a frenzy as time expired in the game – made a lasting impression on Kelusky.

“I remember getting interviewed at the end of the game (on the floor) and I couldn’t hear what they were saying,” he recalled. “They were standing next to me and yelling in my ear but I couldn’t hear it. It was such a crazy experience and one of my most favourite memories about being a Roughneck.”

Following his 14-year NLL career which started in Columbus, then Montreal, Calgary and then Buffalo and Philly, Kelusky got behind the bench, now serving as assistant coach with the Wings.

With many friends on both the Roughnecks and Bandits and respect for both clubs, Kelusky is simply cheering for a good series.

“When we played them towards the latter part of the year they were pretty dominant against us,” he said of the Roughnecks. “You could kind of see a group of guys that were really playing well together.  That’s half the battle.

“That was like us, we got on a bit of a run in the ’04 year. You feel good about yourself and ride that wave as much as you can. You don’t get into whether or not you’re an underdog, or whether or not you’re the team expected to win, it’s more along the lines of continuing to do what you’re doing well and focus on the task at hand.”