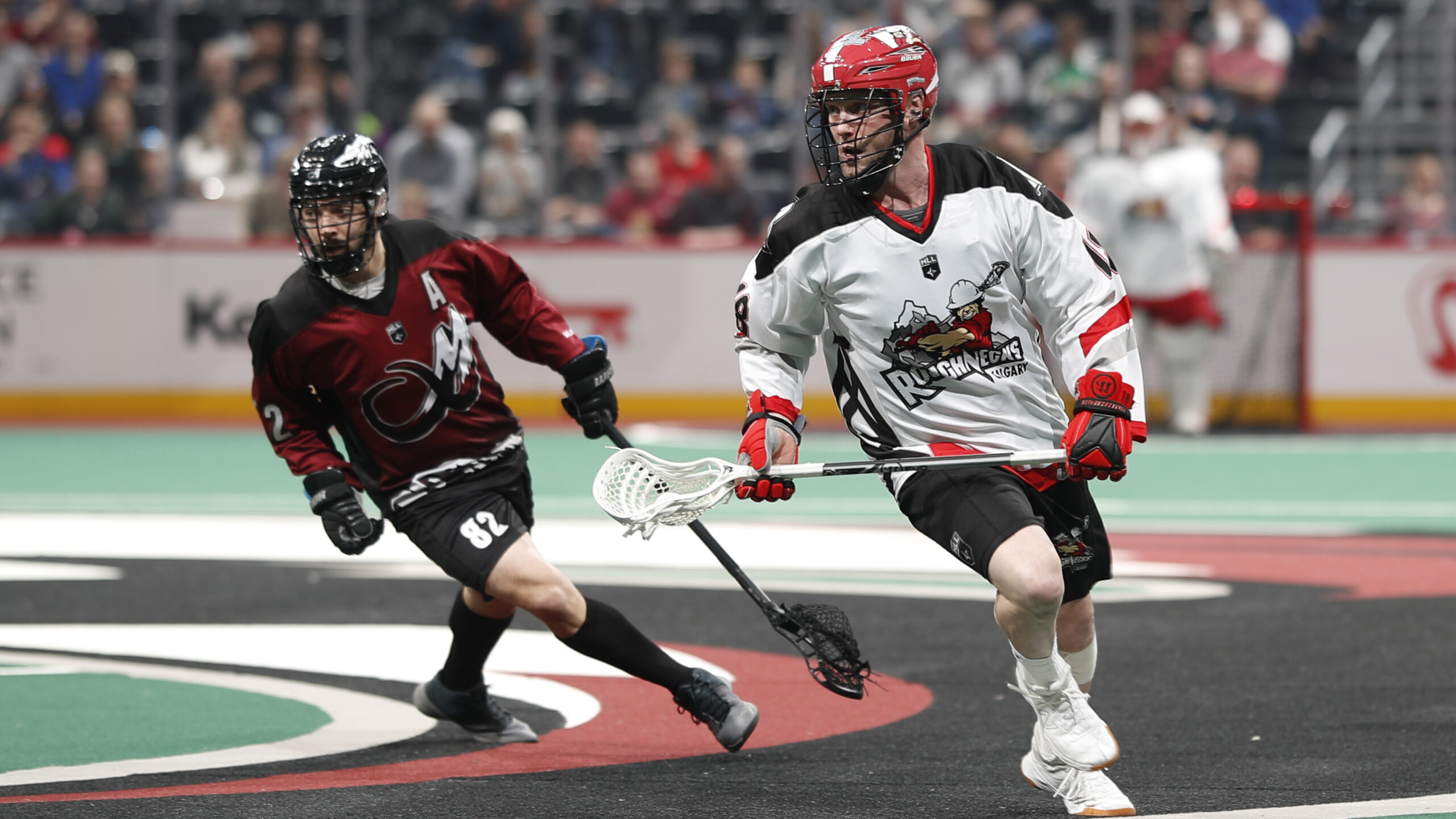 DENVER, CO – It was a disappointing weekend for the Roughnecks.

They fell 12-7 to the Mammoth in Denver on Sunday, two days after dropping a 15-9 decision to the expansion Seals in San Diego.

“It was a difficult game,” said Riggers coach Curt Malawsky of the most recent setback. “There was no shot clock from the start and there was buzzers going off when they had the ball, so it was just a weird game.

“It was a tough game for us with that, the fans, and the travel. You need every aspect of things going and those things made it difficult for us. It was a tough weekend for us, but it is what it is.”

Dan Taylor led Calgary with two goals and three points, Riley Loewen had a pair, and Curtis Dickson, Tyler Burton and Ryan Martel rounded out the scoring for Calgary with singles.

A faulty shot-clock slowed the start of the game and the first goal didn’t come until the seven-minute mark of the first quarter, as two consecutive backhand passes provided Taylor with the wide-open look right in front of the net to open the scoring.

However, the Riggers would be held off of the board for the remainder of the opening frame and the Mammoth would net three consecutive goals to take a 3-1 lead into the second quarter.

The Roughnecks rallied back in the second quarter, scoring three straight of their own to take the lead. Dickson and Burton both converted in transition, before Loewen found the back of the net on a great quick-stick chance at the side of the net.

“You know what, we scored early and tied it up and then we lost a couple face-off possessions and they scored a rebound goal and a pick-and-roll goal,” Malawsky said. “That put us down three and then after a couple penalty calls, they scored on the four-on-three which is an easy goal. We got a little frustrated at the end and they took advantage.”

Unfortunately for Calgary, some late penalties gave the Colorado offence life as they tied the game up on an Eli McLaughlin PP marker. A few seconds after another Mammoth powerplay ended, Kyle Killen beat Christian Del Bianco for his first career NLL goal and a 5-4 lead for the home squad heading into halftime.

Calgary’s bench boss wasn’t happy when it came to the number of times his club was penalized.

“I’ll be honest with you, I don’t think all nine penalties were deserved,” Malawsky stated. “I wouldn’t be complaining if they had nine penalties against, too. It’s tough when you’re chasing from behind and then you’re short-handed. I thought there were some soft calls today.

“But in the end, you’ve got to battle through it and we didn’t.”

The second half began similar to the first, with the Riggers opening the scoring and the Mammoth going on a run to take a 9-5 lead. However, late in the third quarter, Martel and Loewen scored in quick succession to cut the deficit to two.

But a goal by Killen set the Colorado lead to three as they headed into the final fifteen minutes of play. On the back of a pair of powerplays, the Mammoth added the only two goals of the fourth quarter.

With Calgary off next weekend with a bye – back in action on Feb. 2, when they host the Vancouver Warriors (7 p.m.) at the Scotiabank Saddledome – they’ll be looking to clean some things up.

That includes their powerplay, where despite a handful of chances, they only scored once.

“I think we had some quality looks,” said Malawsky. “It wasn’t like we weren’t getting chances on the powerplay. Sometimes their best penalty killer is their goalie and I thought Dillon Ward was exceptional. He made some clutch saves on the powerplay. We have to clean some things up.”