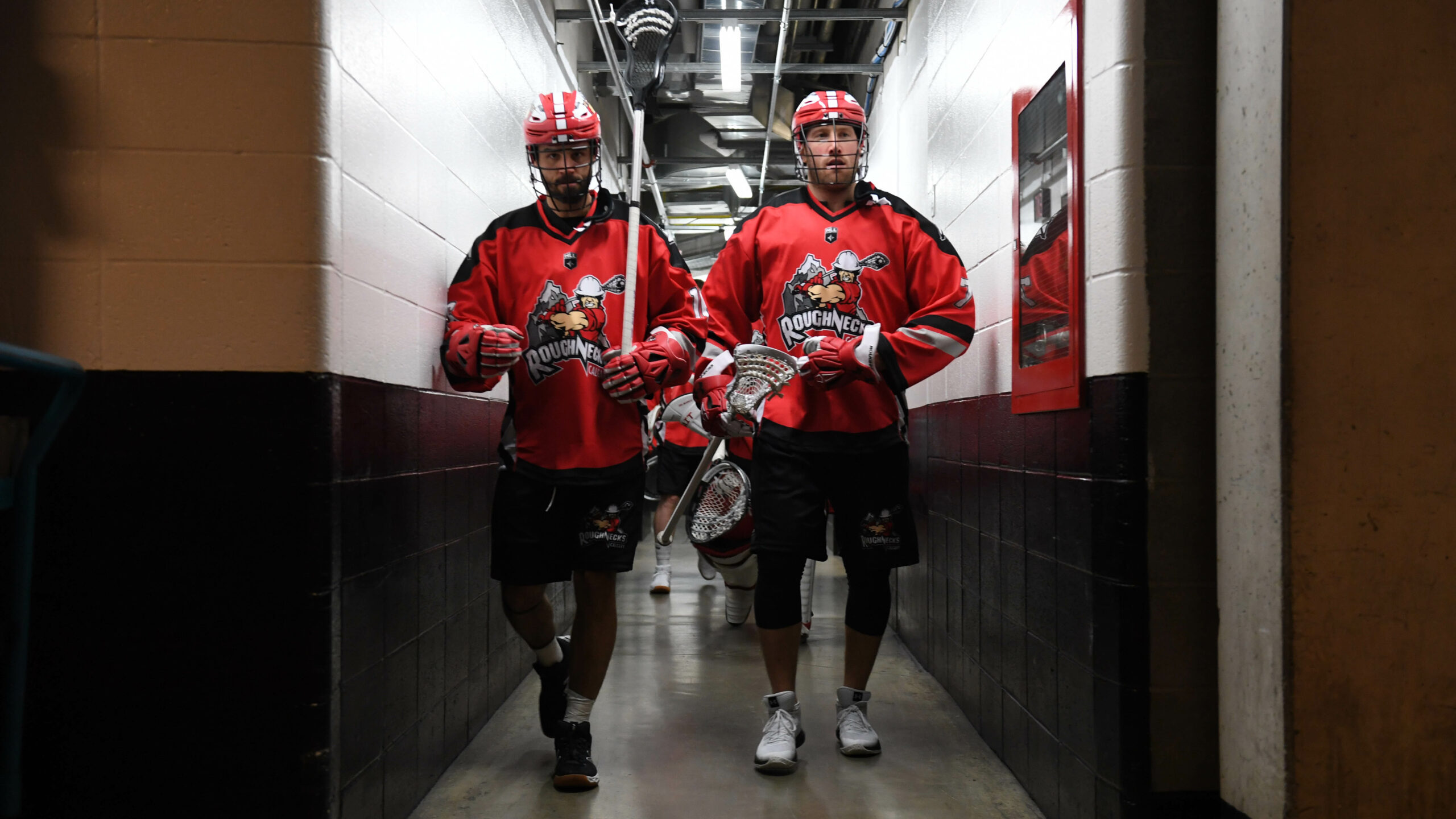 RIGGER RAMBLINGS: The Calgary Roughnecks will look to build upon last Friday’s victory this evening when the San Diego Seals visit the Scotiabank Saddledome for the first time. It’s the Biggest Ugly Christmas Sweater Party in Calgary featuring concourse activities including music, a variety of games and a Christmas photo booth. Fans are encouraged to wear their best (or worst) holiday sweater and bring one to donate to Project Warmth for those in need this holiday season. Project Warmth will also be accepting winter jackets, toques and gloves of all sizes. The Calgary Roughnecks dominated the second half scoring eight goals en route to a 14-8 win over the Vancouver Warriors last Friday at Rogers Arena. Rhys Duch (2g, 8a) eclipsed 900 NLL career points as he led the charge offensively for the Roughnecks with a game leading 10 point effort. Dane Dobbie found the back of the net on four occasions and helped with three others while teammates Tyler Pace (3g, 3a) and Riley Loewen (3g, 2a) each scored a hat trick for the visiting team.  Mitch Jones was the top performer for the Warriors with two goals and two assists, followed by Logan Schuss (1g, 2a) with a three point effort.

SAN DIEGO: Tonight marks the first of three regular season meetings between the Roughnecks and Seals. San Diego, which was awarded an NLL expansion team in August of 2017, began their inaugural season with a 17-12 victory over the Colorado Mammoth last Saturday. The Riggers and Seals will meet again on Friday, Jan. 18 when the Roughnecks travel South to the Valley View Casino Center.

DIVISIONAL DIET: Tonight marks the third of four West Division contests for the Roughnecks. Calgary will next face-off against the Colorado Mammoth on Jan. 6 at the Pepsi Centre. Last season, the Roughnecks finished 5-5 against West Division opponents.

NLL DEBUTS: Defencemen/transition players Eli Salama (drafted 12th overall in the 2018 NLL Draft) and Reece Callies (selected 13th overall in 2018) made their NLL debuts on Dec. 21 against the Vancouver Warriors. Salama recorded one assist and picked up two loose balls while Callies also scooped up a pair of loose balls. Forwards Chris Boushy (selected 31st overall by the Saskatchewan Rush in the 2017 NLL Draft) and Carter Dickson (drafted 45th overall in 2018) along with defence/transition player Shane Simpson (selected 6th overall in 2018) made their NLL debuts in Calgary’s home opener on Dec. 15. Boushy recorded two points (1g, 1a) in the home setback while Simpson collected eight loose balls and recorded two turnovers and Dickson took two shots on goal.

DEL BIANCO’S ASSISTS FOR KIDS: On Saturday Roughnecks goaltender, Christian Del Bianco, and the Roughnecks Foundation proudly announced a new charitable program, Del Bianco’s Assists for Kids presented by Ascent Consulting Ltd. The partnership will see both Del Bianco and the Calgary Roughnecks Foundation direct $30 while Ascent Consulting Ltd. donates $500 for every regular season assist recorded by the Calgary goaltender. In addition, Del Bianco is auctioning off his helmet on ElevateAuctions.com, which features the KidSport logo. Auction details will be communicated in the new year. Del Bianco tallied 17 assists during the 2017-18 regular season and hopes to increase his point total this year.

THE ROAD AHEAD: The Roughnecks now take on West Division rivals, the Colorado Mammoth, on Sunday, Jan. 6 in a 1:00 p.m. matinee. They will then head home to host the New England Black Wolves on Saturday, Jan. 12 at 7:00 p.m. Doors will welcome fans at 5:30 p.m. for the $5 Happy Hour featuring food and drink specials at all concourse concessions and the Dueling Piano Kings will be performing live during the halftime show. The Grey Cup will also be in the Rough House with photo opportunities for fans in the Chrysler Club.