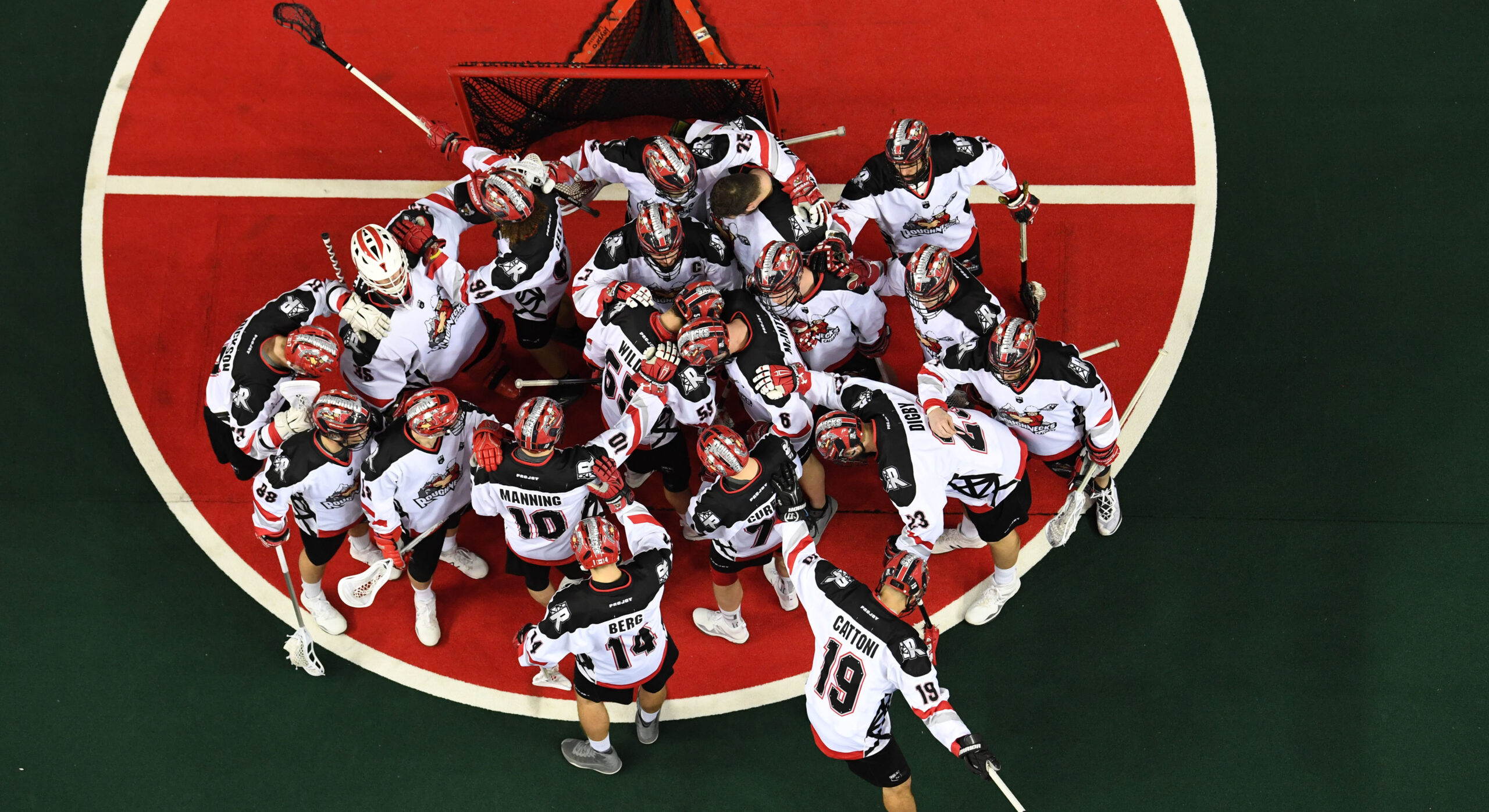 The Calgary Roughnecks are back on home turf tonight for Fan Appreciation Night, presented by Vision Travel, to face the Buffalo Bandits. Game time is 7:00 p.m. MT with $5 Rough House food and beverage specials beginning at 5:30 p.m.  The Roughnecks will be donating the proceeds from tonight’s 50/50 draw to help those affected by the Humboldt Broncos tragedy. Calgary is coming off last Sunday’s 13-12 overtime upset against the New England Black Wolves. Early on, the teams kept it close, the Roughnecks with a 6-5 advantage heading into the halftime break. Stephan Leblanc netted a goal for New England just seven seconds left in regulation to force the game into overtime. Black Wolves forward Johnny Powless scored the overtime winner 47 seconds into the extra session. Wesley Berg (3g, 5a) led the Roughnecks with eight points while Dane Dobbie was next with seven and Holden Cattoni tallied five, all scoring a trio of goals for the visiting team. The Buffalo Bandits last saw action on Saturday, Apr. 7 when they defeated the New England Black Wolves 14-11. The Bandits have won six of their last ten games and are on a two-game winning streak.

BUFFALO: Tonight is the final of two regular season match-ups between the Roughnecks and the Buffalo Bandits.  In their last meeting, the Bandits jumped out to an early lead with a five goal first quarter that proved too much for the Roughnecks to overcome. Buffalo snapped a two-game slide and improved to .500 on the season.

Jan. 6/18 at BUF: CGY 8 BUF 13 …  The Bandits built quarter leads over the Roughnecks en route to a 13-8 victory at the Keybank Center. Buffalo received five-point efforts from Callum Crawford (4g, 1a), Jordan Durston (3g, 2a) and Dhane Smith (2g, 3a). Curtis Dickson recorded four goals while alternate captain Dane Dobbie followed with a pair of markers and one helper.

PLAYOFF BOUND: With Calgary’s 13-9 victory over the Vancouver Stealth last Saturday at the Langley Events Centre, the Roughnecks have clinched a playoff spot in the West Division. Since their establishment, the Calgary Roughnecks have advanced to the post-season 15 out of 17 seasons.

COACH’S CORNER: Assistant general manager and head coach Curt Malawsky is the winningest coach in franchise history with 50 victories.  He passed Chris Hall’s mark of 46 in the team’s triumph over Colorado on Feb. 10.  Malawsky was first-named to the job in August of 2012.

COMMUNITY SUPPORT: On Wednesday, the Calgary Roughnecks proudly announced that with their partnership with Cedarglen Living, the St. Patrick’s Day-themed jersey auction, held at ElevateAuctions.com, raised $11,000.00 for the Alberta Children’s Hospital Foundation. The Roughnecks donated $5,500, which was matched by Cedarglen Living. The limited-edition jersey was true to the original jersey design, but featured a distinct Irish flare with the caricature’s outfit in the logo, the font of the name bars and shamrocks on the shoulders. This unique jersey made its one and only appearance of the 2018 National Lacrosse League season on March 17 when the Roughnecks hosted the Rochester Knighthawks in the team’s first St. Patrick’s Day Party presented by Cedarglen Living.

THE ROAD AHEAD: Following tonight’s game, the Roughnecks head out on the road for their final two match-ups of the regular season. They will visit the Vancouver Stealth at the Langley Events Centre on Apr. 21 and on Apr. 28 will travel to the Sasktel Centre to battle the Saskatchewan Rush.