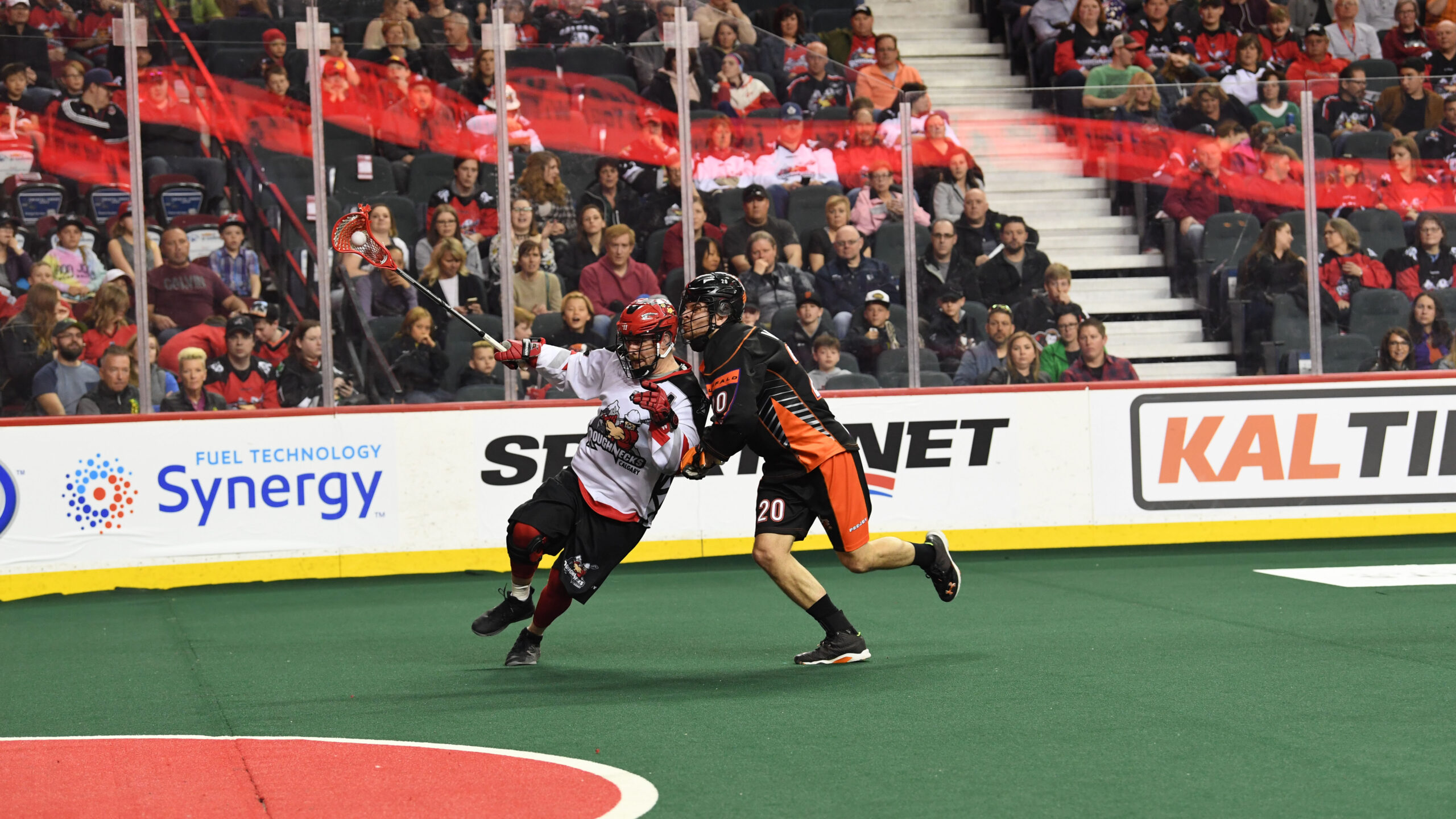 RIGGER RAMBLINGS: The Calgary Roughnecks are visiting Buffalo’s KeyBank Center this evening for a 5:30 p.m. MT match-up against the Bandits. The contest marks the Roughnecks’ second East Division battle after facing the New England Blackwolves on Jan. 12. Calgary was last in action on Feb. 9 when they strung together three five-goal quarters to overcome the Rush 17-12 at the SaskTel Centre. Saskatchewan jumped out to an early 5-2 lead but the Riggers regrouped and rallied passed the home team adding 15 goals to secure back-to-back wins. Three Roughnecks tallied four markers in the road win including Tyler Pace (4g, 3a), Curtis Dickson (4g, 7a), with a game leading 11 points, and Dane Dobbie (4g, 6a). Dobbie’s 10-point effort pushed him passed the 800 NLL career point milestone marker. Four different players had a four-point showing with Robert Church and former ‘Neck Jeff Shattler posting three goals and an assist each while Ryan Keenan and Mark Matthews rounded out the scoring. The Bandits, who are on a three-game winning streak, are coming off last Saturday’s 19-9 road victory over the Georgia Swarm.

BUFFALO: Tonight marks the one and only regular season meeting between the Roughnecks and Bandits. The 2017-18 NLL season was the first time the two rivals met twice during the regular season since the 2003 campaign. The series was split 1-1 with Buffalo taking game one on Jan. 6 at the KeyBank Center while Calgary dominated the Bandits in their rematch on Apr. 14 at home. Each contest between the two teams since Apr. 8, 2017 has seen at least a five-goal differential.

SPECIAL TEAMS WATCH: Calgary’s power play is eighth in the NLL at 40.91% while the penalty kill is second in the league at 63.41%.

ENTER EAST: This week marks the second of six contests against an East Division rival this season. Calgary finished the 2017-18 campaign with a 3-5 record against opponents from the East.

DÉJÀ VU: Alternate captain Dane Dobbie is closing in on the franchise’s all-time record of 416 assists, held by Jeff Shattler. Dobbie has 803 points (393g, 410a) in 169 games. Last season the forward became the franchise’s all-time leading scorer finishing the season with 751 points (371g, 380a) in 160 contests to surpass the previous mark of 684 also set by Shattler.

DEL BIANCO’S ASSISTS FOR KIDS: On Dec. 15, Roughnecks goaltender, Christian Del Bianco, and the Roughnecks Foundation proudly announced a new charitable program, Del Bianco’s Assists for Kids presented by Ascent Consulting Ltd. The partnership will see both Del Bianco and the Calgary Roughnecks Foundation direct $30 each while Ascent Consulting Ltd. donates $500 for every regular season assist recorded by the Calgary goaltender. In addition, Del Bianco is auctioning off his helmet on ElevateAuctions.com, which features the KidSport logo. Auction details will be communicated in the coming weeks. Del Bianco has already tallied five assists in nine games during the 2018-19 campaign so far and looks to increase his point total throughout the remainder of the season.

THE ROAD AHEAD: Week 11 of the 2018-19 NLL campaign is a bye-week for the Roughnecks. Then on Mar. 2 they travel to the SaksTel Centre for a re-match against the Rush before returning home on Mar. 9 when they host the Toronto Rock at the Scotiabank Saddledome. Game time is 7:00 p.m. MST featuring a halftime performance by the Drill Bits.