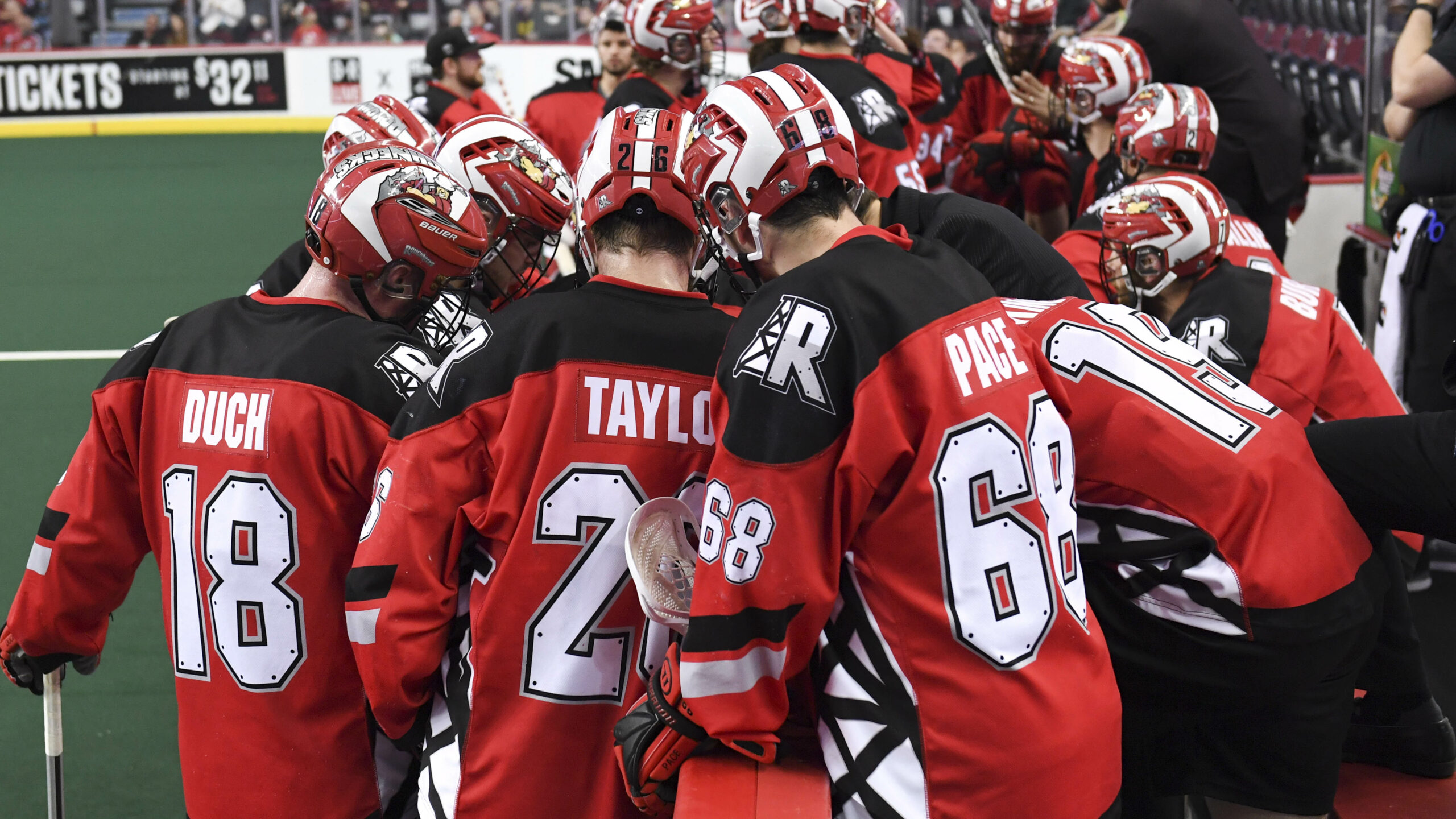 RIGGER RAMBLINGS: Following a 10-7 win over the Buffalo Bandits at the KeyBank Center last Saturday, the Calgary Roughnecks are one win away from capturing the 2019 National Lacrosse League title. The Roughnecks host Game 2, presented by Heritage Honda, tonight at the Scotiabank Saddledome. If necessary, Game 3 will be back at the KeyBank Center on Friday, May 31. Calgary leads the best-of-three series, presented by Michelob Ultra, 1-0 after their victory in Buffalo that began with a defensive battle in the first half.  The rivals entered the halftime break knotted at 2-2, Rhys Duch scoring both of the Calgary goals. The Roughnecks’ offence pushed in the second half, tallying eight goals including three by Dane Dobbie who posted a game-leading six-point effort. Curtis Dickson, Dan MacRae, Dan Taylor and Mitch Wilde rounded out the scoring for the visitors, MacRae and Taylor both recording their first playoff goal. Shawn Evans led the way for the Bandits with one goal and four helpers while Josh Byrne and Corey Small each notched a pair of goals in the home loss. Christian Del Bianco stood tall between the Calgary pipes stopping 48 of the 55 shots on goal while Matt VInc made 34 saves for Buffalo.

vs. BUFFALO: Tonight marks the third time the Roughnecks and Bandits have met in the playoffs and the second time in the NLL Finals. The last post-season match-up against the two clubs was in the NLL championship game on May 7, 2004 in front of a sold out crowd at the Scotiabank Saddledome when Calgary took home the Champion’s Cup after a 14-11 victory. Buffalo last won the Cup in 2008 when they defeated the Portland LumberJax 14-13. The Bandits finished the 2018-19 regular season with a 14-4 record and are 5-0 when playing opponents from the West Division. Top-seeded Buffalo claimed their spot in the NLL Finals after a 12-8 victory over third-seed Toronto Rock on May 11.

SERIES STATS: There has only been four combined goals in the first half… Buffalo has outshot Calgary 55-44… The Roughnecks are 0-2 on the power play, the Bandits are 1-2.

PLAYOFF STREAKS: Rookie Reece Callies has recorded one point in all three playoff games played with one goal and two assists…Curtis Dickson (7g, 6a) has tallied a minimum of two points in each post-season matchup… Rhys Duch (2g, 6a) has set up goals in each playoff game and ended a two game goal drought tallying a pair or markers in Game 1 against Buffalo… Jesse King (5g, 6a) has tallied at least three points per game… Dane Dobbie (8g, 11a) has recorded at least six points per contest tallying game highs in each playoff tilt.

POST-SEASON EXPERIENCE: Since their establishment, the Riggers have advanced to the post-season 16 out of 18 seasons and have an all-time post-season record of 20-17. Calgary has a combined 269 games of playoff experience.  Dane Dobbie leads all Roughnecks players with 28 post-season games played and tops the team in playoff points with 131 (61g, 70a).

STRIVE FOR FIVE: The Roughnecks won their first Champion’s Cup (now called the NLL Cup) on May 7, 2004 when they beat the Buffalo Bandits 14-11 in the NLL championship game at the Scotiabank Saddledome. Five years later on May 15, 2009, the ‘Necks downed the New York Titans 12-10 at the ‘Dome and hoisted the Champion’s Cup for the second time. Then in 2014, five years later, the Roughnecks had an opportunity to capture the league title against the Rochester Knighthawks. After splitting the two-game series, the Roughnecks fell short and dropped 3-2 in the mini-game tiebreaker.  Now five years following their most recent run for the cup, Calgary has a chance to capture their third NLL Cup in franchise history.

PLAYOFF POWERHOUSES: Dane Dobbie leads the NLL in playoff scoring with 19 points (8g, 11a). This is just one point off his previous career high of 20 (12g, 8a) set in 2014, which he tied in 2018 with eight goals and 12 assists… Jesse King tops the NLL with two game winning goals in the post-season… Christian Del Bianco ranks first among goaltenders with most wins (3), most minutes played (180), most saves (138) and the highest save percentage (0.863).

SPECIAL TEAMS WATCH: Calgary’s power play ranks fourth in the league at 48.86% while the Bandits power play is third in the NLL at 48.94%. When playing shorthanded, Buffalo holds a slight advantage over Calgary with 61.33% (first overall).  The Roughnecks’ penalty kill sits second at 60.76%.  Two Calgary snipers sit in the league’s top-10 in power play goals: Dane Dobbie sits second in the NLL with 12 while Rhys Duch is tied for third with 11. Corey Small leads the league with 14 man-advantage markers while Shawn Evans is tied for fifth with 10.