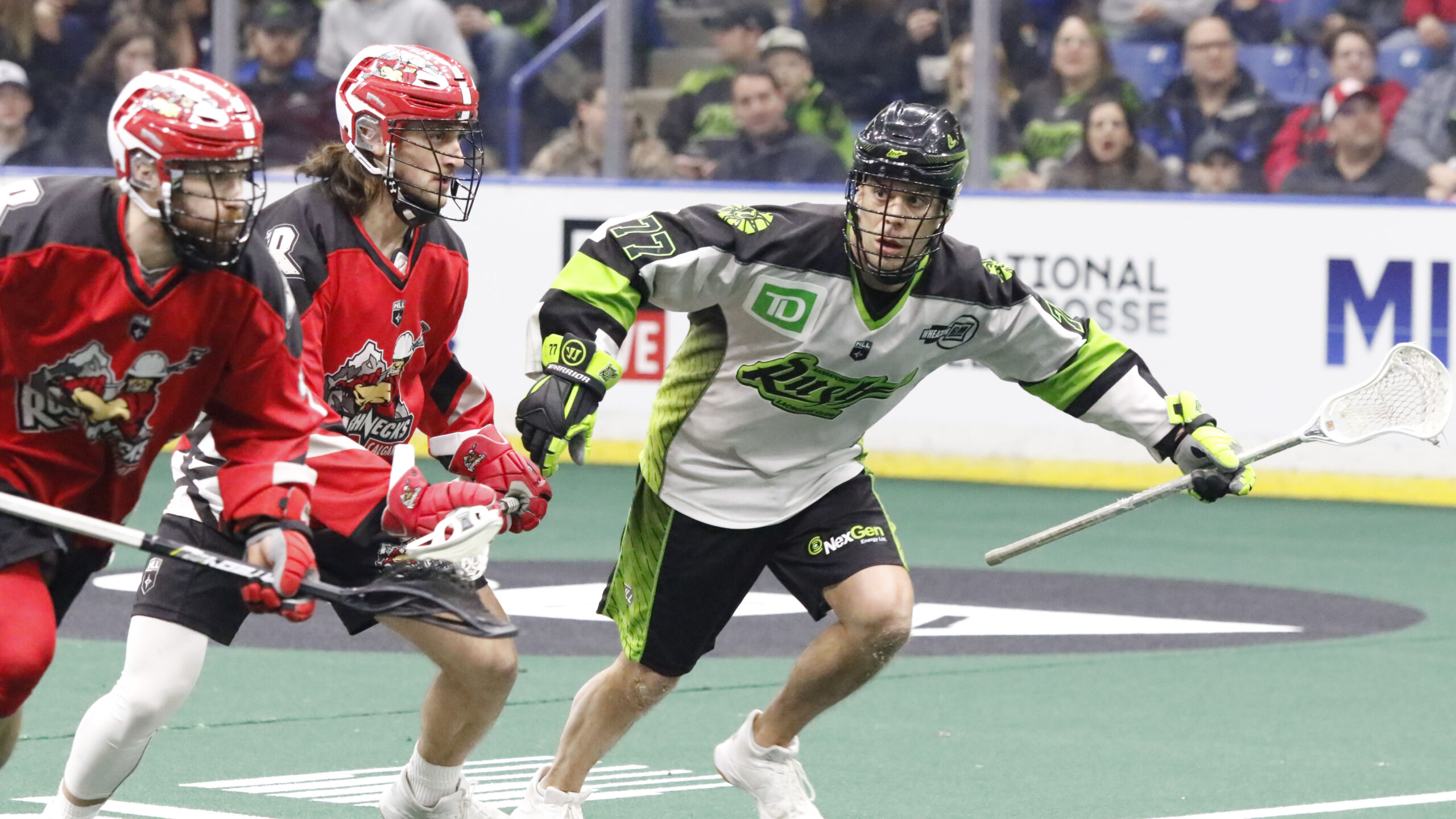 The second installment of this season’s Battle of the Prairies goes Saturday night in Saskatoon, as the Roughnecks take on the Rush at the Sasktel Centre (6:30 p.m. MTN, watch on Bleacher Report Live).

In their last meeting the Riggers made a big statement, dumping the rival Rush 17-12 on the road on Feb. 9.

The game marked the Roughnecks’ first win at the Sasktel Centre in franchise history, and their first victory against the Rush in more than a season.

There’s even more on the line with the upcoming rematch.

The Riggers have the chance to win their second season series this campaign (they won their first over the Vancouver Warriors), and improve to first in the tight West Division if they prevail in Saskatoon.

“The season series are big, and the ones we really focus on, so I expect a playoff atmosphere tomorrow,” said Taylor.

“To get any separation in the west right now is going to be big, there’s a couple of teams right up at the top, and even the bottom teams aren’t that far away. So to close out another season series is going to be huge, if we can win the game in Saskatoon that’ll be massive.”

The Riggers head into the game following a bye-week after falling 12-10 to the Bandits in Buffalo on Feb. 16.

“I thought we played well enough to get the win,” said Taylor. “But there were a couple of bad bounces here and there, and a couple breakdowns on both offensive and defensive ends. We didn’t get the job done so it left a bitter taste.

The Rush are coming off their second win in a row, a 9-7 home victory over the Colorado Mammoth.

If that wasn’t enough momentum for them, they’ll also have the extra motivation to avenge their defeat at the hands of the Riggers just a few weeks ago.

And with a league-leading powerplay clipping along at 69.2% – thanks to the likes of Mark Matthews, Ben McIntosh and Jeff Shattler up front – the key will be staying out of the sin bin.

“They’re powerplay is tops in the league and they’re pretty automatic on it, so we’ve got to stay out of the box,” said Taylor.  “We need to make sure we do our jobs on the offensive ends, getting to the middle, setting good hard picks, and in the defensive end keeping up communication and taking care of the ball.

“We’re going to come in hungry and if we stay disciplined, and we keep that energy we’re going to have success.”