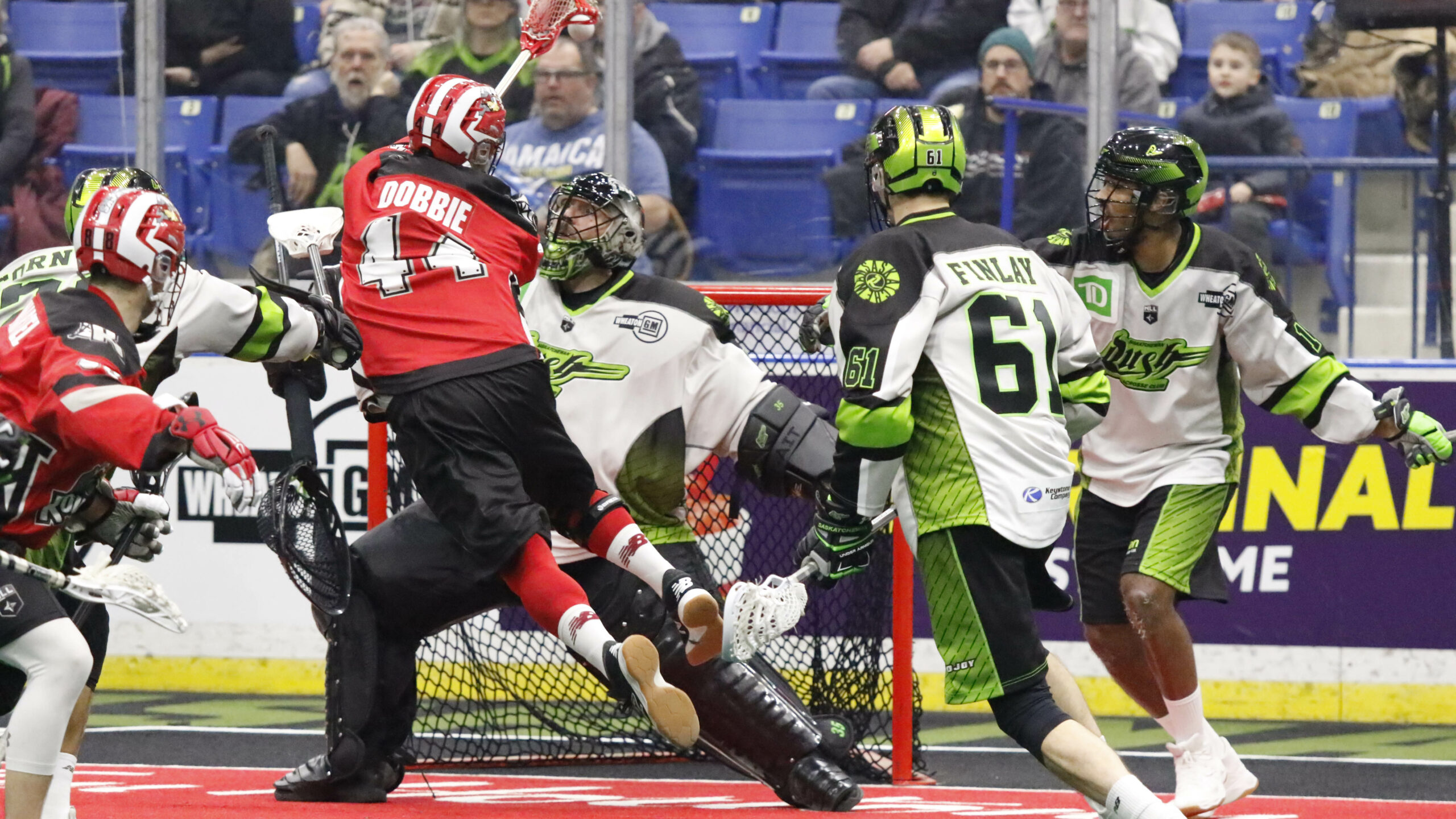 The Roughnecks have already punched their ticket to the NLL playoffs.

Home-turf, however, is still on the line.

With a win in Saturday night’s season-ending tilt with the Saskatoon Rush at the Scotiabank Saddledome, the Roughnecks still have a shot at playing in the Rough House for their yet-to-be-determined semi-final matchup.

While the Roughnecks will need some help to button down an opening tilt at home, all they can do for now is focus on what they can control.

“We’re excited. You want to be playing meaningful lacrosse when you get to playoffs,” said star forward Curtis Dickson. “We need help from other teams if we want to move up in the standings, but we can’t really worry ourselves with that too much. We’ve just got to take care of whatever we can. We’re looking to head to the playoffs on a winning note.

“Last weekend we definitely took a step in the right direction. It’s been a while since we’ve been able to host a playoff game and our fans obviously deserve it. We’re going to play this next game like a playoff game, and it’s at the Saddledome. A home playoff game is definitely something that we’d love to be able to do, but we don’t have full control over it.”

The Rush will be coming out with a similar mindset.

With two games left on their schedule, Saskatchewan could fall anywhere between first and third in the playoff bracket.

The Riggers are 1-1 on the season series with the Rush, taking the Feb. 9 game at the SaskTel Centre 17-12 and collecting their only win against Saskatchewan since April 2017. The Rush came back in the next game trouncing the visiting Roughnecks 15-9 on Mar. 2.

Offensively, the Roughnecks have had a resurgence over the past two games, scoring 32 goals, while only scoring 30 in their previous three.

The Riggers are entering the next Battle of the Prairies with a new offensive weapon in the addition of Jesse King. He played his first game as a Roughneck last weekend after a lower-body injury sidelined him through the first 16 games of the season.

He had an immediate impact, scoring a goal and adding two helpers in the 14-13 victory Friday against the visiting Georgia Swarm.

“It helps to have a guy like King back. He’s a world-class player,” lauded Dickson. “We haven’t really had the opportunity to get a taste of it, he’s only played one game, but I think fans will be very surprised with his game.”

With two straight wins under their belt, Saturday will certainly be looked at as a statement game for the Roughnecks.

“We’ve beaten the Rush this year, but they’ve had our number in the recent past for sure,” said Dickson. “They’ve had a good season so far; they’re first in the division. It’d be great to get a win against them to get some confidence going into the playoffs because we haven’t had a lot of recent success on them.

“It’s a good measuring stick. It’s a tight West Division this year. There’s not a whole lot separating first and fourth. Anybody can beat anybody on any given night, and we need to prove that this weekend.”