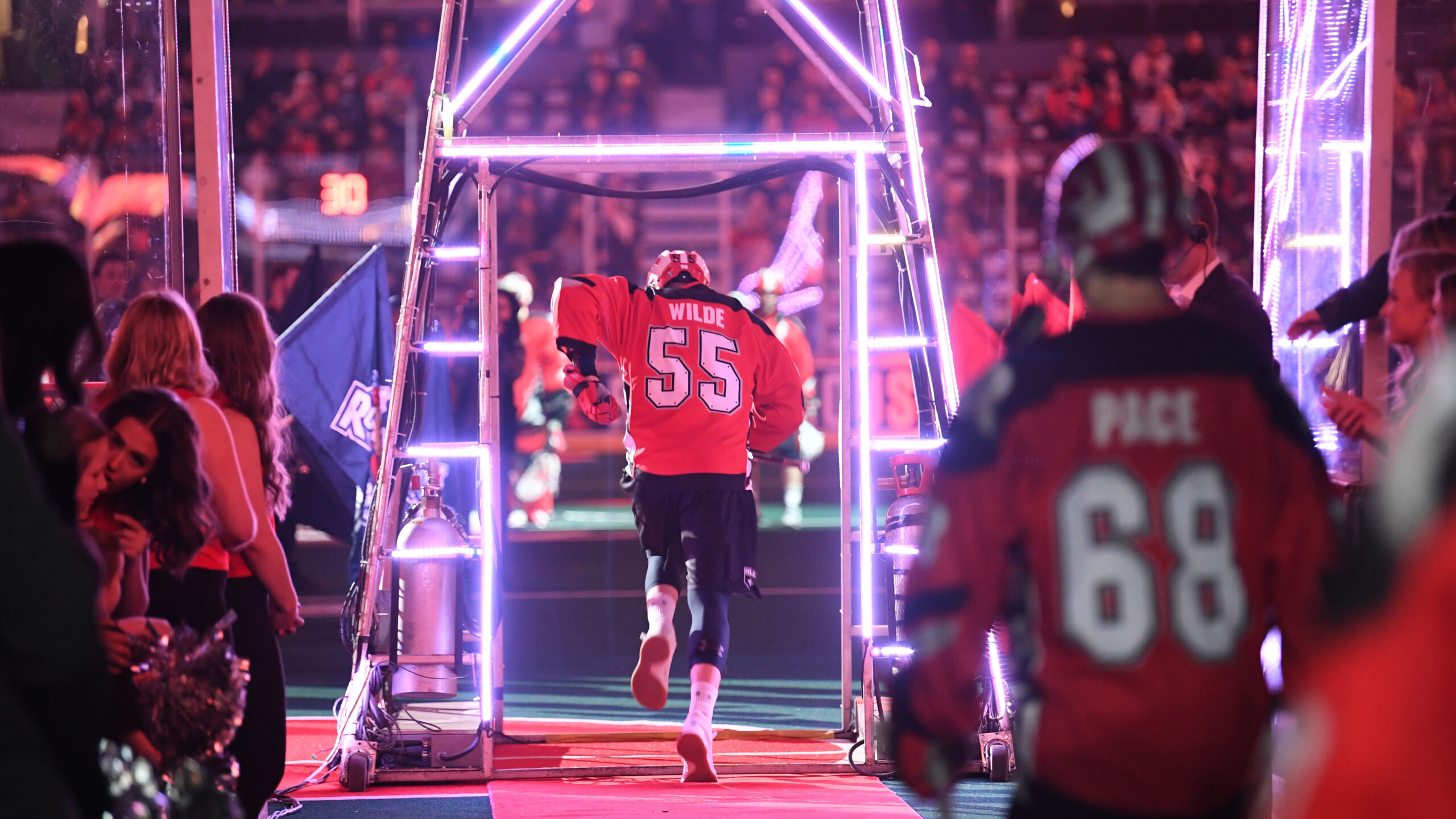 RIGGER RAMBLINGS: Tonight the Calgary Roughnecks will face-off in the West Division final against the Colorado Mammoth at the Scotiabank Saddledome. The Roughnecks advanced to the second round of the post-season following a 12-11 victory over the San Diego Seals on Monday night at the Pechanga Arena. The Seals took the lead by a score of 10-8 in the third quarter after entering the halftime break tied at 6-6. Calgary fired back scoring four fourth quarter goals while holding San Diego to just one. Special teams played a big part in the Roughnecks win as they capitalized on four of seven power play opportunities while the Seals went 0-3 with the extra attacker. Curtis Dickson (4g, 3a) and Dane Dobbie (3g, 4a) both posted seven-point efforts to lead the Roughnecks’ offence while Jesse King was next with two goals and two helpers. Rookies Reece Callies and Shane Simpson both recorded their first NLL playoff points with an assist each. Kyle Buchanan (2g, 4a) led the way for the Seals with six points while Turner Evans (3g, 1a) was their top scorer with three markers. Christian Del Bianco stopped 43 of the 54 shots on goal to record his second post-season win while Frank Scigliano saved 31 of the 43 shots Calgary threw his way.

VS. COLORADO: Tonight marks the eleventh time the Roughnecks and Mammoth have met in the post-season and the second time in the West Division final. The last post-season match-up against the two clubs was in the opening round of the playoffs on May 5, 2018 at the Pepsi Center when Calgary eliminated Colorado from the playoff race with a 15-12 victory. Dane Dobbie (6g, 3a) led the Roughnecks with a nine-point effort while Ryan Benesch (2g, 3a) and Jacob Ruest (2g, 3a) were the Mammoth’s top performers. Colorado finished the regular season with a 6-12 record and are 4-8 when playing opponents from the West Division. The Mammoth are coming off last Friday’s 11-10 overtime victory against the top seed Saskatchewan Rush.

POST-SEASON EXPERIENCE: Since their establishment, the Riggers have advanced to the post-season 16 out of 18 seasons. Calgary has a combined 230 games of playoff experience.  Mike Carnegie leads all Roughnecks players with 27 post-season games played.  Dane Dobbie tops the team in playoff points with 119 (56g, 63a) in 26 games.

PLAYOFF RECORD: Calgary has an all-time post-season record of 18-17. The Roughnecks have competed in ten playoff games against Colorado, posting a 4-0 record when playing at home and 5-1 mark on the road. Calgary is 3-1 all-time in playoff overtime games.

SPECIAL TEAMS WATCH: Calgary’s power play ranks fourth in the league at 48.86% while the Mammoth’s power play is last in the NLL at 37.50%. When playing shorthanded, the Roughnecks hold the advantage over Colorado at 60.76% (second overall).  The Mammoth penalty kill sits sixth at 53.83%.  Two Calgary snipers sit in the league’s top-10 in power play goals: Dane Dobbie sits second in the NLL with 12 while Rhys Duch is tied for third with 11. Kyle Killen leads the Mammoth with 10 man-advantage markers.

DEL BIANCO’S ASSISTS FOR KIDS: On Apr. 20, Christian Del Bianco and the Roughnecks Foundation, in partnership with Ascent Consulting Ltd. directed $14,180 to KidSport Calgary through Del Bianco’s Assists for Kids program. As part of the program, both Del Bianco and the Calgary Roughnecks Foundation each contributed $30 for every regular season assist recorded by the Calgary goaltender, while Ascent Consulting Ltd. donated $1,000 per assist. The 21-year-old Port Coquitlam, BC product finished the 2018-19 NLL campaign with 12 assists. Additionally, Del Bianco auctioned off his game-worn helmet from the 2018-19 season featuring the KidSport logo which raised $1,460 for the program.