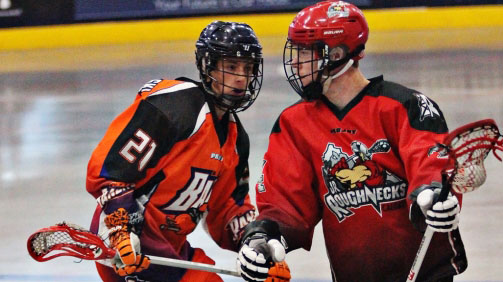 We’re on the hunt for three titles.

The Junior Roughnecks are in Oakville, Ontario, this week to participate in the sixth-annual Junior NLL Tournament at the Toronto Rock Athletic Centre.

“We are excited to once again be competing at the Junior NLL tournament in Oakville this year,” said Roughnecks GM Mike Board. “The players, coaches, volunteers and parents have put in a lot of time and effort to be ready for the event and we wish all three teams the best of luck.

“We look forward to everyone playing lacrosse, learning more about the game and representing the Roughnecks, while meeting new friends throughout the tournament.”