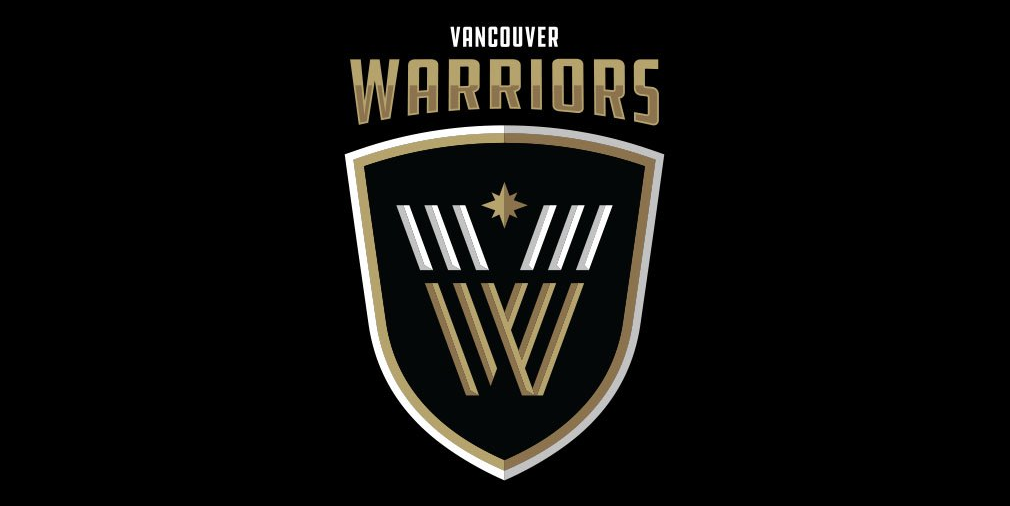 “Today is yet another great milestone for the city of Vancouver and its franchise,” said NLL Commissioner Nick Sakiewicz. “The city is amongst the most historic lacrosse markets in our league and we are excited to welcome a new era of lacrosse to its fans. As we near closer to seeing the best lacrosse action in the world resume with the upcoming 2018-19 season, I would like to officially welcome the Vancouver Warriors.”

Inspired by a long-standing history of lacrosse in the province, the Vancouver Warriors logo includes local elements in its design. At its core, three forged stripes, colored gold and bone-white, form the defining V and W monogram. These three lines are each inspired by the storied traits embodied by the region’s traditional indigenous Warriors: athleticism, protection and strength. Above the VW crest sits the North Star. This traditional beacon of hope defines a Warriors path, offering guidance and direction, the brightest star in its constellation lighting Vancouver’s night sky. Beyond its borders, rests the shield that symbolizes togetherness and community.

“In choosing the name, we wanted to land on an identity that honored the legacy of lacrosse in our province,” said Jeff Stipec, COO, Canucks Sports & Entertainment. “It was also important for us to have a name that incited feelings of strength and excitement to accompany the dynamic atmosphere at NLL games.”

For more information, please visit vancouverwarriors.com to follow the team.

Owned and operated by the Aquilini Investment Group, the Vancouver Canucks were founded in 1970. Playing its home games at Rogers Arena since 1995, the Canucks have appeared in three Stanley Cup Finals (1982, 1994 and 2011) and produced consecutive President’s Trophies in 2010.11 and 2011.12. Through the support and passion of Canucks fans, Rogers Arena hosted a consecutive sellout streak of 474 games from 2002 to 2014, one of the longest in the history of professional sports. President Trevor Linden, General Manager Jim Benning and Head Coach Travis Green currently guide the direction of the club. Through the Canucks for Kids Fund, the Vancouver Canucks are dedicated to assisting charities that support children’s health and wellness, foster the development of grassroots hockey, and facilitate and encourage education in BC. Thanks to the generosity of fans, donors, players, employees and sponsor partners, the Canucks for Kids Fund (CFKF) has granted more than $55 million to charities in British Columbia over the last 32 years. For more information, visit nhl.com/canucks or RogersArena.com.