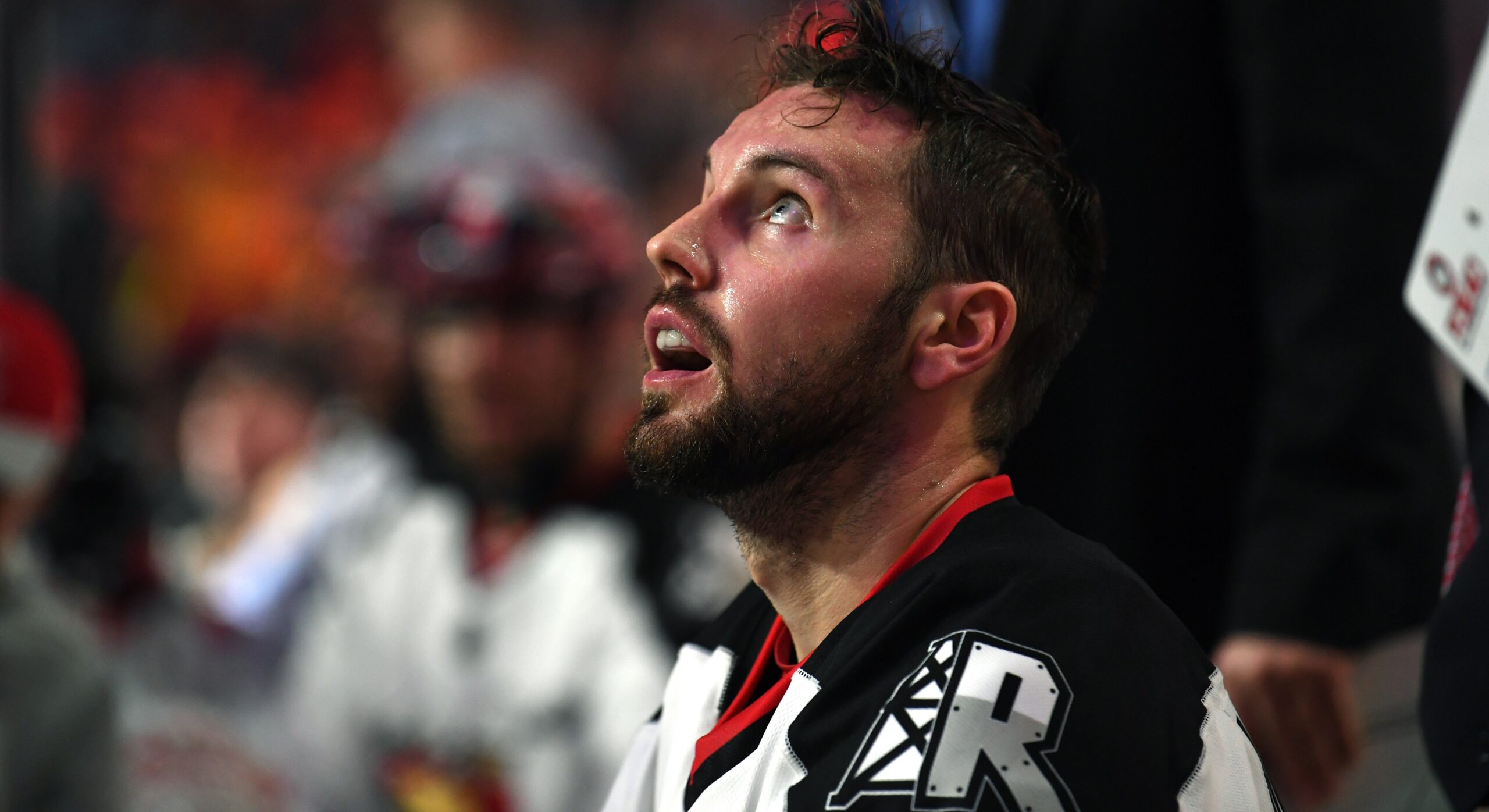 DENVER – Staying out of the box is always key.

Especially in a one-and-done playoff tilt.

Roughnecks captain Dan MacRae said when his side meets the Colorado Mammoth in the West Division Semi-Final Saturday night, steering clear of the zebras will be a priority.

The Mammoth sport a 64.5% on the powerplay against the Riggers in their regular-season series this campaign.

“They’re powerplay has done well against us,” said MacRae. “We want to keep ourselves playing five-on-five as much as we can. We’re confident in our five-on-five defence against any team. Any powerplay in this league – when a team is a man up it’s tough – but especially with the shooters the Mammoth has.

“It takes a little bit of energy out of the backend as well, when you have to use the same guys over and over again on the penalty-kill.”

The Riggers must play a physically tough game to keep Colorado’s powerhouse producers at bay.

It’s always a matter of walking that fine line.

“Ryan Benesch is a great catch-and-shoot kind of guy, so we’re going to have to be aware of him off-ball,” said MaCrae.

“Jeremy Noble stirs the drink for them as far as ball carrier, he’s got really quick feet – we’re going to have to get our athletes on him. Steve Keogh has been playing fantastic lacrosse for them, too, scoring some goals in dirty areas.”

Playing a smothering defence and vacuuming up loose balls is all part of the game plan Saturday.

“(You have to) show good support anytime guys are going one-on-one out of the corner, or Keogh’s trying to bull-rush and do those things he likes to do,” he explained. “As long as we’re playing a good five-man system and we’re in the areas to support each other that’s when we feel we’re playing our best.”

In the NLL one wrong move can lose you a game. On the other side of the coin – there’s also a lot of little moments that can win one.

“You got guys like Dane Dobbie who’s such an emotional player, just watching him have a good shift, the guys follow that,” he said. “Greg Harnett will be grinding out tough shifts and guys notice that stuff, Digby busting his butt to the bench, or Dickson going one-on-four and scoring a goal.

“There’s so many guys that within small moments can put the team on their back.”

And it’s not just veterans that can make the big difference.

“The young guys bring the energy and that hunger, some of the old guys are getting really excited about that. They’re just willing to run through walls to get a win, and that stuff is contagious.”