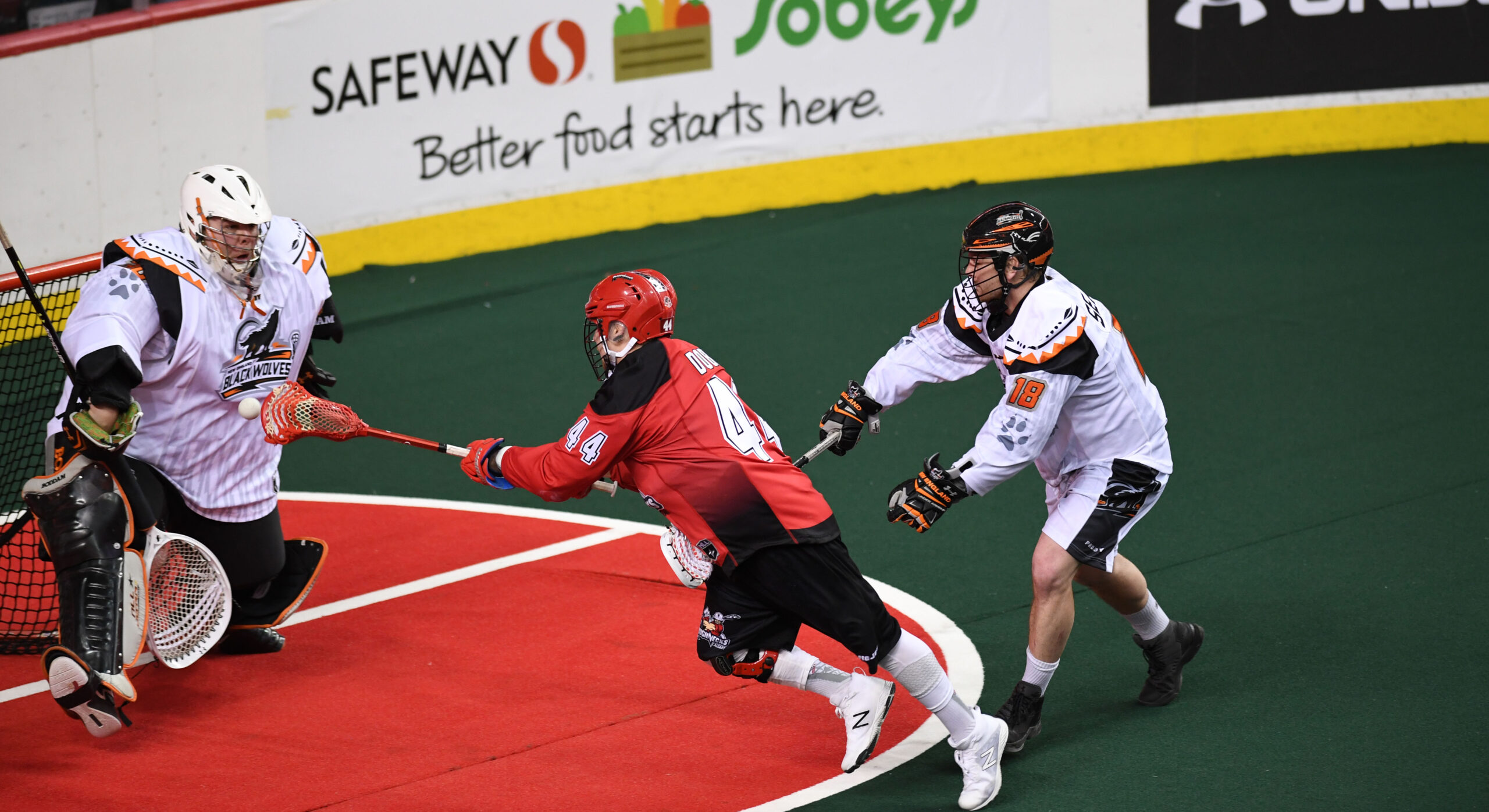 The Roughnecks head to Connecticut this Sunday to take on the Black Wolves in their first and only meeting this regular season. The Riggers are riding high after clinching a playoff berth last Saturday with a 13-9 defeat of the Vancouver Stealth.

The Black Wolves are looking to improve their record in the tight Eastern Division. They sit a full game back from a playoff berth after dropping four of their last five tilts, most recently, a 14-11 decision to the Buffalo Bandits on March 31.

It’s been more than a year since the two teams have met. In their lone match-up last season, the Riggers dumped the Black Wolves 18-13 at home. Wesley Berg and Curtis Dickson both recorded nine points on the evening, and Dane Dobbie collecting seven.

The youngster will have his hands full with Black Wolves offensive stars Kevin Crowley and Stephen Leblanc. Del Bianco a solid performance last week against Vancouver where he stopped 43 of 52 shots.

Crowley not only leads his team, but also the NLL in goals this season. After recording a season high five tallies against Bandits last week, he’ll be a focus for the Riggers’ defence.

The Roughnecks have already landed themselves in the post-season, but can’t let their foot off the pedal if they want to come out on top against a hungry Black Wolves team.