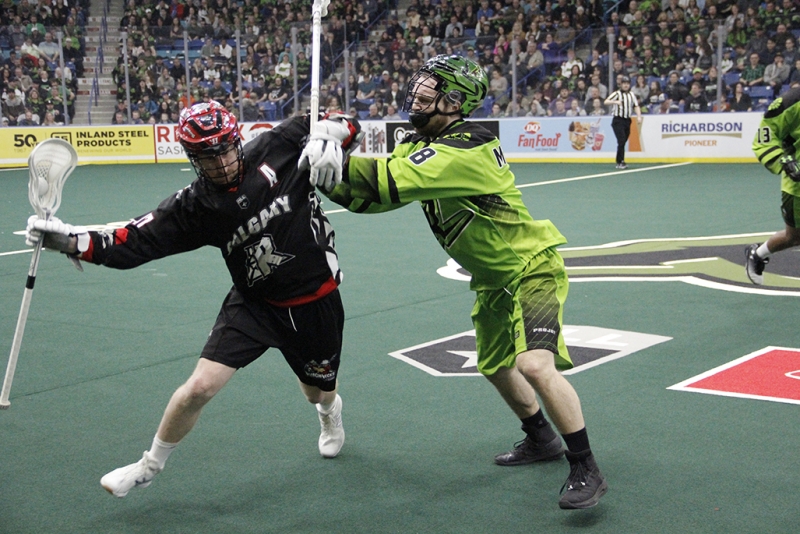 The Roughnecks head to Saskatoon this Saturday to take on the top-seeded Rush. The Riggers enter the tilt riding a two-game winning streak, most recently dominating the Vancouver Stealth 26-11 at the Langley Events Centre April 21.

The Rush look to sweep the regular-season series against the Roughnecks. They’re coming off of a bye after a weekend split – they defeated the Stealth in Langley 20-10 on April 13, followed by a 16-10 loss to the Georgia Swarm at home on April 14.

The game won’t affect the playoff seedings, but there’s no question the division rivals will both bring their A-games. The match-up is a possible foreshadowing of the 2018 West Division Final, which the Riggers will play against the Rush if they’re victorious over the Colorado Mammoth in the West Division Semi-Final at the Pepsi Center on May 5.

It’s the Riggers’ last regular-season game, and last chance to polish and perfect before heading into playoffs.

In their last meeting, Del Bianco stopped 42 of the 51 shots he faced. He’s been lights-out for the Riggers this season, including their most recent game against Vancouver where he made 37 saves on 48 shots. He’ll be doing some heavy lifting against Saskatchewan, taking on the top two scorers in the NLL. (Mark Matthews & Robert Church)

Although it’s bound to be a heated match, the Riggers need to keep a level head as they face-off against the No.1 powerplay in the league. They’ll have to come prepared for playoff-paced lacrosse if they want to walk away with a ‘W’.