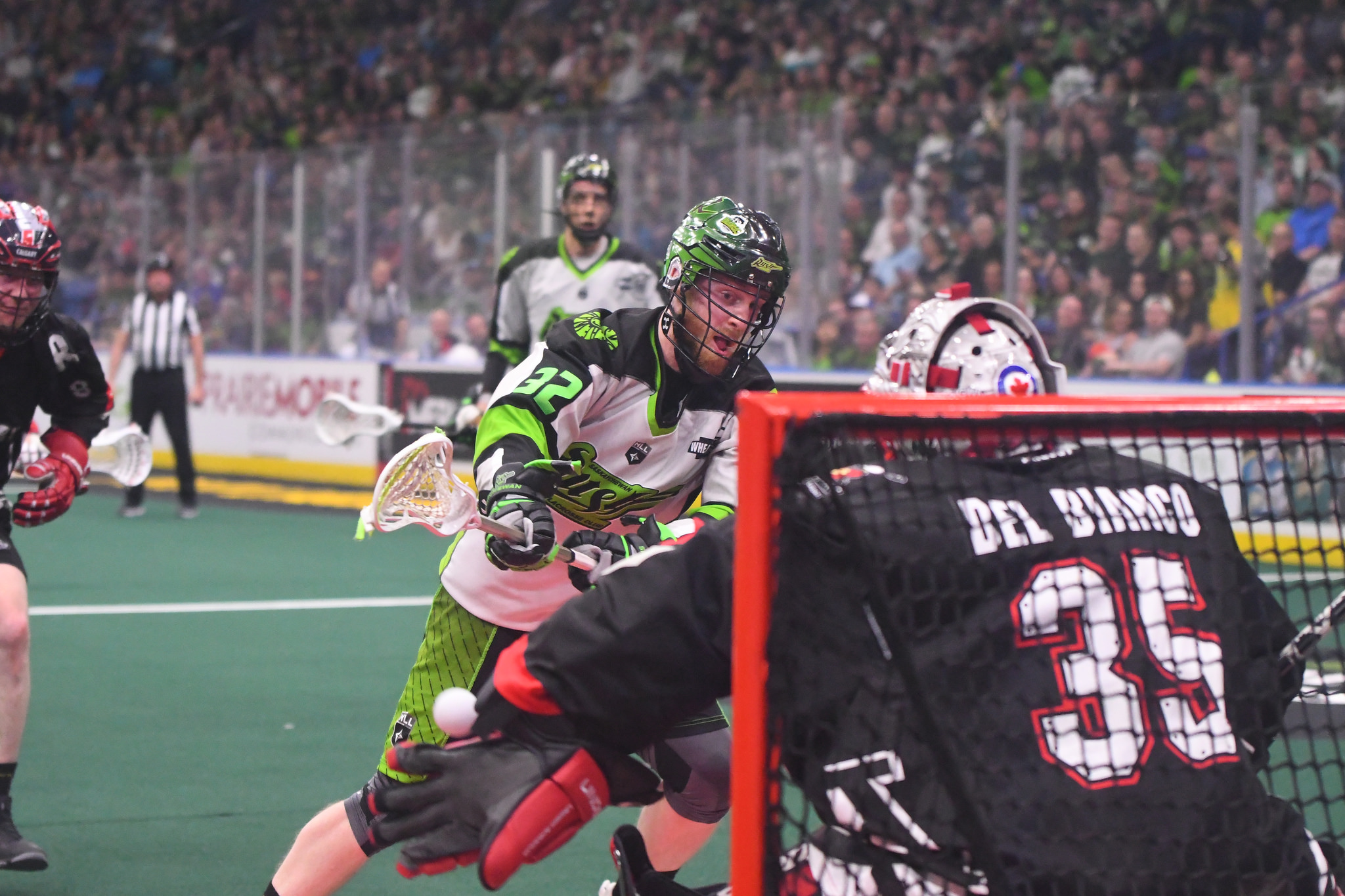 The Roughnecks are in Saskatoon this Sunday for the one-and-done NLL West Division Final versus the Rush. The Riggers are riding high after a 15-12 victory over the Colorado Mammoth in the West Division Semi-Final last Saturday, at the Pepsi Center in Denver. It was an impressive outing for the Roughnecks, who battled back from a 7-3 halftime deficit to beat their Rocky Mountain rivals.

Saskatchewan had a first-round bye after finishing as the top seed in the West, but hosted a practice on May 5 aiming to stay sharp as they awaited their divisional opponent.

In their last regular-season meeting, the Riggers were edged 11-10 by the Rush on April 28, their second one-goal defeat at the hands of their rivals this campaign.

The West Final marks the eleventh time the two clubs have met in the post-season since 2010. The Rush has a 7-3 record over that period.

His performance against the Mammoth last weekend was a significant factor in the victory. Del Bianco’s composure and ability to make important saves at key times gave the Riggers a sense of security in the West Semi-Final. If he can continue to keep a level-head, and make the saves he needs to against the dynamic Rush offence he could be a deciding factor in the tilt.

The last time the two teams competed, the big lefty broke the NLL’s all-time single-season assist record, besting the previous mark of 83 helpers (held by Josh Sanderson, Callum Crawford, and Shawn Evans). He finished the season with 84. Matthews has been a top contributor to the rush, leading the club with 116 points (32+84).

The Riggers pulled off an amazing comeback win in Colorado, however they can’t afford to get behind in Saskatchewan. Coming out hot right off the start is important against the Rush. The Roughnecks also have to limit any Rush offensive runs if they want to advance to the NLL Finals.