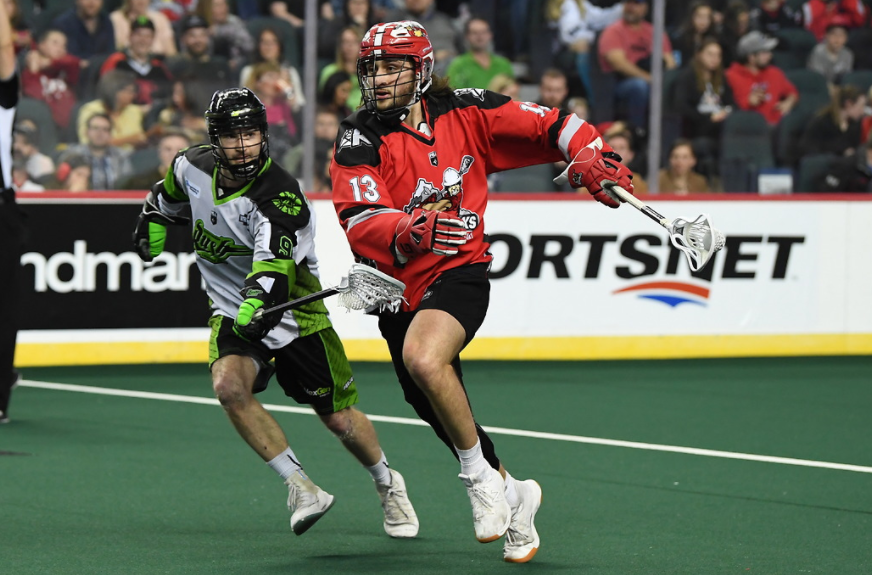 The Battle of the Prairies is back.

One of the most storied rivalries in the NLL reignites this weekend, as the Roughnecks take on the Saskatchewan Rush at the SaskTel Centre Saturday night (6:30 p.m., watch on TSN 3)

It’s the first of the NLL’s Alterna Cup matchups this season, a season-long competition among the five Canadian franchises, based on head-to-head competition. The team with the best winning percentage against their national opponents will be crowned the inaugural Canadian champion and receive the Alterna Cup trophy.

Both teams sit at 0-1 on the season following opening weekend, as the Roughnecks fell 16-9 to the Buffalo Bandits on the road Dec. 4, and the Rush dropped their season opener 12-11 to the Halifax Thunderbirds in overtime that same evening.

Saturday’s tilt marks the first of three regular season meetings between the Roughnecks and their West Division rivals, the Rush.

The Roughnecks and Rush did not meet in the abbreviated 2019-20 season. The last time the two teams met the Riggers defeated the Rush in convincing fashion, an 18-8 victory at the Scotiabank Saddledome on April 20, 2019.

That year, the Roughnecks would take the season series vs. the Rush 2-1.

During the shortened 2019-20 season, the Roughnecks finished tied with the Seals for third in the West with a 5-5 record, while the Rush sat atop of the division at 7-3.

THIS: A few milestone markers are in reach for the Roughnecks: Tyler Pace needs two assists for 50. Captain Curtis Dickson is just two assists away from 350 in his career, and Dan Taylor is two goals back from 50.

THE OTHER:  How about a little sibling rivalry? It’s Currier vs. Currier this weekend as the Roughnecks’ Zach takes on his older brother, Josh, a forward for the Saskatchewan Rush.