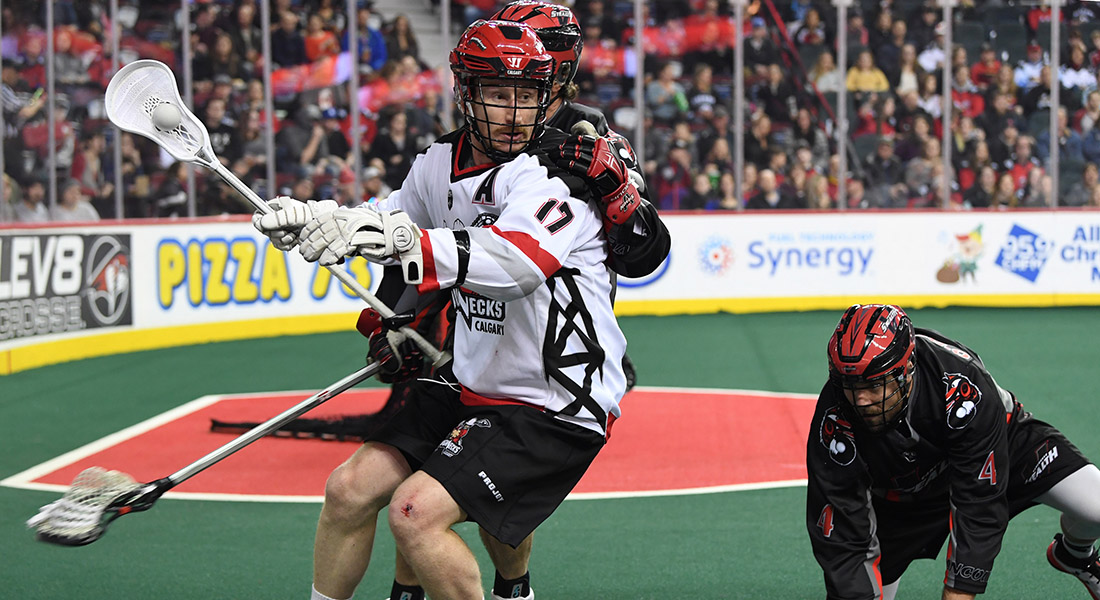 The Roughnecks are riding a two-game winning streak after a 13-9 victory over the Colorado Mammoth at the Scotiabank Saddledome on Feb. 10.

Following their December win against the Stealth, the Riggers suffered five straight losses before rebounding with consecutive wins against the Toronto Rock and Colorado.

After losing to the Riggers, the Stealth dropped their next two games against New England and Toronto before securing their first win of the season, edging the Bandits 11-10 in Buffalo on Jan. 13. It remains Vancouver’s lone win of the year so far as the Stealth have lost each of their four games since.

The Roughnecks will look to improve to 3-3 at the Scotiabank Saddledome and take a 2-0 lead in their four-game season series against Vancouver.

Loewen has been a key cog in the Roughnecks offence during their two-game winning streak. Although the 28-year-old forward didn’t score against the Mammoth, he led his team with four assists. Loewen also scored his second hat trick of the season in the Riggers win against Toronto, adding a pair of helpers to give him 12 points (4G+8A) over his last three games. His first hat trick came in the Roughnecks last meeting with the Stealth as Loewen finished the night with five points.

With 21 goals on the year, Schuss enters Friday’s game in a three-way tie for third in NLL goal-scoring. He has 20 points (8G+12A) in his last three outings, and his 40 points are the second-most on the team behind Corey Small’s 43. Schuss leads the Stealth with five powerplay markers.

The Roughnecks are the league’s most dangerous team on the penalty kill, leading the NLL with seven shorthanded goals. The Stealth, meanwhile, have had eight shorthanded goals scored against them this season, tying them with Georgia for the most in that category. With Vancouver’s powerplay ranked eighth in the league at 36.7% (11-30), could the Riggers create more offence than the Stealth when the visitors are on the man-advantage?