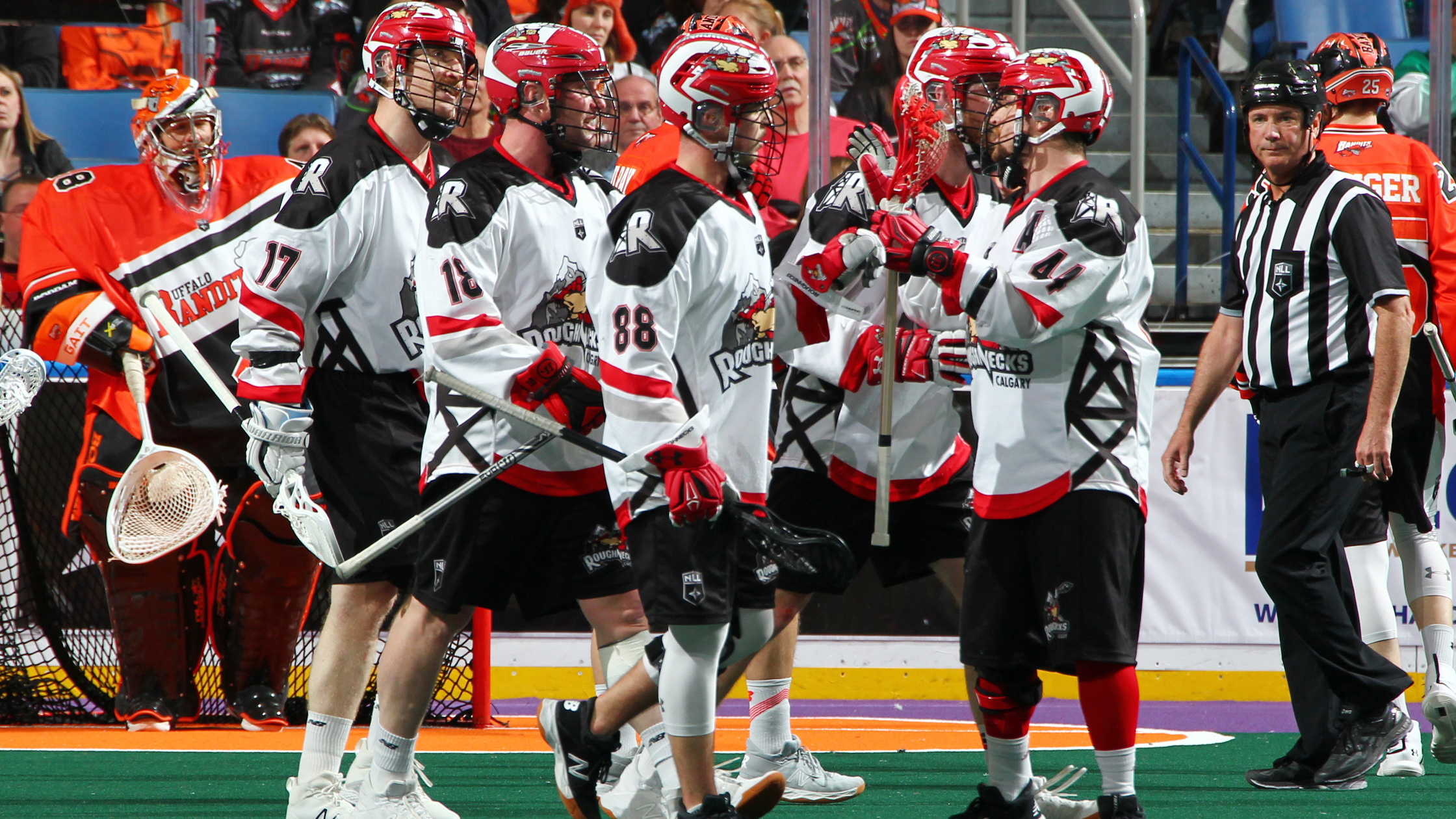 BUFFALO – The stage is set.

The Roughnecks and Bandits will battle it out for the 2019 NLL Cup starting this Saturday the Keybank Center (5:30 PM MT, NLL Live)

The Riggers are riding high after an 8-4 home victory over the Colorado Mammoth in the West Final on May 10 at the Scotiabank Saddledome, while the Bandits are coming off of a 12-8 home win over the Toronto Rock to take the East Division title.

The West Final was very much a defensive battle, while out East the offensive tempo was high on both sides of the floor. For the NLL Finals, though, it’s tough to predict how the tilt will turn out given the two squads unfamiliarity with each other.

The Roughnecks and Bandits only met once during the 2018-19 regular season, with Buffalo coming out on top 12-10 on Feb. 16 at the Keybank Center.

What’s clear, though, is both teams have plenty of firepower. The Bandits led the league with 244 goals in 18 games, while Calgary tallied 212.

Much like Steph and Seth Curry duking it out in the NBA playoffs, the NLL Finals will feature a sibling rivalry, too.

Former Roughneck – and now Buffalo defender – Jon Harnett may make an appearance on Saturday night, squaring off against his brother, Rigger defender Greg Harnett, for the first time in an NLL post-season.

Jon has played one playoff tilt for the Bandits this year, collecting four loose-balls in Buffalo’s 13-6 East Semifinal win over the New England Black Wolves. Jon hit the turf for eight regular-season games this campaign, collecting two assists, 13 loose-balls, and causing one turnover.

Greg played in both the West Semifinal and Final, picking up an assist and two loose-balls in that game. The fiery defender appeared in 14 regular-season games for the Roughnecks in 2018-19, notching a goal and four points, 33 loose-balls and eight caused turnovers.

The statistics speak for themselves, and they say the more disciplined team will likely come out on top.

The Bandits and Roughnecks finished the regular season tied with the third-deadliest powerplay in the league, capitalizing 48.9% of the time. The Riggers now hold claim to the most potent post-season powerplay, scoring on nine out of 12 advantages for a record of 75%. The Bandits sit second, scoring on seven out of 11 advantages, or 63.3% of the time.

Fun fact: The top three powerplay  scorers in the 2019 post-season are Dane Dobbie, Jesse King, and Bandits forward Corey Small, all tied with 2g, 3a.

The Bandits and Roughnecks finished the regular-season with the first- and second-overall penalty-kills in the league, respectively. Buffalo finished with a PK on 61.3%, the Riggers were not far behind at 60.8%. As for the post-season, the Roughnecks sit second overall boasting a PK of 87.5%, the Bandits sit third at 54.5%.

The Roughnecks are hoping so.

Let’s take you back to 2004, the year the Roughnecks captured their first NLL title.

Back then, the Roughnecks advanced to the championship after defeating the Colorado Mammoth in the division finals. Same script played out this time around.

Their opponent at the dance? The Buffalo Bandits, who beat the Toronto Rock in the East final that year. Ditto this post-season.

Then on May 7 in a sold-out Scotiabank Saddledome, Calgary edged Buffalo 14-11.

There are some key differences this time around, the biggest being the best-of-three format for the 2019 NLL Cup.

Also, Calgary and Buffalo were both three seeds in 2004. This year Calgary was a three, but the 14-4 Bandits were No.-1 in the league.