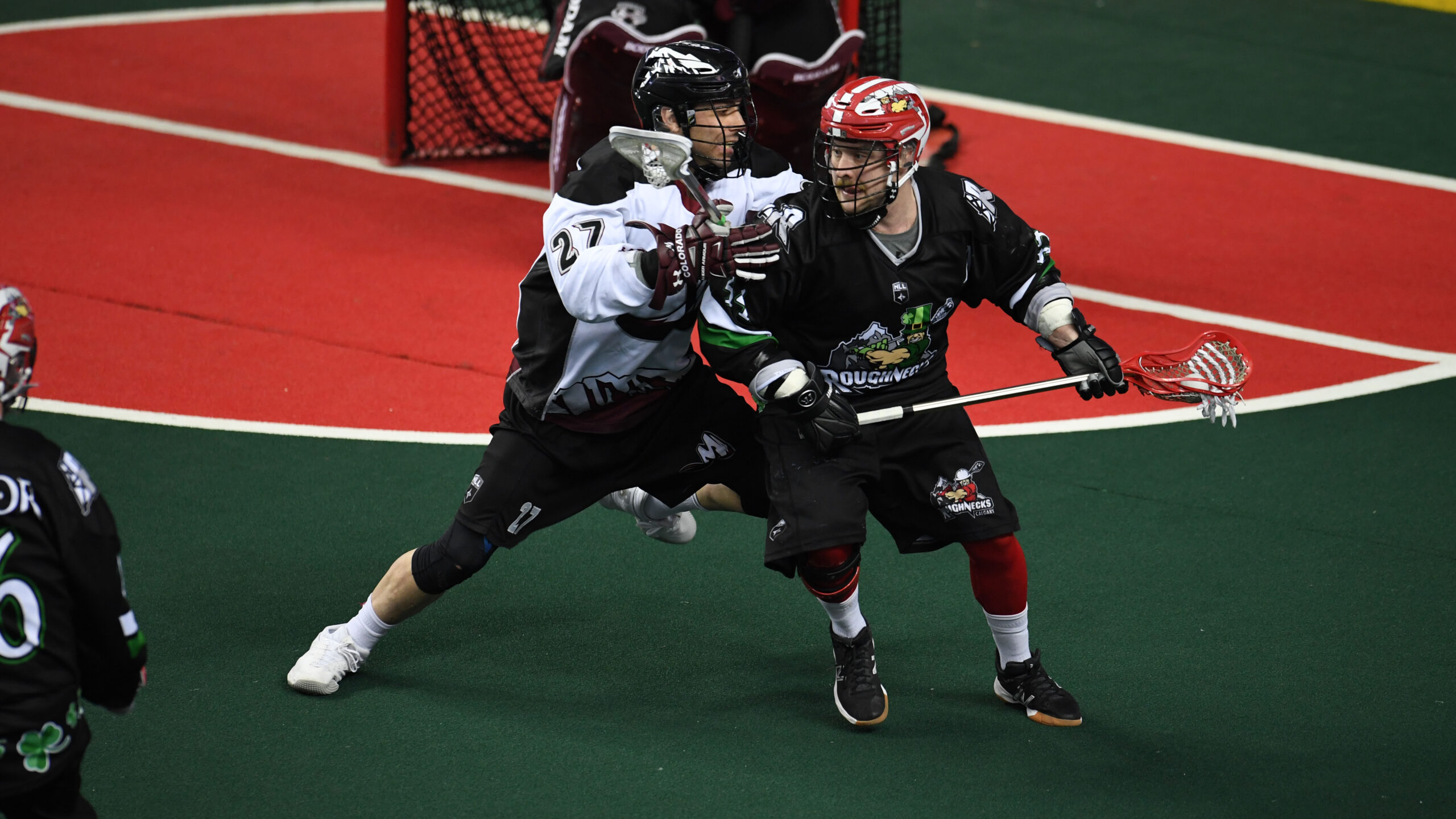 So, we meet again.

The Roughnecks and Colorado Mammoth will duke it out in the post-season for the 11th time when they square off in the NLL West Division Final Friday at the Scotiabank Saddledome. (ticket link)

The Mammoth were the victors in this season’s Rocky Mountain Rivalry series. The Riggers took the series opener 11-8 on Jan. 6 at the Pepsi Centre, before heading to Denver two weeks later on Jan. 20, losing where they fell 12-7. Colorado closed out the season series with an 11-9 win at the Scotiabank Saddledome on March 16.

But that was then, and this is now.

Since their last meeting, the Roughnecks won four of their past five games, most recently a 12-11 win over the San Diego Seals in the first round of the playoffs Monday night.

Well, kind of. The Riggers and Mammoth have met 10 times in the playoffs, but this weekend will be the first time they’ve met in Division Finals since 2004. The Roughnecks are 9-1 in those, winning the last eight.

In their last West Final meeting 15 years ago, the Roughnecks upset the top-seeded Mammoth 13-11 to advance to the Champions Cup Finals. They’d go on to win the franchise’s first NLL title that year, 14-11 over the Buffalo Bandits at the Scotiabank Saddledome.

Fast forward to 2018, during their most recent playoff game the Riggers defeated the Mammoth 15-12 during the West Division Semifinal.

There will be Roughnecks on both benches. Look across to the visitor’s side and you’ll see a very familiar face. Andrew McBride is in his first coaching season in the NLL, now an assistant for the Mammoth.

The former Roughneck defender and captain spent his entire 13-season career with the club and still holds the franchise records for games played at 198, and most penalty minutes with 360. He also sits third in loose balls at 711.

Similar to the West Division Semifinal, fans will have the chance to see two of the league’s premier goaltenders go head-to-head. Ward finished his sixth regular NLL season with a 10.84 GAA and .775 save percentage. He stood on his head against the Riggers over this campaign, allowing just 27 goals in three games, and 11 or fewer in every game of the series.

Del Bianco, now entering his second post-season as the Riggers starting goaltender, finished with an 11.17 GAA and .782 save percentage. Del Bianco allowed 31 goals against the Mammoth during the regular season.

While Dobbie only tallied nine regular season points (2g, 7a) against the Mammoth in 2019, he is routinely a Mammoth killer in the post-season. He’s posted 42 playoff points over them in his career, including six goals and three helpers in last year’s West Semifinal victory.

Superman managed three goals and six points in his two regular season outings vs. the Mammoth. Since 2011, he’s notched 30 post-season points over them, including a four-goal, one-assist effort during last year’s playoff push.