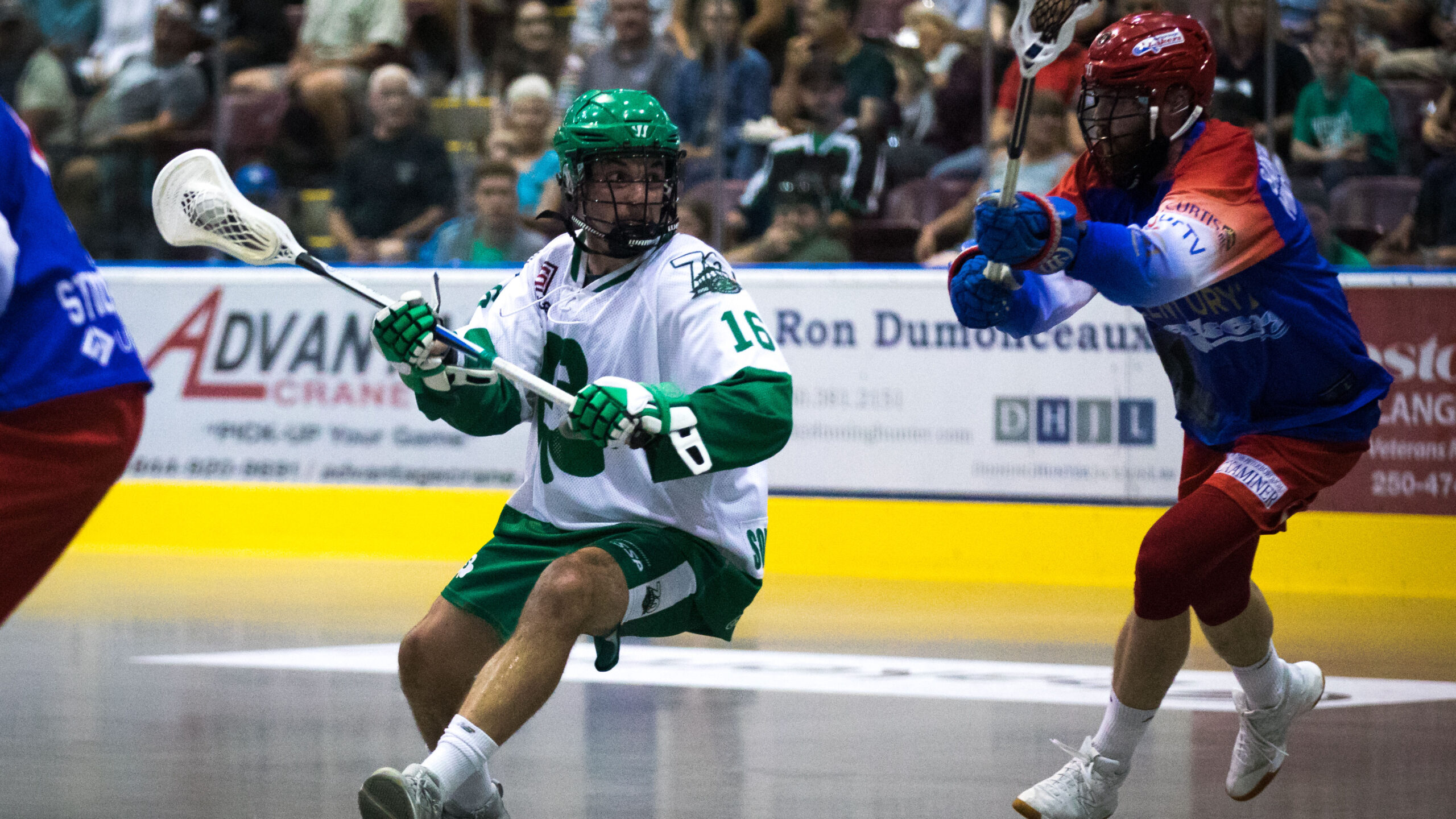 The Mann hunt has begun.

It was a convincing victory for the Victoria Shamrocks in Game 1 of the best-of-seven Mann Cup series, as they defeated the Peterborough Lakers 13-6 at the Q Centre in Victoria Friday night.

Roughnecks Tyler Burton and Tyler Pace both had quite the outing for the Shamrocks, with Pace posting one goal and three points, and Burton potting an empty-netter to close out scoring in the tilt.

For the Lakers, Zach Currier recorded one goal in the losing effort. Currier was also named as an MVP of the game.

To watch your Riggers in the Mann Cup click here.