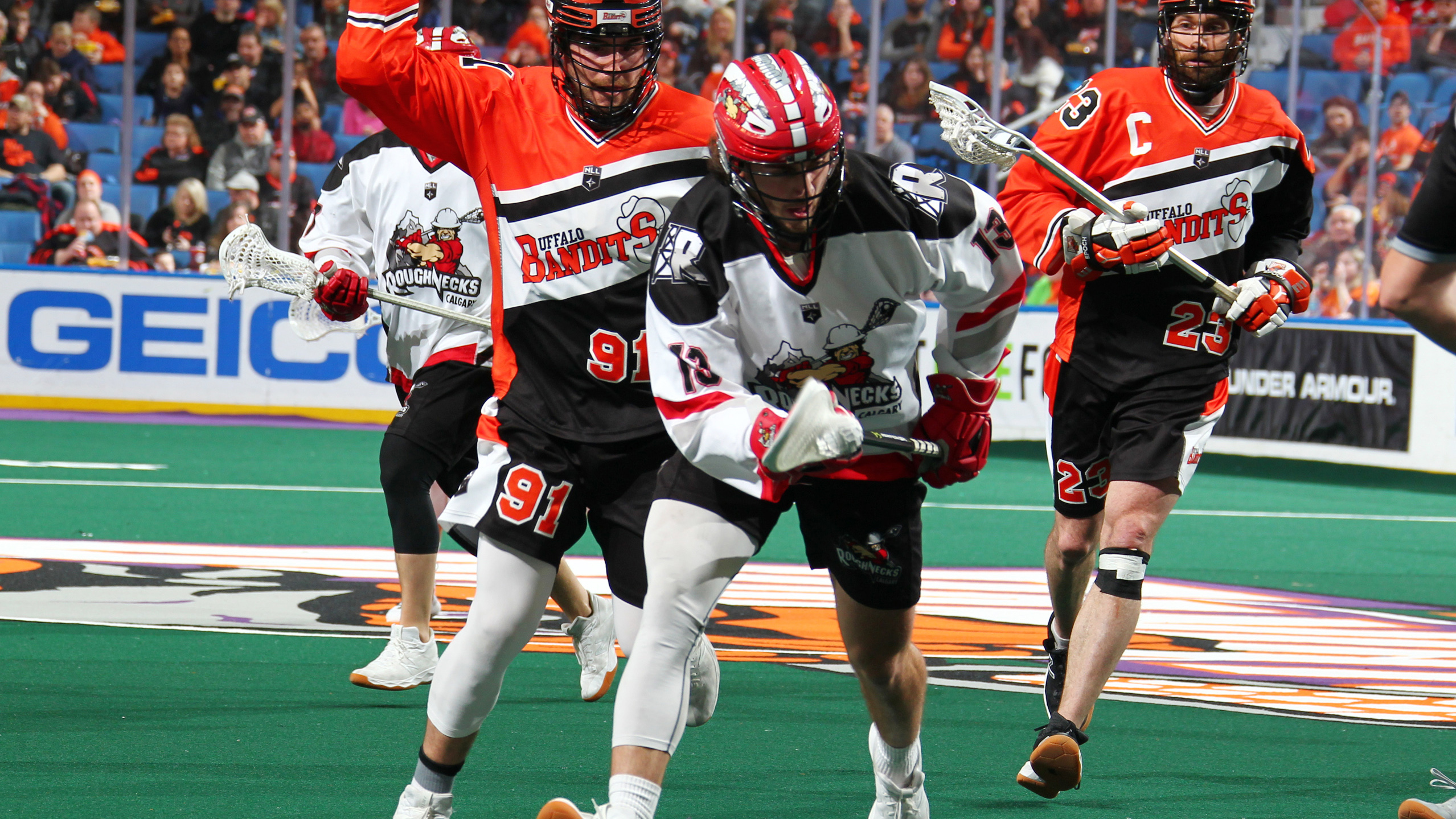 BUFFALO – It was a close race to the very end.

But Calgary would finish in second spot.

The Buffalo Bandits strong transition offence in the second half would ultimately push them ahead of the Roughnecks 12-10 at the  KeyBank Center.

“We wanted to make sure that we were getting off of the floor and shooting the ball right, but when you get tight down the stretch and you’re trying to find one, they run on you. They’ve got a good defence, they packed it down, and they’ve got a good goaltender so they can take the chance shooting out of the back-end.”

Curtis Dickson powered Calgary’s offence with four goals and an assist, while Dane Dobbie (2g, 4a) led the squad in points.

Rhys Duch (2g, 2a), Dan Taylor (1g, 1a), and rookie Shane Simpson (1g) were the only other members of the Roughnecks to solve Bandits netminder Matt Vinc.

“They ramped up the ball pressure on Dobbie and Dickson,” Malawsky noted of Buffalo’s second half adjustments. “We have to try to get the other guys open on that. Duch had a couple, but we have to get some secondary scoring.

“If they’re going to send three guys to Dickson, the other guys have to find themselves open and put the ball in the net. Conversely, if they’re going to step on Dobbie’s shoes, then we need to do the same thing. We need to play offence by committee. We just can’t have a couple guys scoring; everyone needs to contribute.”

The Riggers largely held the Bandits league-best offence at bay in this contest.

“The back-end was really good tonight,” said Malawsky. “Christian Del Bianco made some huge saves for us, the defence was tight and a lot of their goals were in transition. They were leaking out of the back-end and we weren’t getting off of the floor. It was costing us. When you play solid defence and then they get a transition goal, it’s a back-breaker.”

While the Bandits struggled to score five-on-five, they ran the floor all game long as a way to create some additional offensive opportunities.

The Roughnecks bench boss was not happy with the team’s hustle on and off of the turf.

“At the end of the day, we need to buy into the fact that we need to be running off the floor,” said Malawksy. “We need to getting off of the floor, we’ve got to leak off, and we need to have better floor balance.

“That cost us the game.”

The Riggers now head into a bye-week before a rematch with the Saskatchewan Rush Mar. 2 at the Sasktel Centre.

“The effort was there, the guys battled and we’re trending in the right direction,” Malawsky said. “We’re .500 going into the break and we’ve got five of our last eight games at the ‘Dome. We’re going to take the positives out of this one and get ready for Saskatchewan in their barn.”