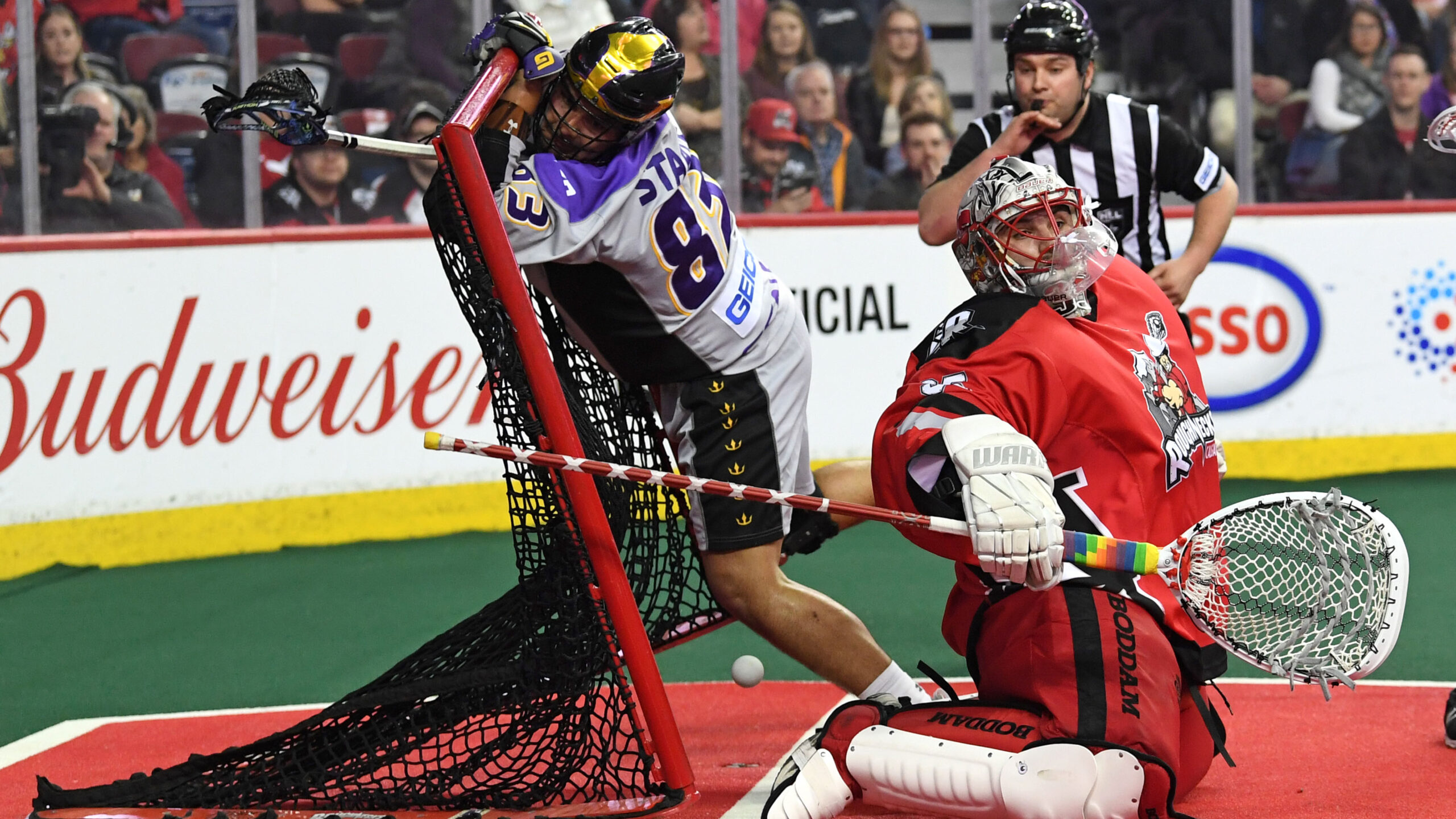 The Roughnecks saw the visiting San Diego Seals control play for most of the game and earn a 16-9 win at the Scotiabank Saddledome Saturday night.

Tonight’s loss was summed up in one word by coach Curt Malawsky.

“I think you said it all, they were better than us in all areas of the game. They deserved to win the game and we deserved to lose the game, we got the result we deserved.”

It wasn’t a performance star forward Curtis Dickson and the rest of the team was pleased with.

“Embarrassing,” said Dickson. “This is as close to a playoff atmosphere as you can get in the regular season and we went out there and laid an egg. That’s unacceptable. If we want to be a contender and we want to make a run in the playoffs in this league, we can’t have efforts like that. Something needs to get figured out here pretty soon.”

Dickson led the Roughnecks offence on this night, with five points (3g, 2a) – including his 700th career point. Dane Dobbie (2g, 2a), Rhys Duch (1g, 3a), and Dan Taylor (1g, 2a) made contributions on the offensive side of the ball for the Riggers.
Despite some highlight goals and a big time milestone, the Roughnecks know they need to be better as they move forward.

“Top to bottom, the last two home games; go ask any man in this room who played and they can be better. As a professional, we have to be better and man up and look ourselves in the mirror. Just play to our abilities, we’re not doing that right now. I don’t know what it is, but like I said, we need to figure it out soon.”

Early on in the contest, the referees clamped down on the rough play between the two squads, calling seven penalties in the first quarter alone. They would call six more the entire game, three to each team.

With plenty of extra-man opportunities for the Roughnecks that went unsuccessful, the tides swung open in favour of the visitors.

“There are usually a lot of penalties early; last couple of games there were some in the first half and then the referees put the whistle away and let us play the game,” explained Malawsky. “In the five-on-three, we should have capitalized on that and we put ourselves behind the eight ball. They hit some shots, we hit some pipes, and Frankie (Scigliano) made some big saves and it’s a game of momentum – and they had it. It’s a disappointing night for us.”

A bright spot for Calgary tonight was that they clinched a spot in the NLL Playoffs as the Saskatchewan Rush knocked off the Vancouver Warriors 12-9.

It’s not the ideal way to get into the dance, but the ticket is punched regardless.

“We didn’t want to backdoor our way into the playoffs, we wanted to earn our way in,” admitted Dickson. “We had the chance to do that tonight and win a season series, but unfortunately that didn’t happen.”

Calgary will be back in action next weekend as they head to the City of Brotherly Love as they’ll take on the Philadelphia Wings on Saturday, April 6, at the Wells Fargo Center (10 A.M.).