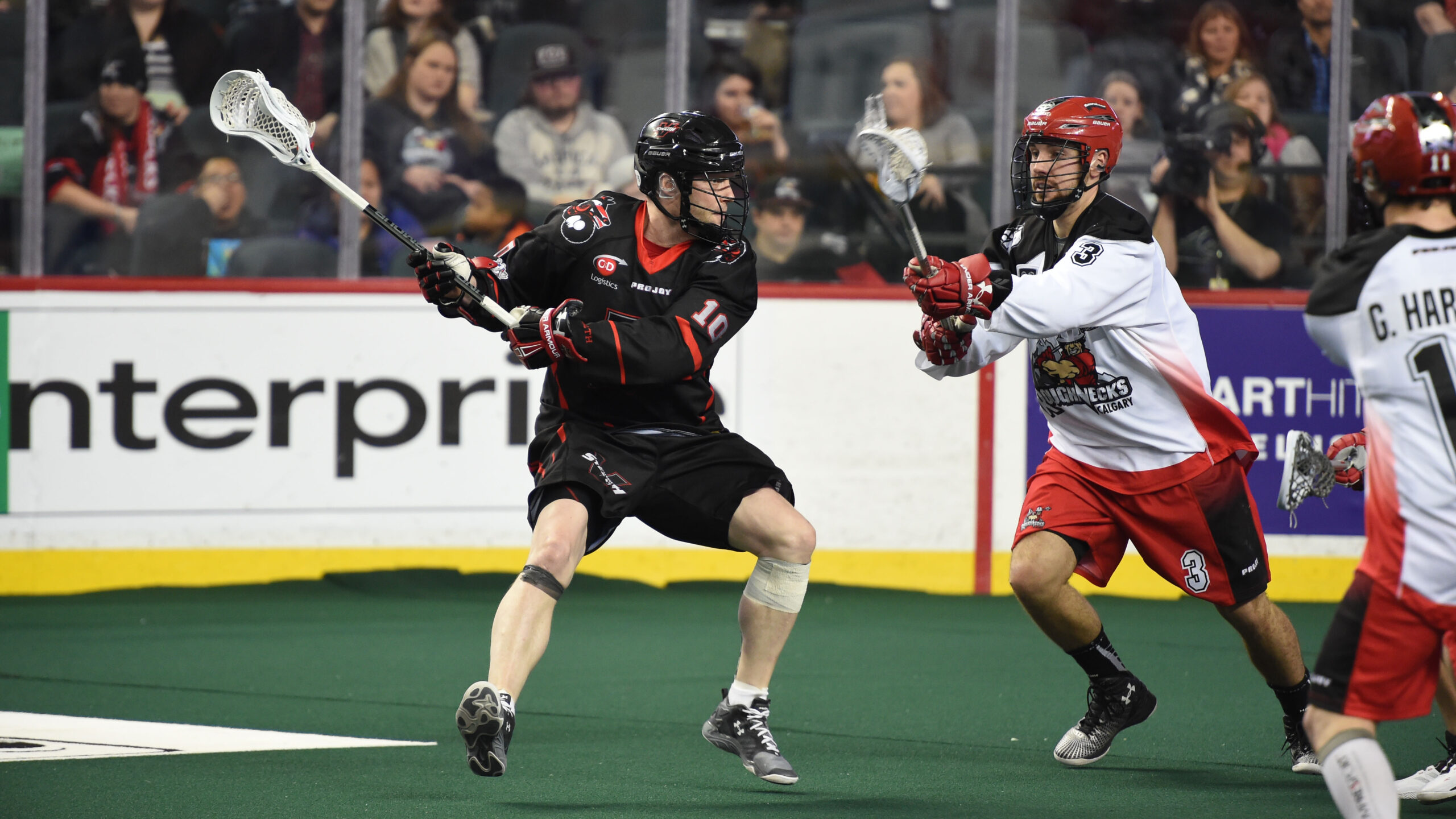 When captain Dan MacRae and newcomer Rhys Duch arrived in Calgary on Friday for the start of Roughnecks training camp, they found themselves in a familiar situation – rooming together at the team hotel.

The close quarters are nothing new for the pair as they shared an apartment in Calgary years ago when Duch worked in the city, and MacRae was seeking a roommate ahead of spending an NLL season in Cowtown.

So bunking together again definitely drummed up a few memories.

“We actually just drove by our apartment on Macleod Trail on our way to medical testing,” said MacRae. “We were able to point out the window, tell all the guys about it, and share a couple of stories.”

The main tale being that of their legendary turkey tacos – a shared kitchen meant the pair quickly created a bond over their culinary creations.

“We cooked a lot of meals together,” MacRae said. “We were reminiscing about ground turkey tacos. He always had one dish, I had one dish – and we still cook each other’s dishes to this day.”

“Turkey tacos were a staple in my diet – I take taco Tuesday pretty seriously,” explained Duch, who was signed as a free agent Wednesday after spending his entire 10-year NLL career with the Stealth organization. “That was something we definitely shared, it kind of became ritual for both of us. Dan was like ‘Wow I’ve never had these, and now I never-not  want to have these!’

“And he taught me how to bake bacon in the oven. We definitely broadened each other’s horizons in the kitchen, it’s where we shared a lot of stuff.”

They weren’t alone in the kitchen, though. There was another roommate sniffing around: Calvin, a basset hound mix owned by Duch.

And with the sometimes hectic travel schedules involved in the NLL, Calvin occasionally became a shared responsibility.

“I always chirped him about his dog being soft and not handling Calgary winters,” laughed MacRae. “Calvin was a beauty, but I remember having to walk him a few times. His paws would always get snow stuck in them and he wouldn’t walk until the snow got scraped out – we always had to stop at least five times.”

“He didn’t mind it, but his feet got cold,” Duch reasoned. “He’s was a California dog, and had lived in Victoria, winter wasn’t the thing for him.”

Turns out, the subzero Calgary temperatures weren’t the thing for Duch, either.

“I think it was 2015, there was real bad winter for Calgary,” MacRae recalled of the year Duch moved out of the apartment.

“It was minus 30 every day, and it lasted probably seven months. I remember him waking up one day and saying ‘I can’t take it.’ He’s a Victoria boy, he’s used to the sunshine, so he was telling me he had to get out of there – and I said ‘yup, no problem.’”

So, MacRae and Duch’s tenancy together lasted less than a year.

Their friendship, however, is almost six years running.

“I first met Rhys in 2013 when I was in Victoria playing senior-A for the Shamrocks,” MacRae explained. “I sat beside Rhys in the locker-room, the relationship started there and we obviously got along great … he’s a right-handed offensive player, I’m a left-handed D guy, so I always had to D him up in the NLL and in practice, so we always had lots to talk about.”

In MacRae’s view, the addition of Duch makes Calgary’s already potent offence that much deadlier.

“It feels natural,” MacRae explained. “I’m excited to see what he can do, because when that guy’s fired up and has a chip on his shoulder it brings the best out in him – I’ve seen it before. I’m expecting big things from him this year.”

The feeling is mutual.

“He’s such good player,” Duch said of his teammate. “It’s really not been fun playing against him. But to be on the same team now is super exciting because he’s such a great guy on the floor and off the floor personality-wise.”

And we’re sure you’re curious, so we had one more question for the old flat mates – who was the messy one?

“He’s a neat freak,” MacRae joked. “It was definitely me, I was the messier one.

“I don’t think I ever had a steady girlfriend before we moved in together, so I was always leaving my stuff all over the place – I’ll definitely take that one.”

“I just like to be organized I guess,” Duch laughed.