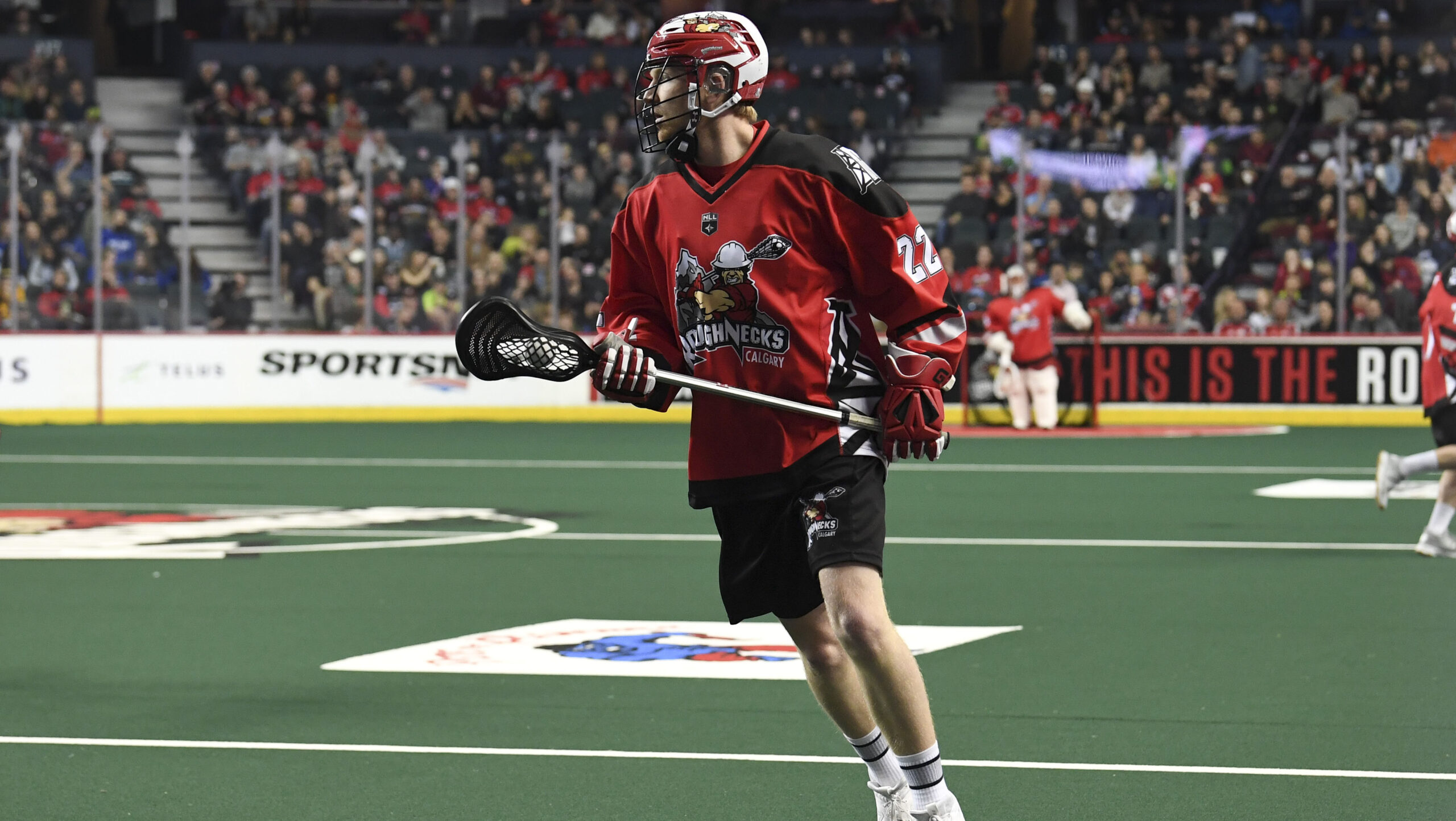 The Roughnecks today announced the National Lacrosse League club has re-acquired defenceman Shane Simpson, a first round pick in the 2019 NLL Entry Draft (8th overall) and a second-round selection in 2021 from the San Diego Seals in exchange for forward Wesley Berg. San Diego acquired Simpson from Rochester Knighthawks in exchange for Turner Evans. Simpson was selected by the Knighthawks in the NLL Expansion Draft on July 9.

The Roughnecks now hold the 7th and 8th overall picks in the upcoming draft.

The Hamilton, Ont., product was a first-round pick, 7th overall, by the Roughnecks in the 2018 National Lacrosse League Entry Draft.  He tallied three goals and 10 points in 10 games during the 2018-19 regular season.

“We are pleased to be able to get Shane back onto the Roughnecks roster after he was chosen by Rochester in the expansion draft,” said general manager Mike Board. “A previous first-round draft pick, Shane is a fast athletic player with a big upside and we look forward to his continued contributions in a Calgary uniform.”

Berg played three seasons with Calgary recording 232 points (99g, 133a) in 54 games. The Coquitlam, British Colombia product was selected in the first round, 4th overall, in the 2015 NLL Entry Draft.