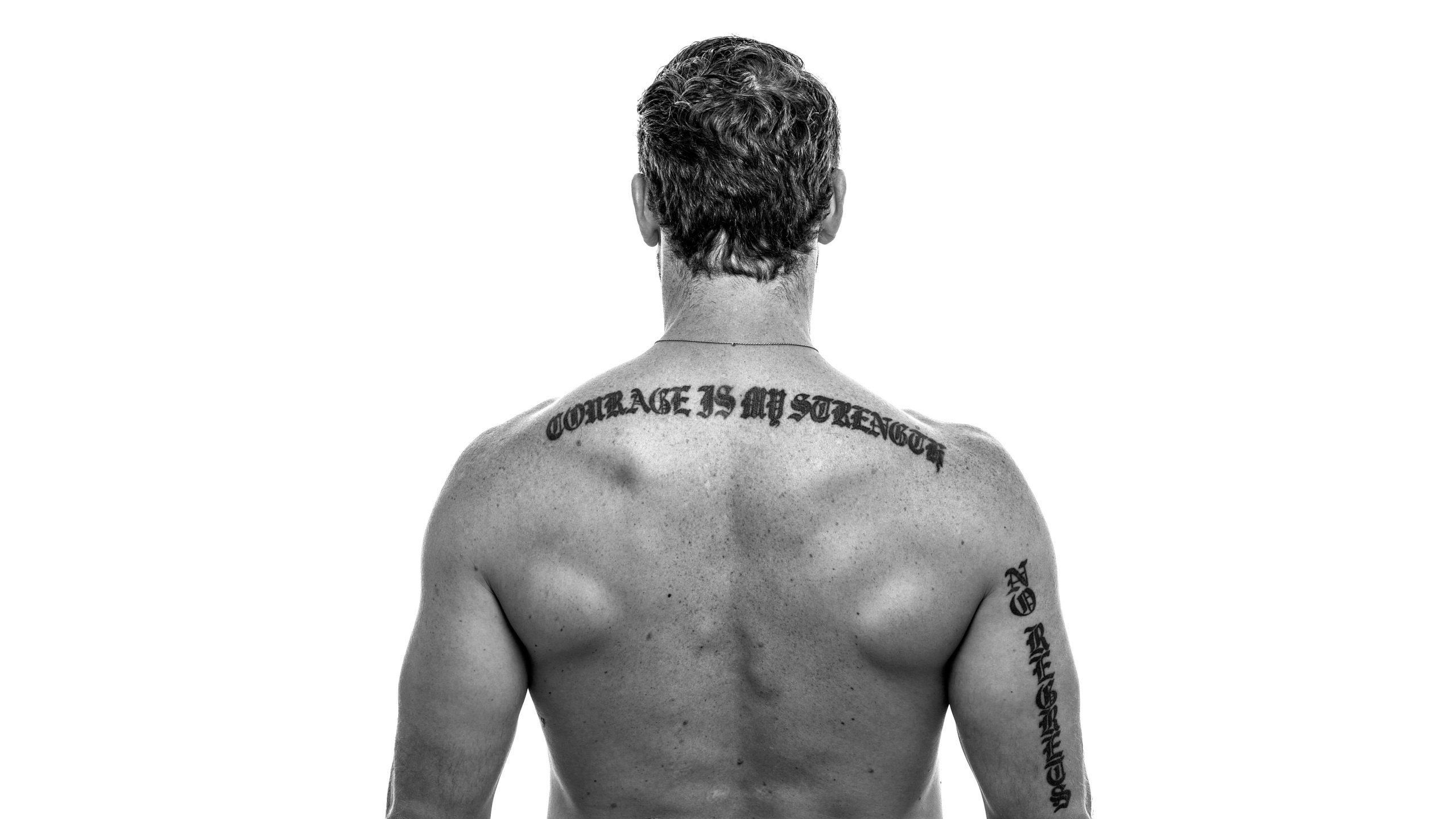 Throughout our lives, we meet plenty of people who make a difference.

Some impact it forever.

For Tyler Burton, both his grandfather’s roles in shaping who he has become is something he carries with pride – both in his life, and on his skin.

“It’s the one on my shoulder; it says ‘courage is my strength’.

“I got it for my grandpa, he always used to say that to me, and it’s something I wanted to have with me for the rest of my life.”

On the back of his arm you’ll find another very important reminder, again, from his grandfather.

Burton was inked with his “No Regrets” tattoo well before the saying became a pop-culture phenomenon.

“He always just said to live your life with no regrets, I got that when I was 19,” Burton said.

“And then that movie came out, Roadtrip. And that one guy had ‘No Ragrats’ on his chest, and now I hear that non-stop.

“But that tattoo still means a lot to me.”

On his ribs, Burton tips his hat to his other grandfather’s military service. 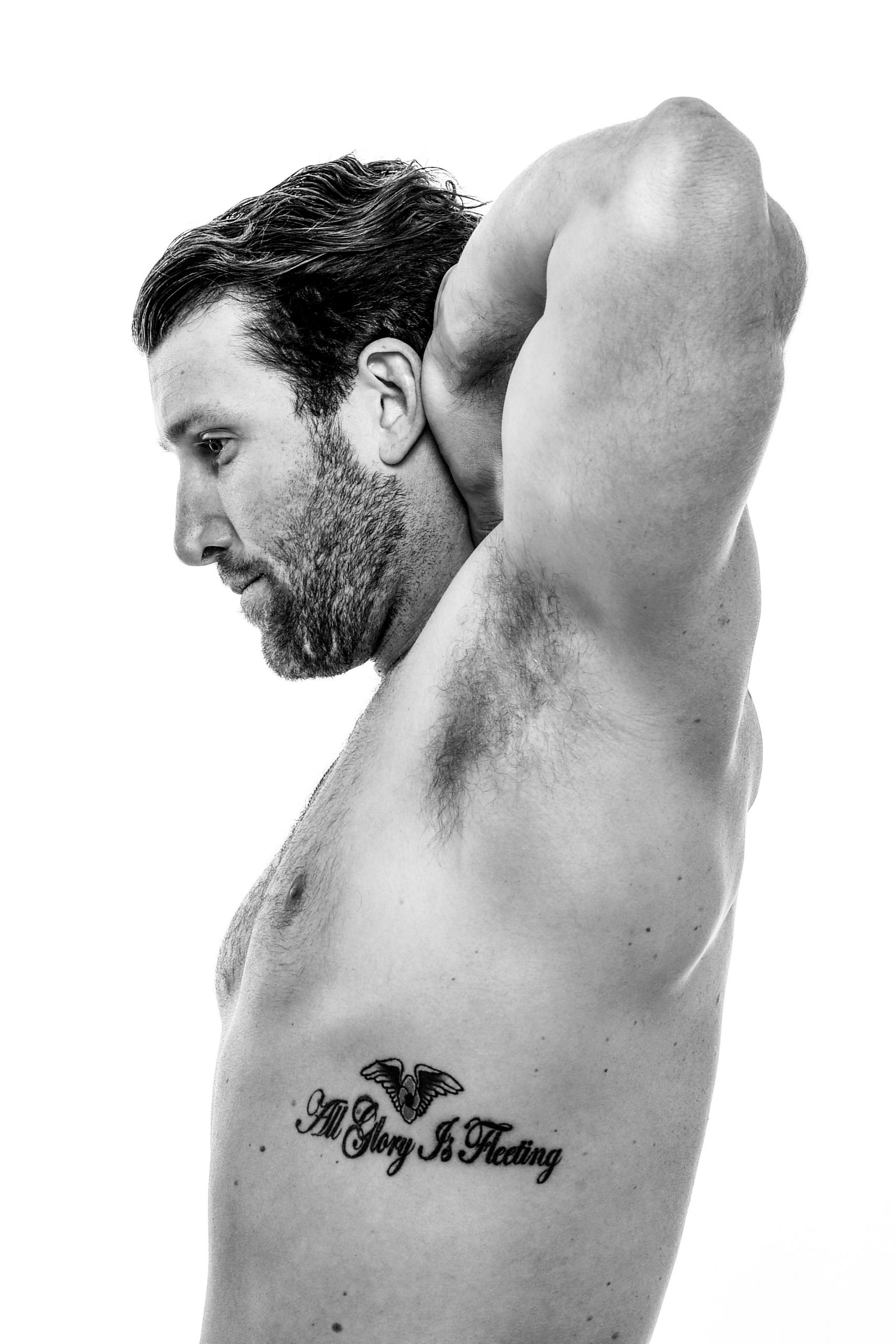 “I have a poppy with wings, that’s for my other grandpa who served in World War II,” Burton explained.

“He was a Bombardier, so it was just supporting him.

“Below it, it says ‘all glory is fleeting’ and that’s a quote from General Patton. What it means to me is that all the wins and losses are fleeting, and there’s important stuff in life that you have to always remember.”

Often, the experience means more than the result. A good example of that sentiment is the story behind the tattoo Burton has on his calf.

“I have the Canadian flag with lacrosse sticks, and I have my last name underneath,” he said.  “I got that when I was 19 when I played for Team Canada. It was my first experience on the international stage. 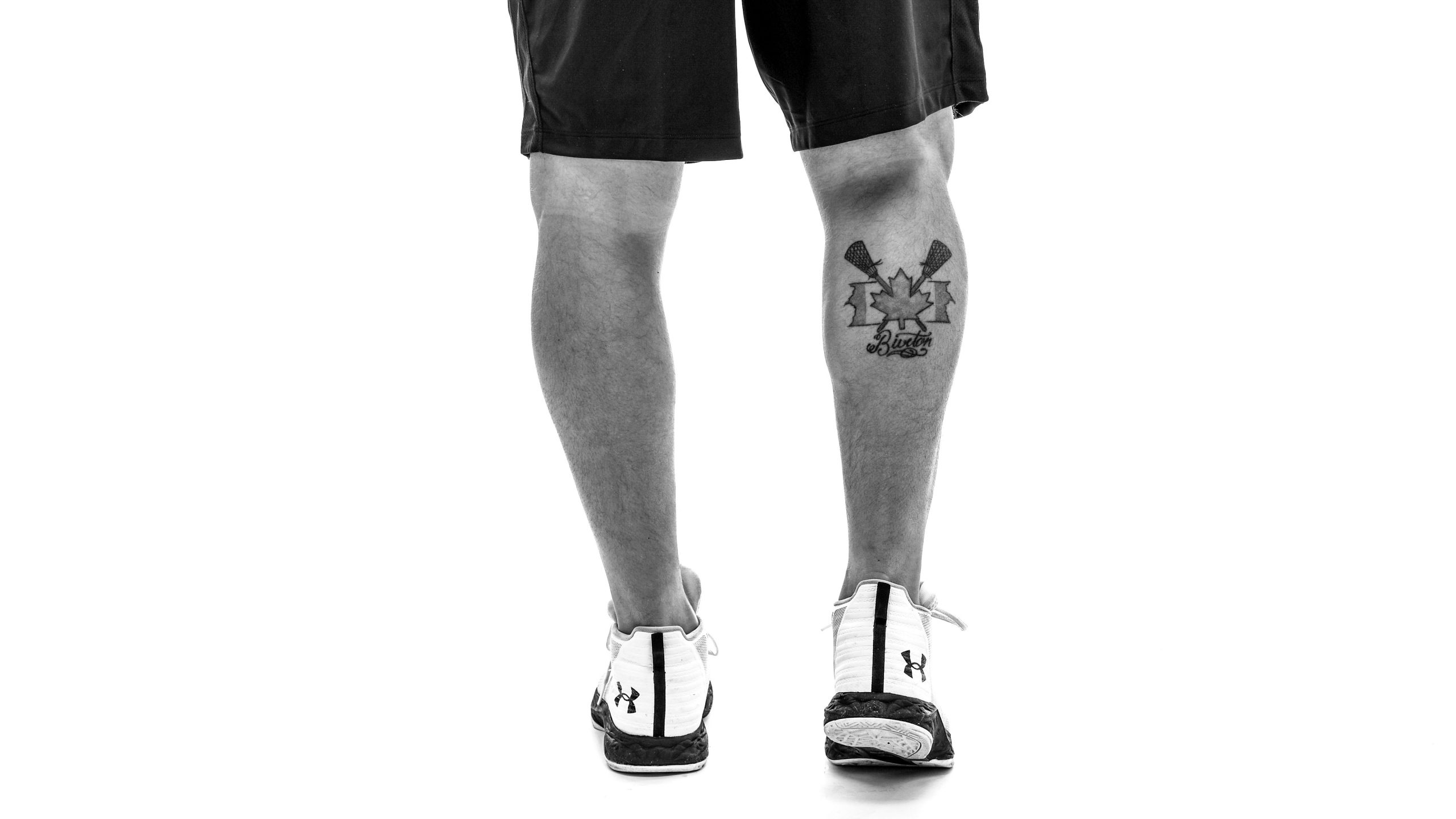 “The experience has kept with me for a very long time.

And Burton isn’t quite finished adding to his exterior diary.

“I have a full sleeve planned for my arm and chest. We’ll see if I can save up enough to get it, but me and my wife are trying to buy a house, so that’s coming first.”