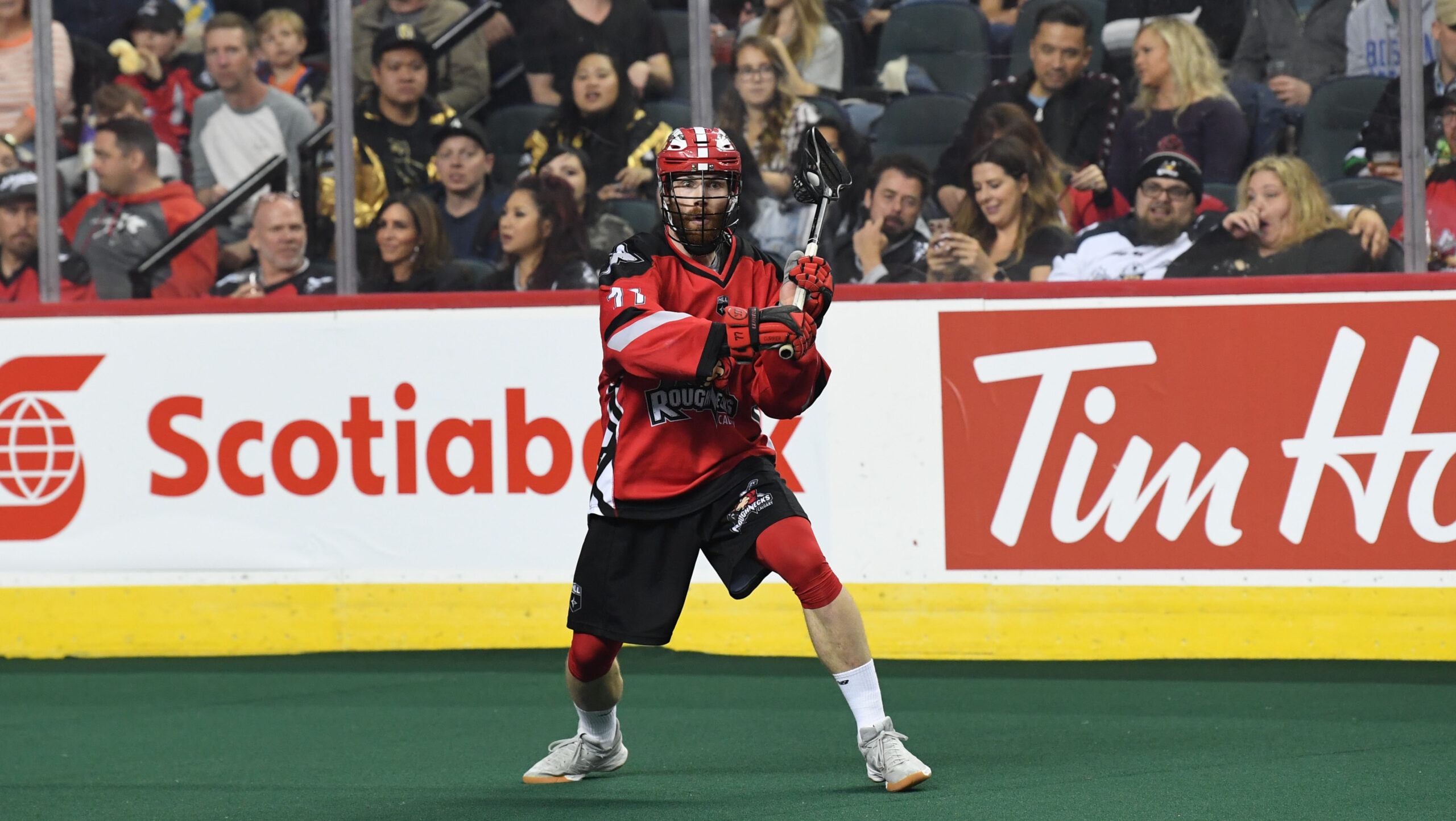 And boy did this one feel good.

CALGARY, AB – MAY 25, 2019: The Calgary Roughnecks celebrate their championship post-game after they swept the Buffalo Bandits 2-0 in Game 2 of the National Lacrosse League Finals, presented by Michelob Ultra, following a 14-13 overtime victory on Saturday night at the Scotiabank Saddledome. (Photo by Candice Ward/Calgary Roughnecks)

It was another incredible year for the sophomore Rigger, who finished second in the league in both loose-balls with 199 (only behind Jeremey Thompson, who takes face-offs regularly) and caused turnovers at 34.

But one of his biggest accomplishments doesn’t show on the stat sheet: his improvement as a defender in the NLL. As a natural offensive player, his transition to the Riggers’ defensive systems was a learning curve. 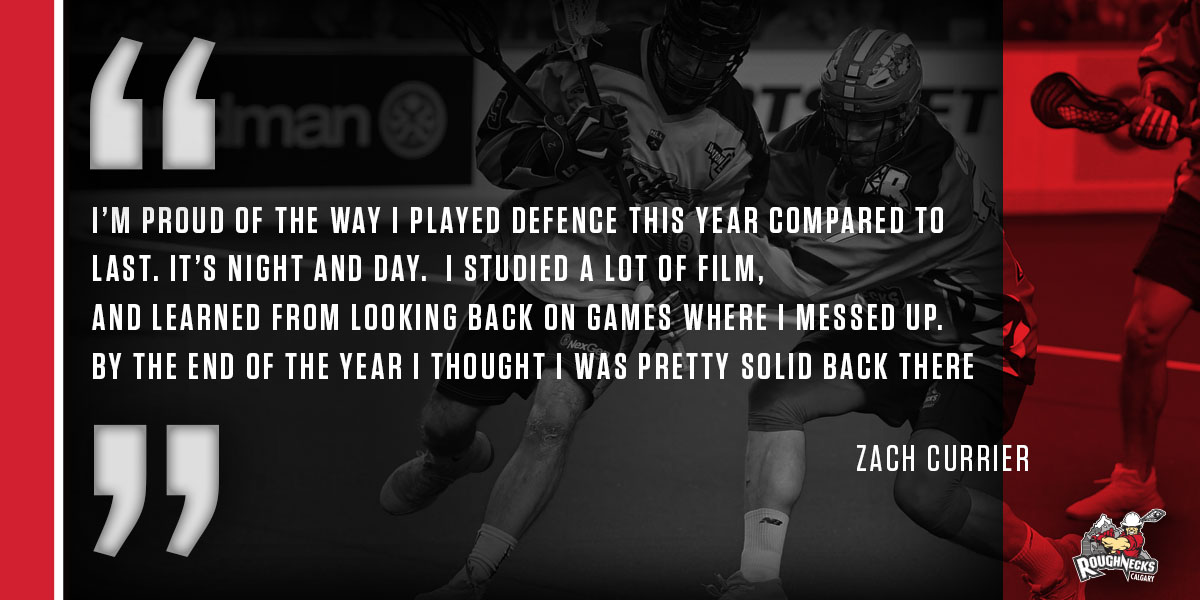 In the post-season Currier proved to be an integral piece of the Riggers’ high-tempo transition team. He tallied three points in the playoffs – including a goal and assist in the Roughnecks’ thrilling 14-13 OT NLL Cup-clinching victory at the Scotiabank Saddledome May 25.

His most important play that night, though, would come in between the Riggers’ own goal posts. In the early moments of overtime, Currier jumped in the net with goaltender Christian Del Bianco out of position, hoping to block a shot from Bandits forward Dhane Smith.

The distraction caused Smith to hit the crossbar.

Rhys Duch would score the game-winning goal on the next possession.

Currier holds one of 11 positions on our Protected Player List ahead of the 2019 Expansion Draft of July 9.