THE FRONTIERS WIN ‘ROUGHNECKS GOT TALENT’ 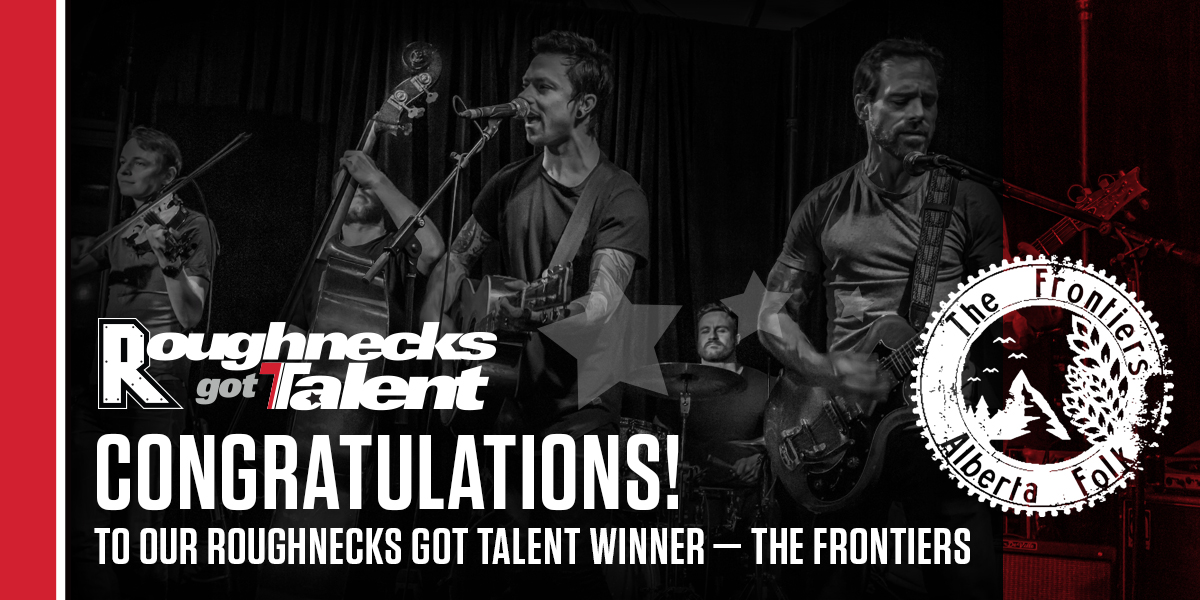 Calgary, AB – The Calgary Roughnecks are excited to announce The Frontiers as winners of “Roughnecks Got Talent”, a talent competition for local entertainers.

As winners of the contest, the five-man band will perform live during halftime at the Roughnecks 2019-20 Home Opener on December 21 at the Scotiabank Saddledome. The Frontiers pride themselves on bringing a mix of country, soul and pop to every performance, leaving no audience unsatisfied.

“We are so thrilled to be chosen as the winning group this year and we hope our performance will heighten the experience of the crowd and the players,” said Drew Jones, The Frontiers lead vocalist. “We’re going to bring the house down!”

In addition, the local group was awarded $1,000 in prize money, professional footage of their audition and halftime performance, and promotion on Roughnecks’ social media channels.

After dozens of submissions were received from musicians, dancers and other entertainers, eight finalists were selected to audition in front of a panel of celebrity judges including Roughnecks forward Sean Tyrrell, team mascot Howie the Honey Badger and two members of the Drill Crew. The celebrity judges and an executive panel then deliberated to determine the winner.

The Roughnecks open their 2019-20 home game schedule on Saturday, December 21 when they host the Colorado Mammoth in a 7:30 p.m. start. Calgary will raise the 2019 NLL Championship banner with the first 3,000 fans in the building receiving mini replica banners. Scotiabank Saddledome doors open at 6:00 p.m. for the $5 Happy Hour featuring food and beverage specials at all concourse concessions.

Single game tickets are now on sale, visit Ticketmaster or the Scotiabank Saddledome box office to join the Rough House party. Fans can also secure a seat online at CalgaryRoughnecks.com or by calling 1-855-985-5000