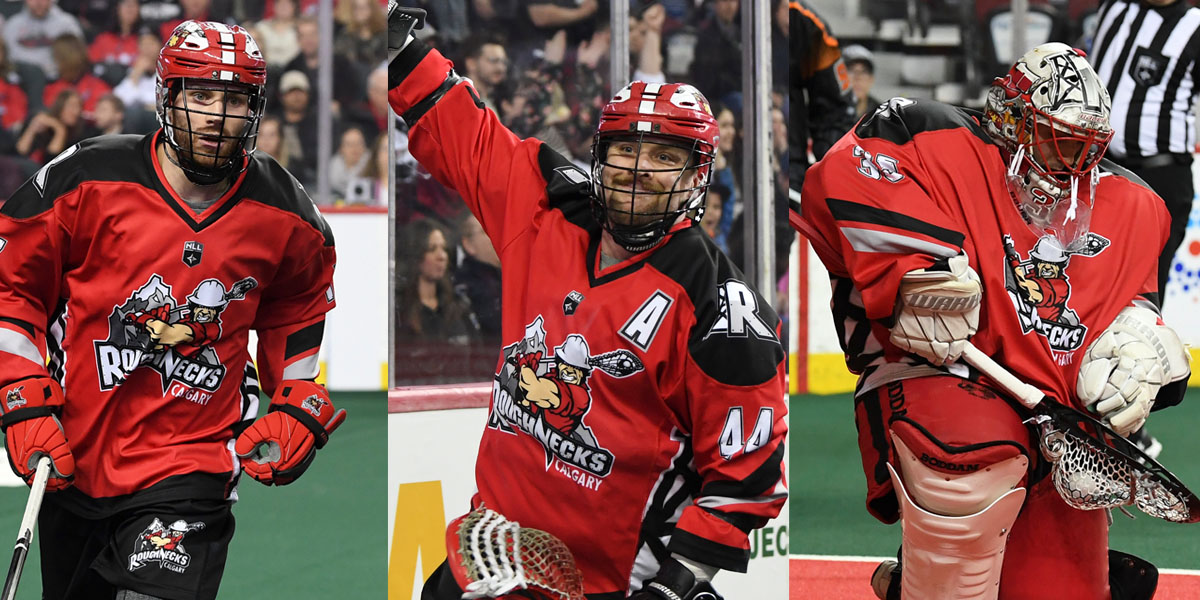 Dobbie, a product of Elora, Ontario, led the league with 115 points (47g, 68a) in the 2019 regular season, a career-high for the 32-year-old veteran. He continued to dominate the scoresheet in the post-season being named Finals MVP after tallying a league-leading 12 goals, including five on the power play, and 14 assists, five with the man-advantage. Dobbie, now named to an All-Pro Team for the second time (2014 All-Pro Second Team), was selected by the Roughnecks in the first round, fourth overall in the 2007 NLL Entry Draft. Over 12 seasons in Calgary, the 2019 NLL MVP has amassed 418 goals and 866 points in 178 games, holding franchise records for most goals, assists and points.

Currier wrapped up his sophomore season second in the NLL with 199 loose balls and 34 caused turnovers. The 25-year-old defense/transition player recorded his first post-season goal in the championship winning game against Buffalo on May 25 and led the league with 40 loose balls and eight caused turnovers. Currier has been named to the All-Pro Second Team for the second consecutive year, also serving on the All-Rookie Team in 2018. Calgary selected the Peterborough, Ontario product third overall in the 2017 NLL Entry Draft.

Del Bianco closed the 2019 regular season with a career-high 10 wins playing more minutes than any other goaltender in the NLL (1074.44) and stopped a league-leading 716 shots on goal. The 21-year-old ended his second playoff run with four wins to claim the NLL title, leading all goalies in minutes played (241.12), with a 0.838 save percentage and most saves with 181. The Coquitlam, British Columbia product was selected by Calgary in the second round, 15th overall in the 2015 NLL Entry Draft.

The 2019 NLL Season Awards are determined by a vote of the league’s Board of Governors, General Managers and Head Coaches.