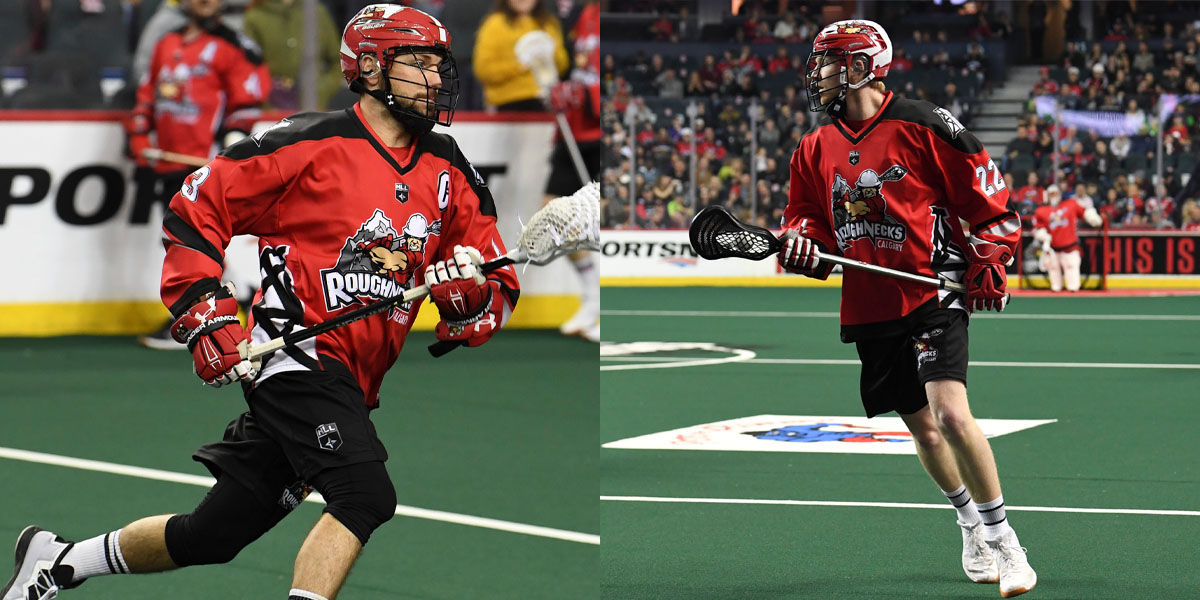 Calgary, AB – The Calgary Roughnecks today announced that defenders Shane Simpson and Dan MacRae have been claimed by the Rochester Knighthawks and New York Riptide, respectively, in the 2019 National Lacrosse League Expansion Draft.

Simpson, selected by the Knighthawks in the fourth round, 7th overall, played 10 games with the Roughnecks after joining the team in the 2018 NLL Entry Draft. The Hamilton, Ontario product tallied three goals and 10 points during the 2018-19 regular season.

New York selected MacRae in the fourth round, 8th overall. The 31-year-old defenceman was Calgary’s first round pick, 6th overall in the 2010 NLL Entry Draft. He played 145 games with the Roughnecks recording 100 points (22g, 78a) and served as team captain for two seasons.

“Like all current teams, we expected to lose two good players in the expansion draft, and we did. We would like to thank Dan MacRae and Shane Simpson for all their efforts during their seasons as Roughnecks and for helping us to become the 2019 NLL champions” said general manager Mike Board. “It’s always tough to lose players, but the league is growing and the price that teams pay is helping to stock the expansion rosters. We will now focus on building the team for the future through free agency and the entry draft”.