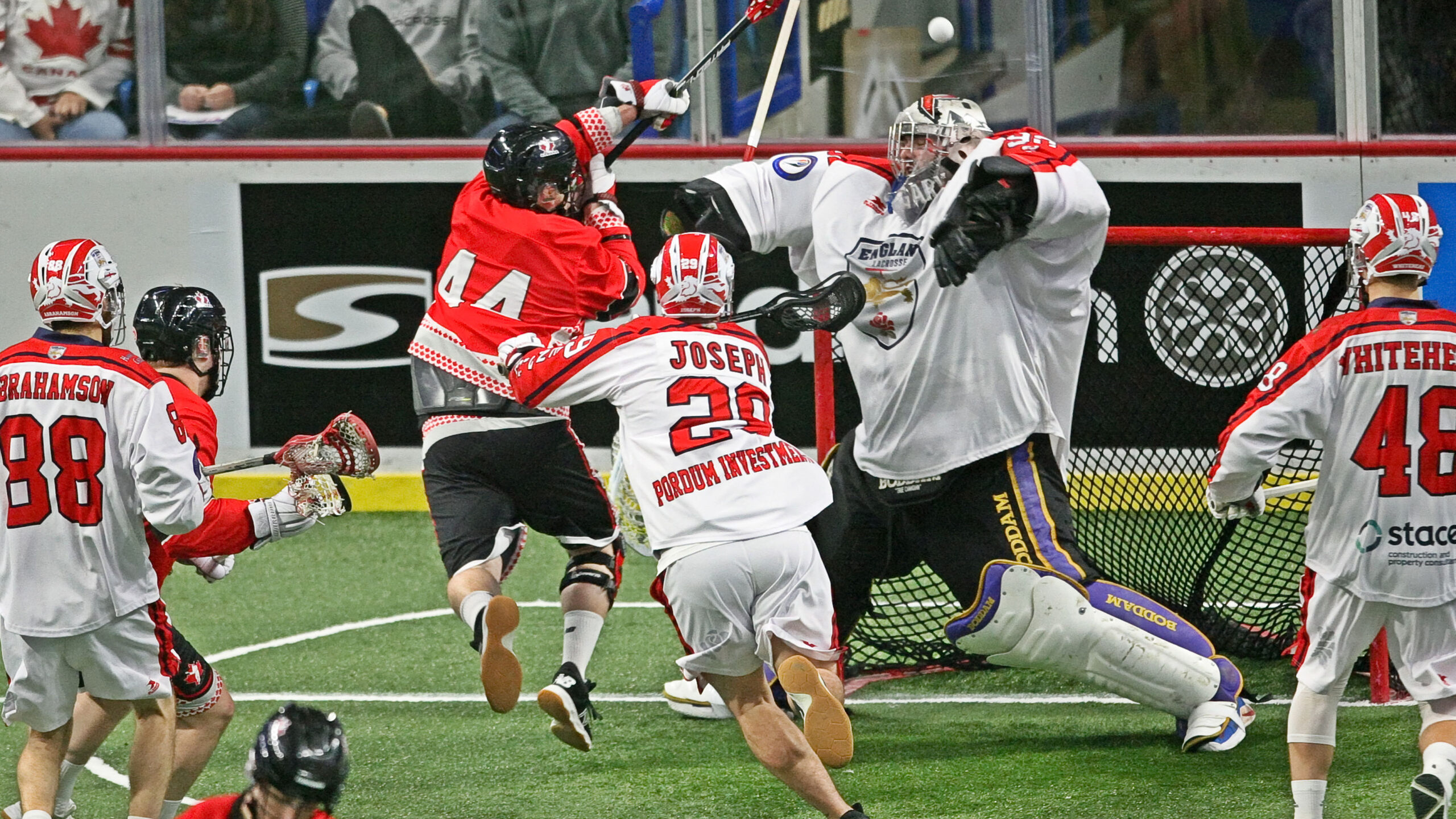 After a decisive 21-4 victory over Team England during the 2019 World Indoor Lacrosse Championships (WILC) Semifinal Thursday night, Team Canada has advanced to the gold-medal game.

This is the fifth-straight WILC in which Canada will compete for the world title.

Curtis Dickson was super, to say the least, in the Semifinal tilt racking up three goals and nine points, while Dane Dobbie scored twice and recorded three helpers.

Christian Del Bianco and Zach Currier did not record any stats on the night.

Canada will now take on a strong competitor, the Iroquois Nationals, for gold Saturday at 9 p.m. MT.