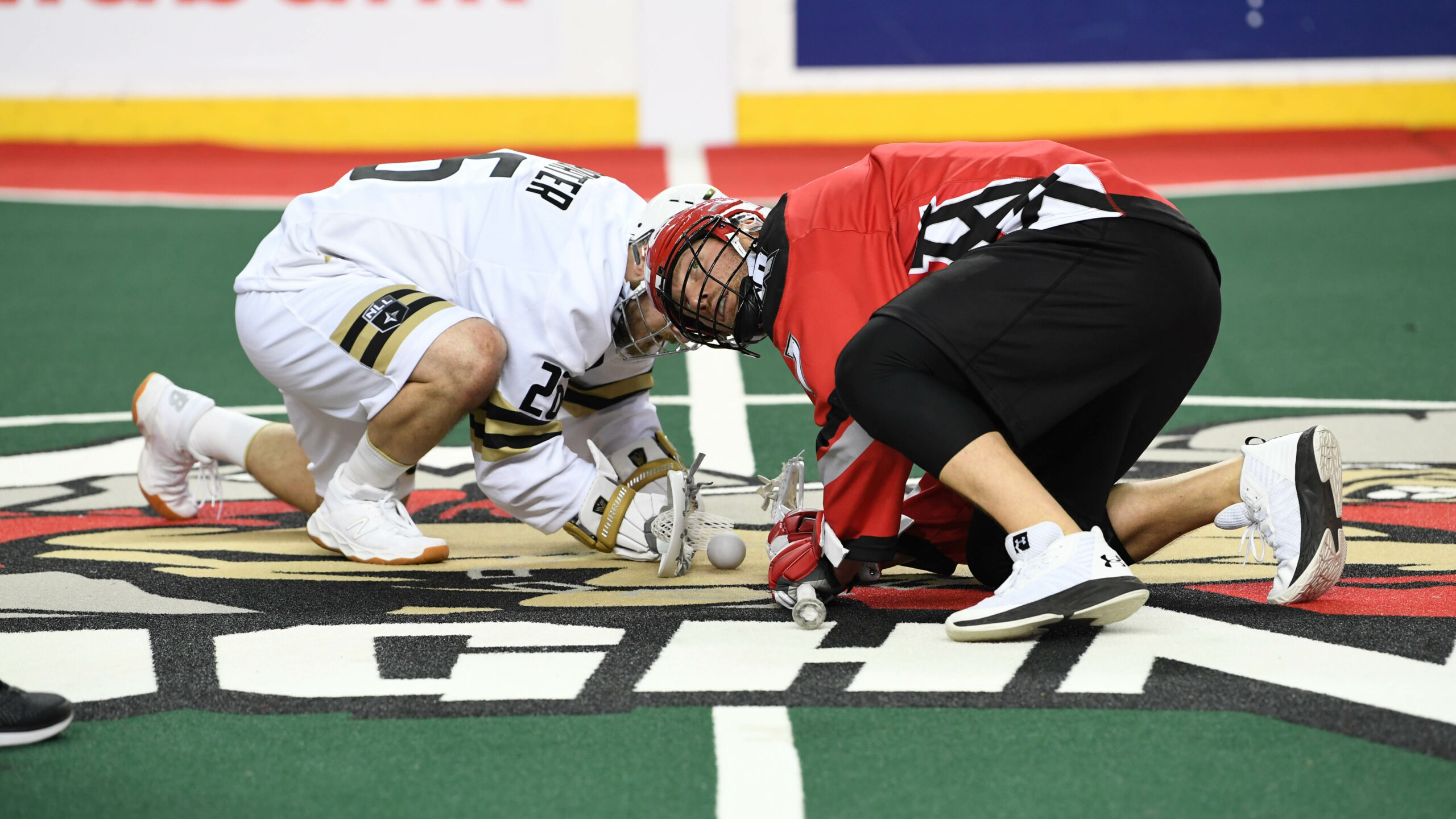 RIGGER RAMBLINGS: The Calgary Roughnecks begin their 2018-19 road schedule tonight when they visit the Vancouver Warriors’ new barn, Rogers Arena. The Riggers will look to rebound following their 14-13 overtime setback against the Warriors last Saturday at the Scotiabank Saddledome. Calgary held a 12-8 advantage heading into the fourth quarter and the Warriors were able to string together five unanswered goals tying it up with just 0:22 left in the game. Matt Beers scored 4:17 into overtime to secure the win for the visitors. Dane Dobbie (5g, 4a) led the Roughnecks with nine points followed by Tyler Pace (2g, 4a) with six. Logan Schuss (3g, 6a) matched Dobbie’s nine-point effort for Vancouver.

VS. VANCOUVER: Tonight marks the second of three regular season meetings between the Roughnecks and Warriors. Vancouver holds the advantage in the season series following last weekend’s 14-13 overtime win at the Scotiabank Saddledome. Calgary swept their four-game series during the 2017-18 regular season and outscored Vancouver by a combined 74-44. Curtis Dickson (14g, 19a) led the Riggers with 33 points while Logan Schuss (8g, 9a) topped the Vancouver Stealth with 15. Next meeting: Saturday, Feb. 2 at Calgary (Scotiabank Saddledome).

DIVISIONAL DIET: Tonight marks the second of four West Division contests for the Roughnecks. During this span, Calgary will also meet San Diego (Dec. 28 at home) and Colorado (Jan. 6 on the road). Last season, the Roughnecks finished 5-5 against West Division opponents.

DEL BIANCO’S ASSISTS FOR KIDS: On Saturday Roughnecks goaltender, Christian Del Bianco, and the Roughnecks Foundation proudly announced a new charitable program, Del Bianco’s Assists for Kids presented by Ascent Consulting Ltd. The partnership will see both Del Bianco and the Calgary Roughnecks Foundation direct $30 while Ascent Consulting Ltd. donates $500 for every regular season assist recorded by the Calgary goaltender. In addition, Del Bianco is auctioning off his helmet on ElevateAuctions.com, which features the KidSport logo. Auction details will be communicated in the new year. Del Bianco tallied 17 assists during the 2017-18 regular season and hopes to increase his point total this year.

THE ROAD AHEAD: The Roughnecks now head home to the Scotiabank Saddledome for their only Friday night matchup this season on Dec. 28. Game time is 7:00 p.m. MST. It’s the biggest Ugly Christmas Sweater Party in Calgary as the Riggers take on the San Diego Seals for the first time ever. There will be concourse activities including music, a variety of games and a Christmas photo booth. Fans are encouraged to wear their best (or worst) holiday sweater and bring one to donate to Project Warmth for those in need this holiday season. Project Warmth will also be accepting winter jackets, toques and gloves of all sizes.